On the magic of seeing your home country through fresh eyes 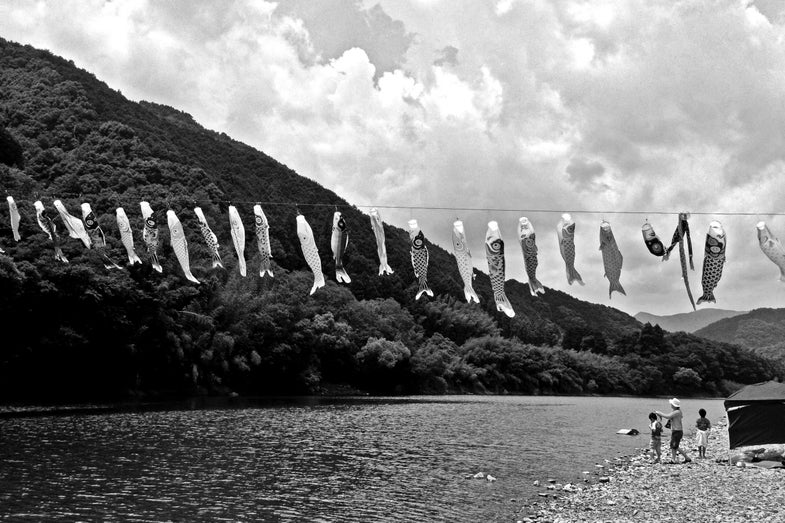 Last summer New York-based photographer Hiroyuki Ito set out on a five-week trip with his wife, traveling through Japan on a JR Pass. The discounted train pass, which is sold through the Japan Railways Group, allows one to ride an unlimited number of trains for a flat fee. The passes are typically reserved for foreign tourists, making Ito and his wife ineligible, but a loophole that allows Japanese citizens who have a permanent residency in a foreign country to purchase the passes too. When Ito and his wife received U.S. green cards in June 2015, the JR Passes were the first thing they bought. In their first 18 days back in Japan they visited 26 cities.

The five-week trip served as inspiration for Ito’s most recent self-published book, Japan, which sees the photographer rediscovering his home country. Here, he speaks with American Photo about not overthinking his work, the joys of shooting like a tourist, and the freedom of self-publishing.

Did making your book on Brooklyn last year influence the way you thought about and shot for this project on Japan?

The approach of how I take pictures is the same—I just shoot on the streets. I also don’t have a concept or preconceived idea when I start working on something. I just take pictures and when I accumulate prints I start editing. I think there are people who are very good at planning and will come up with a really strong concept and then come up with great pictures. I would rather just take pictures. I don’t want to think too much. I just let the pictures kind of take me to wherever I should go.

In the book’s intro you write about this project being about rediscovering your home country—what did you notice about Japan during the trips you took in 2015?

There was a period of time that I didn’t go to Japan for 20 years. When I first went back in 2011, it threw me off because I didn’t see the change gradually. After that I started going back like twice a year, but I realized that it still throws me off. It’s not just me who is confused, but I think that Japan itself has an identity problem.

Do you think all the years you spent living in New York contributed to your perspective change?

That’s a good question. I think that when I was living in Japan, I really didn’t want anything to do with it—probably that’s how everybody feels about their home. I wanted to get out of it as soon as I could, which I did. When I came back after spending 20 years in New York, I could probably see the more positive parts of Japan. Because I’m not living there and I’m just visiting there is a feeling like I’m kind of a tourist, so I tend to appreciate what’s good about Japan and the Japanese people. Then, when it starts to get on my nerves, I just go back to New York.

How do you think that affected the way you photographed?

When I see photographs of Japan by Japanese photographers, I have a feeling that I cannot beat them—they are living there and they are spending time everyday. I cannot pretend that I know better than they do, so I try not to pretend that I’m an expert on this subject. When I look at my pictures, they look like they were taken by American tourists, you know? But when I say that, I don’t mean it completely negatively. There’s something good about being a tourist—having a fresh eye, coming from different places. I still feel that even when you are running from one place to another, what you catch from your corner of eye can tell something about the country too.

What types of images were important to tell the story?

I wanted to evoke the rhythm that I felt when I was walking down the street. I don’t care much about the individual pictures. I don’t care whether they are good or bad because I feel like that’s not my job. My job is to take pictures.

Why did you decide to shoot film for this project?

I studied photography in the early ’90s in school, so that’s how people did it: you shoot the film, you process the film and then you make prints. That’s how I developed my way of working. I know how to shoot digitally too and send images through an FTP. It’s not so much about being nostalgic but I feel like, if it’s working, then why not keep doing it? When I started photography I didn’t think of it as something cutting edge. I thought photography was already outdated. When I decided to be a photographer I didn’t care about catching up with the technology. The more important thing was to develop my own voice. Kodak still makes Tri-X, so why not, you know?

This is the fourth book that you’ve self-published through Blurb—what is it that you like about self-publishing?

Nobody demands my work so if I waited for people to give me a project to make a book, then I might just not publish anything and then I just die. I feel like if nobody asked me for anything, I might just make it for myself. When I was a student, I didn’t have to pay my rent so I just shot what I wanted to shoot. That was how I was shooting at NYU. Then I started with the Village Voice and I eventually moved to the New York Times. I had an illusion if I worked hard, people were going to give me what I wanted to shoot. That never happened, nobody asked me to do what I wanted to do, so I just had to do it by myself.

I’m not very good at explaining my work and asking for money through crowd funding. I get depressed when I try to promote myself, it kind of drains me. I feel like instead of asking people to give me money to make a book, I want to use that energy to do editorial work to make money and then use my own money to do the thing. It’s faster. I’m not trying to make money from the book. I just want people to get it.

Copies of Japan can be purchased through Blurb.