See the Photos that Magnum’s Photographers Consider Their Decisive Moments 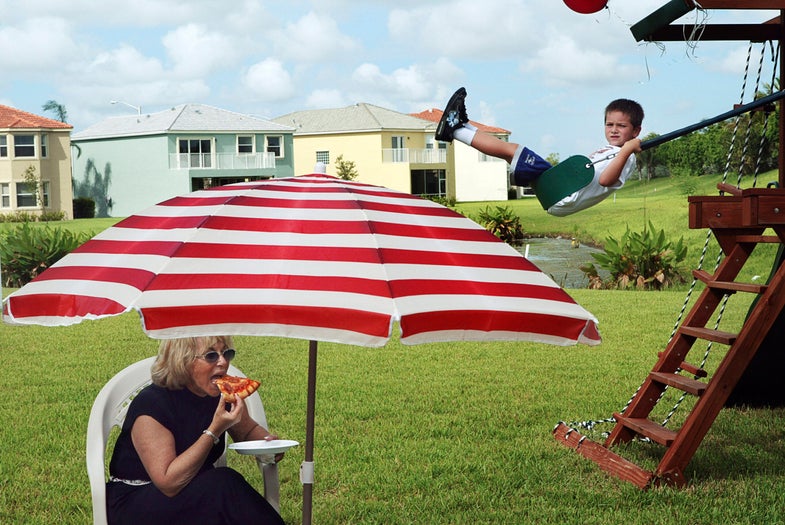 This morning Magnum launched a new week-long 6×6 print sale celebrating the photography co-op’s 69th anniversary and the notion of the decisive moment—which was coined by Magnum co-founder Henri Cartier-Bresson.

The print sale, which features work from over 70 Magnum photographers, served as an opportunity for the photographers to dig through their archives and question what goes into capturing those decisive moments. The Magnum Square Print Sale will run until Friday, June 10, 2016 until 6 p.m. EST.

“I sat there on the beach, thinking of you: the black of you in all that white, tail rolling into whiplash. You had all of a sudden nipped your head back at me. Jowls hanging, ready to bellow a bark, your body curved perfectly in line with the deep slight arc in the snow above you. How that 25-year-old me wished hopelessly that I had met you before Josef had. And just then in a blink of an eye the dog crossed over to a past frame. This is perhaps the last photo from a time when, for me, photography was all about the idea of ‘the decisive moment’. Thank goodness I soon found a world far larger than it.” 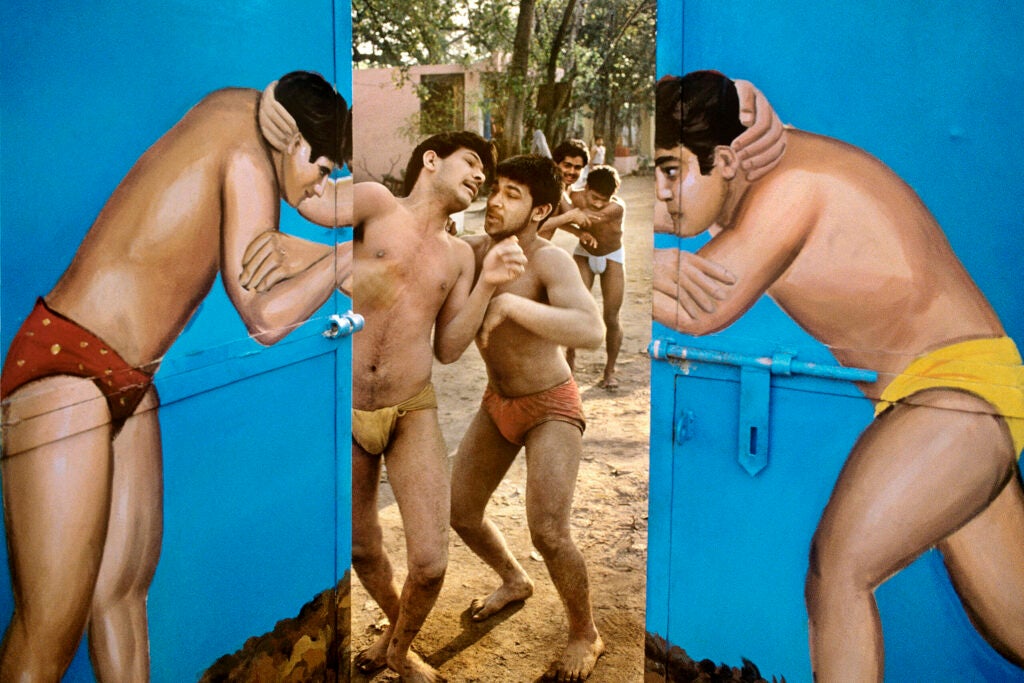 “I shot this image in 1988 when I was doing my second book on Delhi. While driving past, I saw the main door of a wresting complex (Akhara) garishly painted with two guys in a dramatic wresting posture. I stopped and as I pushed the door open this is what was going on inside. I stayed on the spot and shot a few frames where the inside and outside human body shapes came into certain relationships, thanked them, shut the door and came back. There are certain situations that are physically very dramatic and potent; what you need to do is to wait for the moment when respective elements–in this case human forms and physical action–come into a certain kind of rhythm and relationship to make the experience whole and enhance the strength and structure of the frame, bringing a certain kind of dynamism into it. Of course, the colors were dramatic and the forms did the rest of it, and this is how the decisive moment appears to disappear again.” 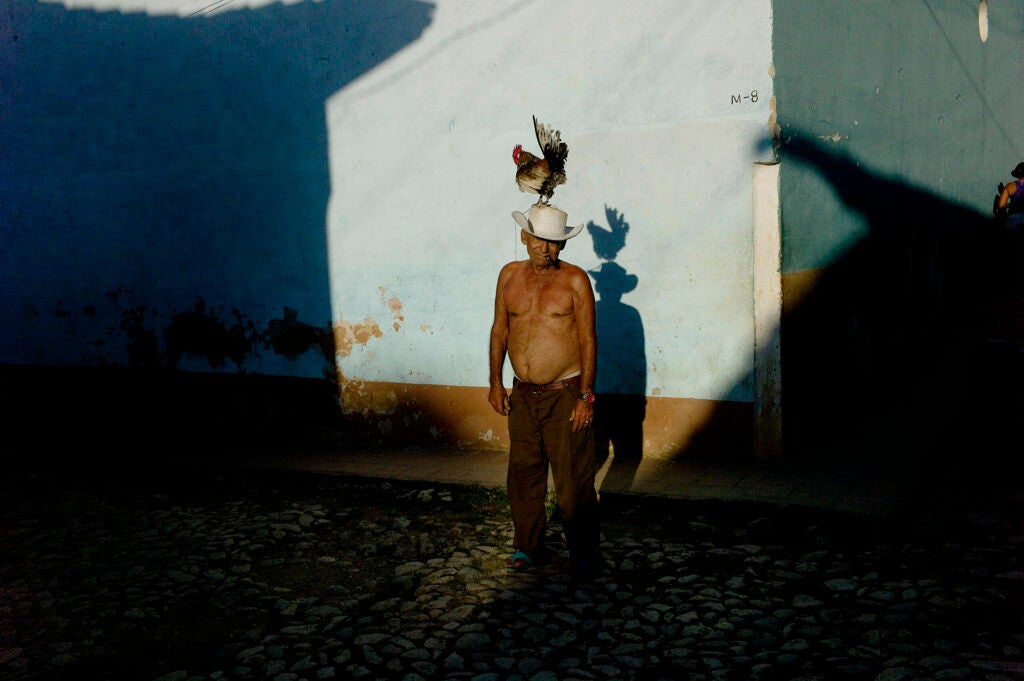 “I often followed this man and his rooster on the edge of town. He strolled around, smoked his cigar, talked to his pet. What the afternoon light connects is a minute peak of the action between the two.” 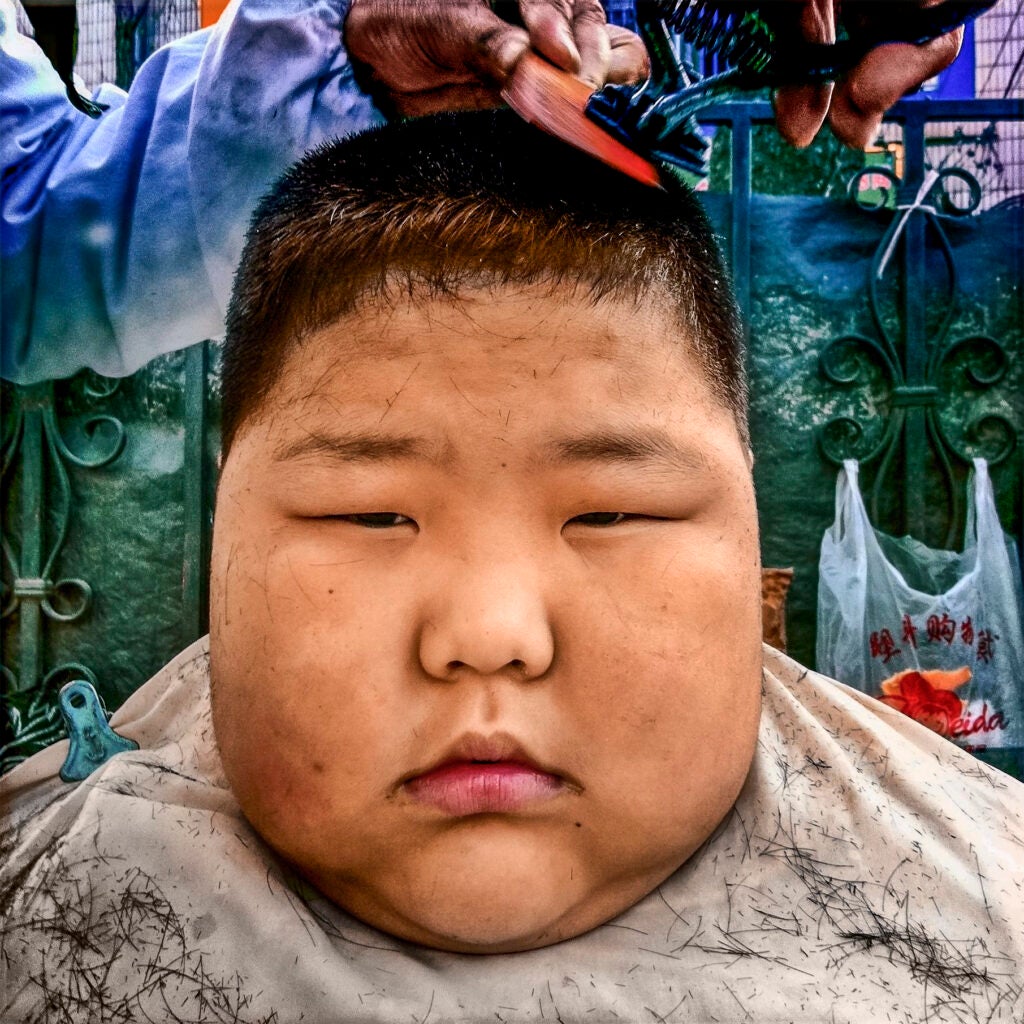 “Sometimes I’m able to capture a decisive moment and other times, call it slow or lazy, I’m just dumbfounded by what is in front of me and am either late or I completely forget about photography and take no picture. In this case, I was lucky the dumbfoundedness allowed me to at least be late and to take a ‘more or less’ decisive moment. It is ‘more or less’ decisive because when I consider the decisive moment I of course think of Henri Cartier-Bresson and a photograph with a subject engaged in a moment that lasts a fraction of a second. In this image there is a moment with the street barber and his tools, but it is secondary to the boy’s expression, the subject, which continued for at least a minute. From the time I first spotted him amid a flurry of shoppers during rush hour in downtown Dalian, China, until after the photograph was taken he was still as a stone, just like this.” 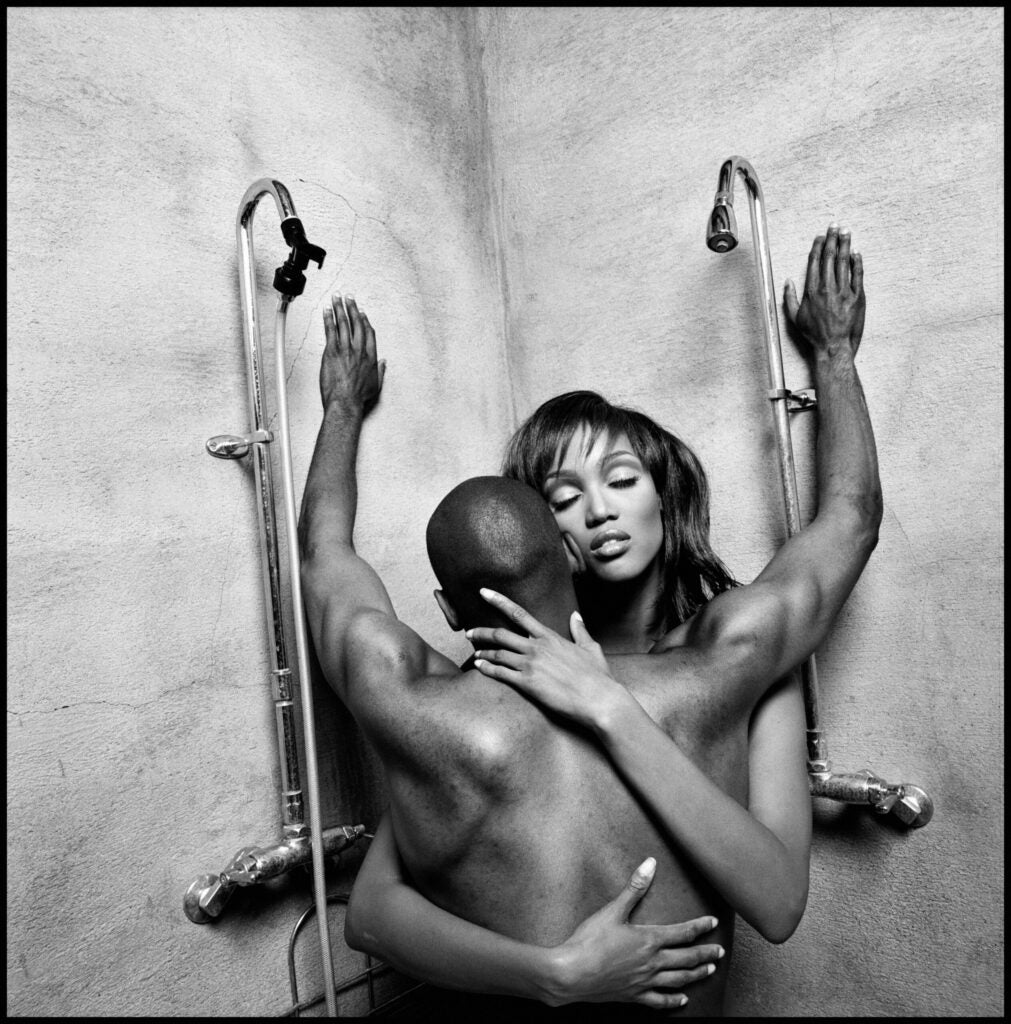 “Tyra had asked me to do a shoot with her after seeing a contact sheet of photos of another actor during downtime on a set. We were both fatigued during the shoot because we had worked on a night-shoot production the night before. When John showed up to hang out and watch during my private shoot with Tyra, I had the idea to shoot some images of them together but I also did not want to infringe on their privacy. John suggested I do some photos of them together. Tyra is what I think of as a generous, intelligent, and sensitive human being, as well as being a beautiful woman, and John is an impassioned artist filmmaker, who is a brilliant writer, connected with the world he lives in. I wanted to capture an image of the two’s feelings for each other at that particular point. Tyra briefly closed her eyes and the moment was there.”
American Photo
Documentary
Magnum Photos
Magnum Square Print Sale
news