40 years of NYC through the eyes of 12 photographers 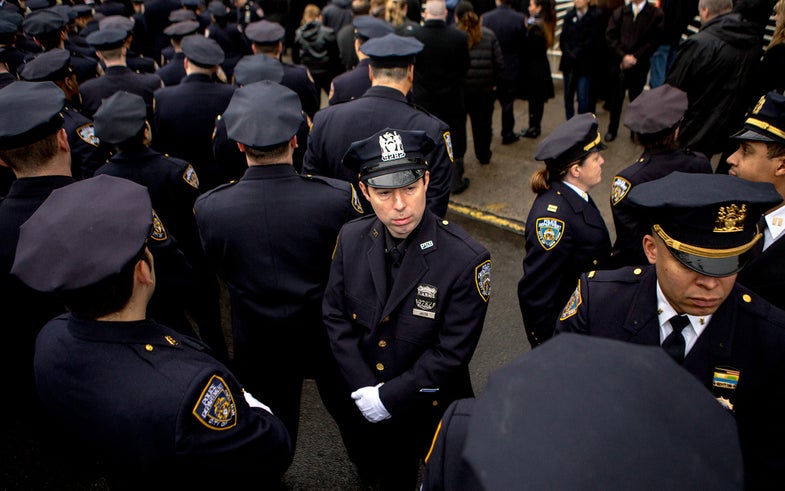 “Thousands of officers from the NYPD and police departments across the country assembled in Brooklyn to lay murdered officer Wenjian Liu to rest… and to protest Mayor Bill De Blasio. The majority of cops attending the service turned their backs on outdoor screens showing the mayor as he addressed mourners inside the funeral home. This officer is one of a handful of officers who didn’t take part in the demonstration.” 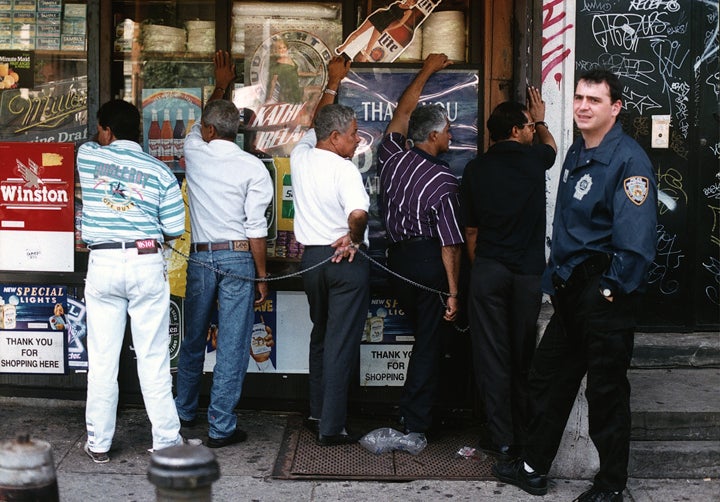 “The bodega on my block—we bought our milk and other small items there. We were friends with the Dominican guys who ran it. Like the bodega on my block, many in the community also sold drugs, or some kind of contraband. Around where I lived drugs was a 24 hour 7 days a week business. A part of the life.” 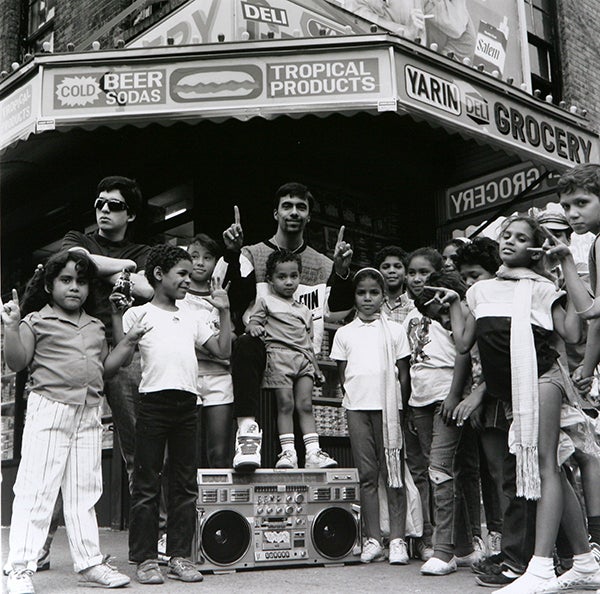 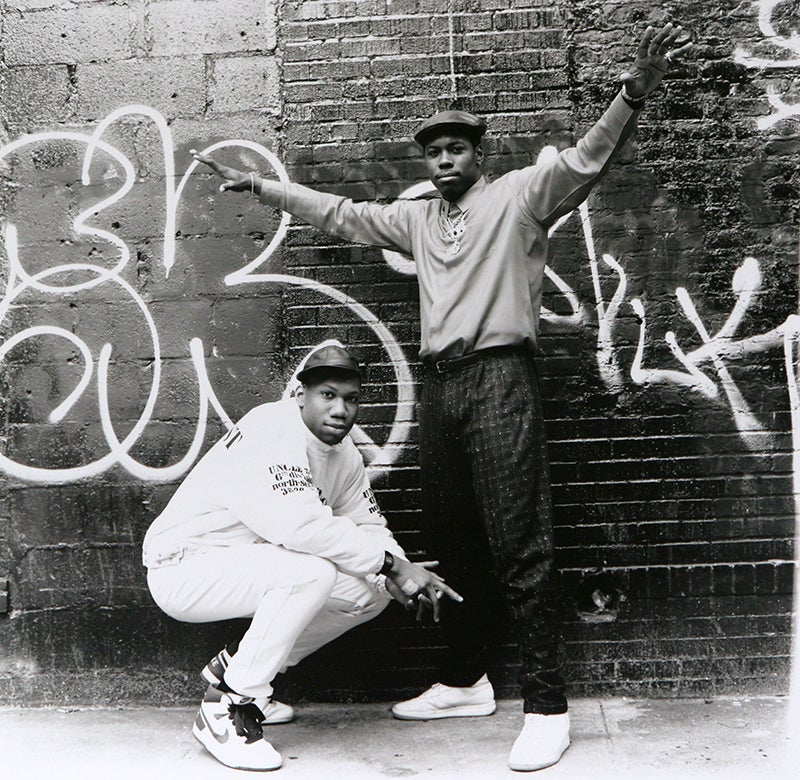 “I shot this photo of BDP for their record company press release of their album ‘Criminal Minded’ Sadly DJ Scott La Rock was murdered months after the album release.” 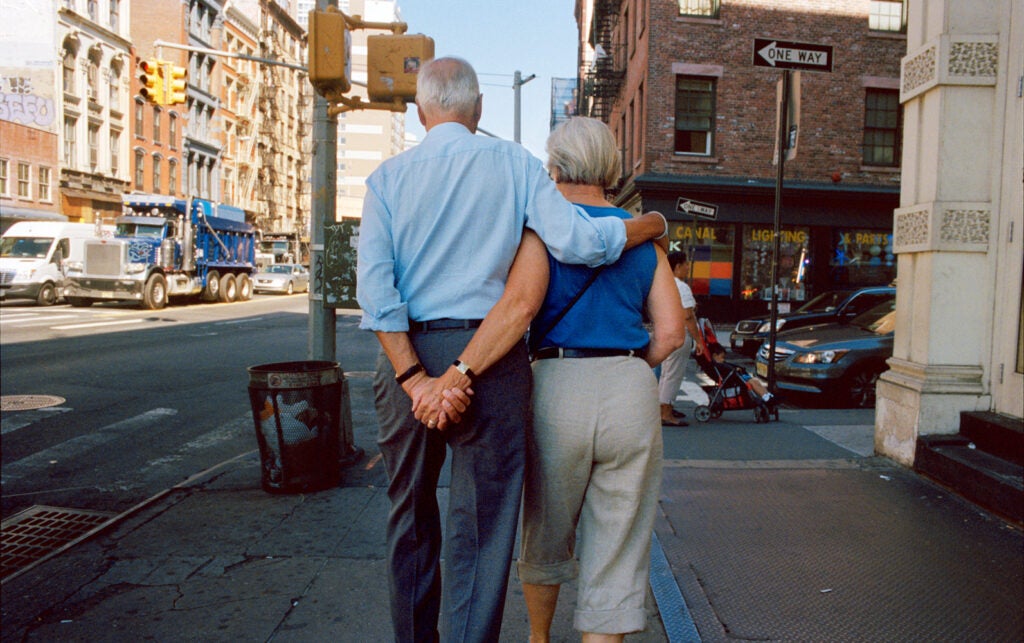 “I stepped out of the Canal St. subway station when I spotted this elderly couple. They turned on the next block, I never saw their faces.” 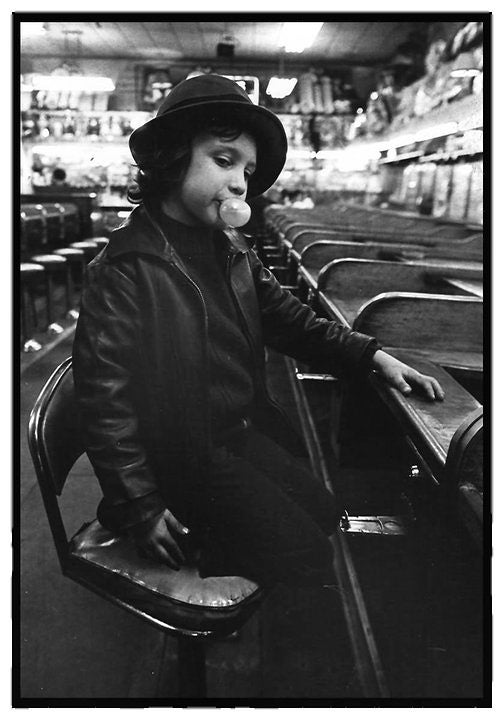 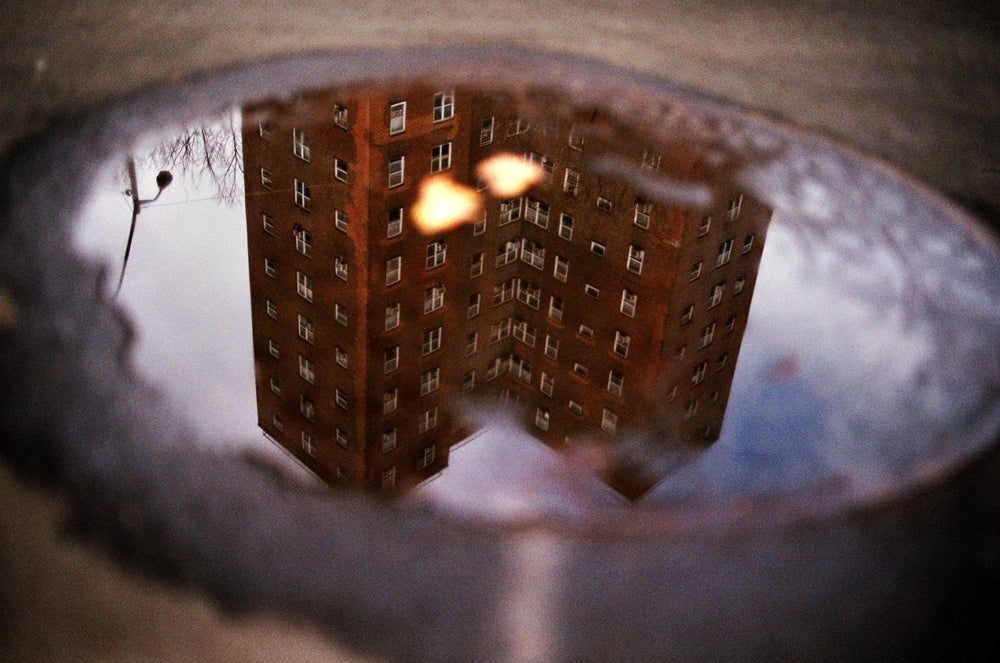 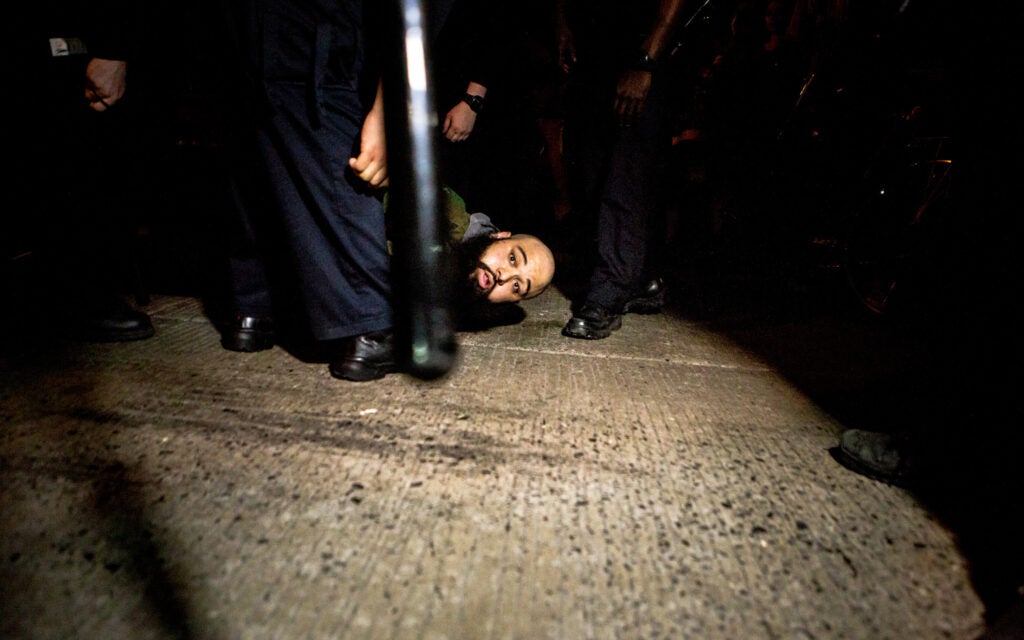 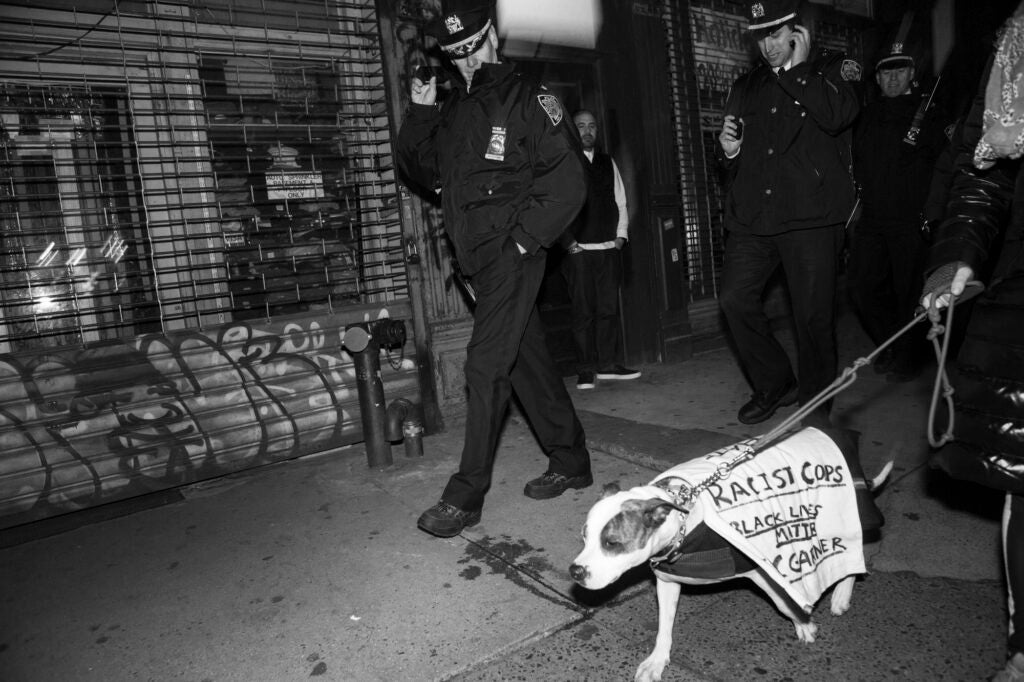 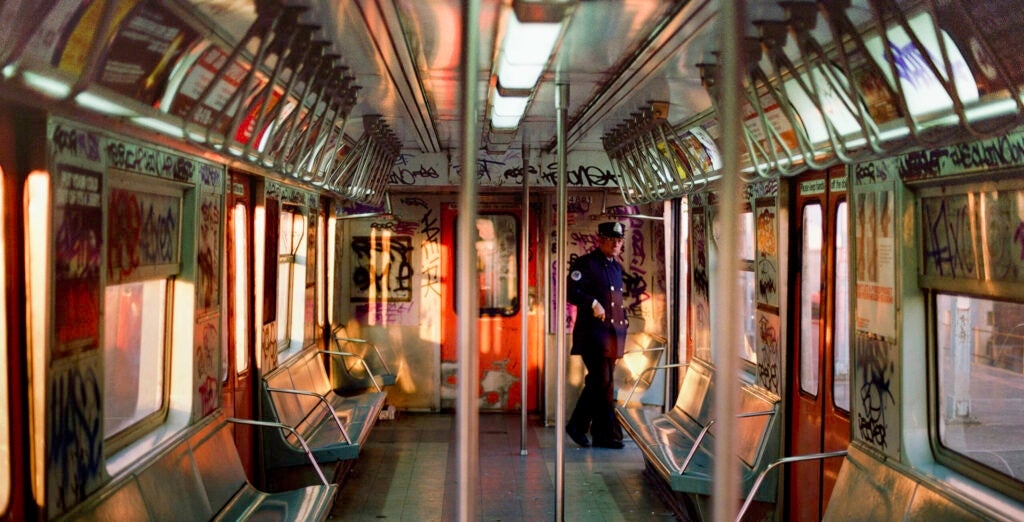 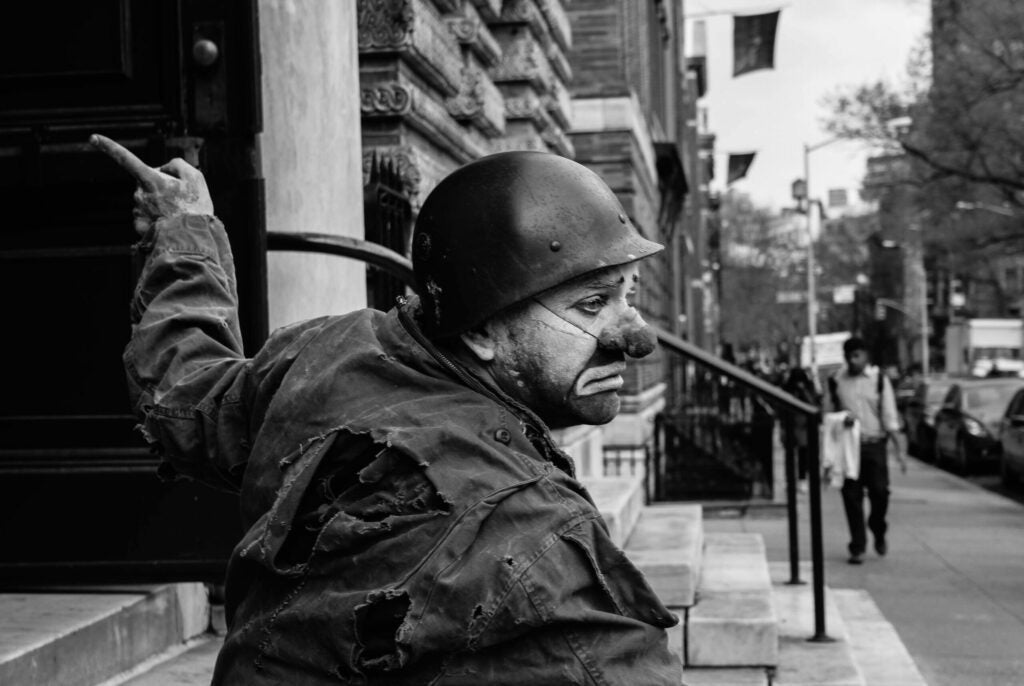 “Walking by the NYU area in Soho, I stumbled upon this Clown dressed as if he just arrived from war. He never spoke a word or acknowledged anyone’s existence, just stood on a stoop of a church pointing at it.” 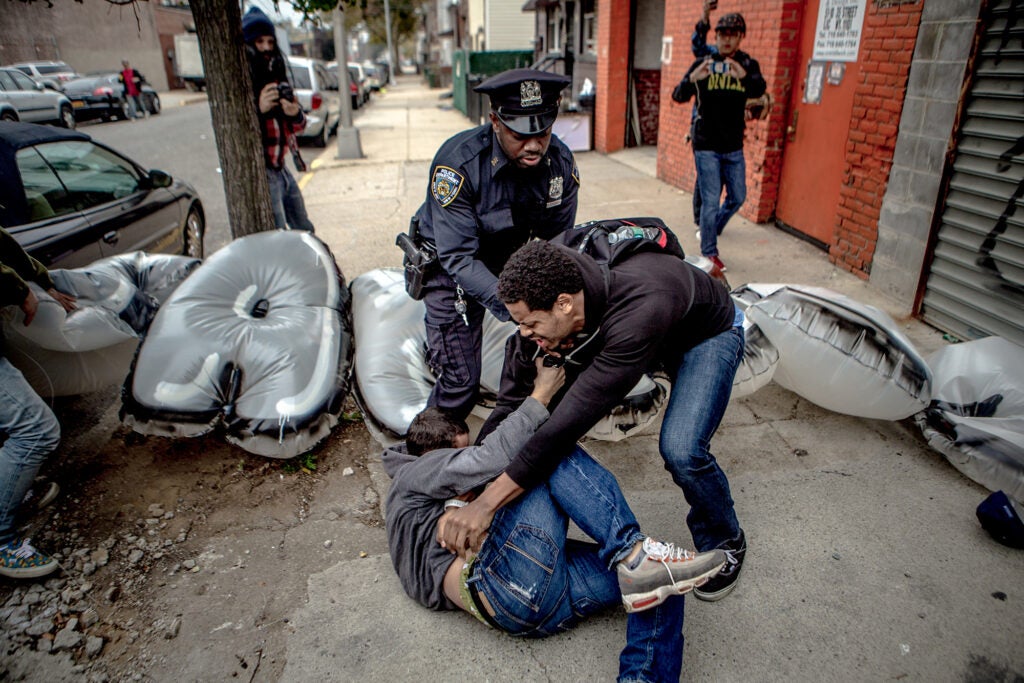 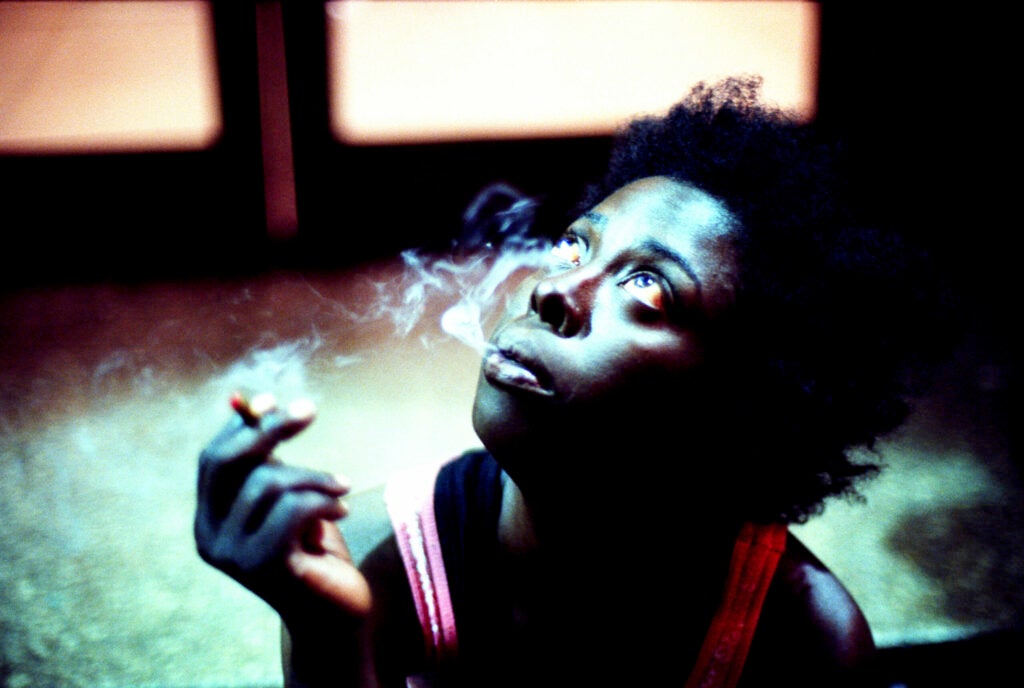 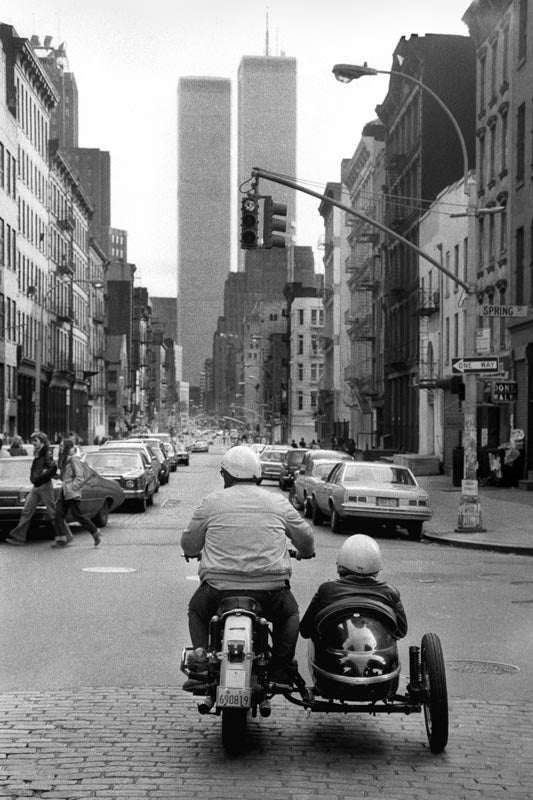 “This was just a lucky shot looking down West Broadway around 1978-79 with the twin towers echoing the twin cyclists. I have no idea who the people are. Then as now, a sidecar in Manhattan was rare.” 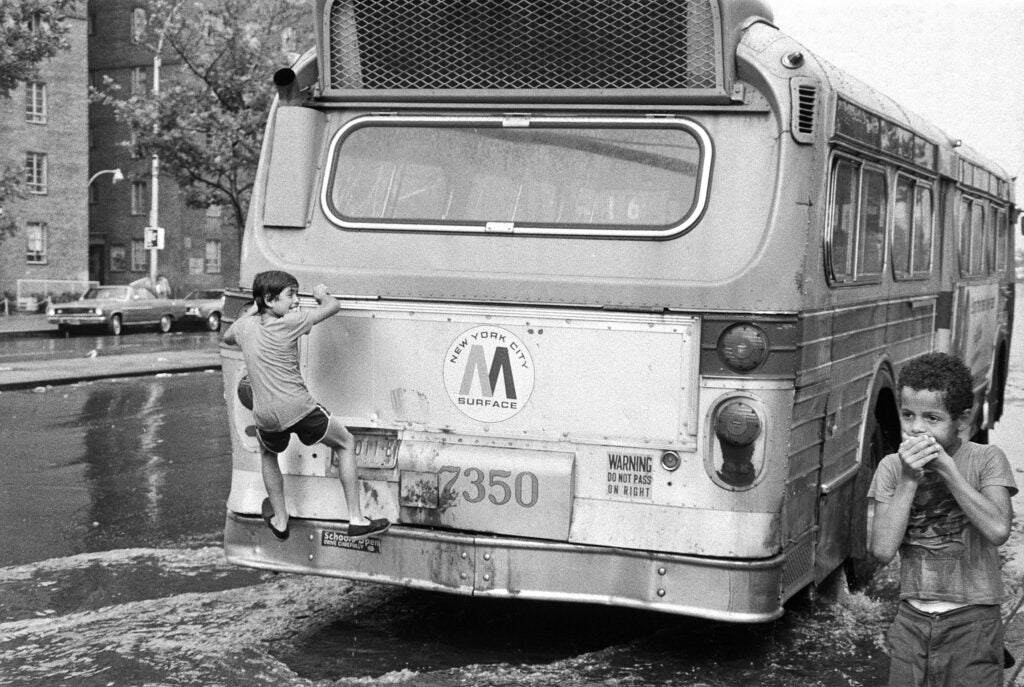 New York City has been a playground for street photographers since the earliest days of the medium. The city thrives because people are forced to live so much of their lives on the streets, rather than tucked away in their homes, and a number of well-known photographers have made names for themselves wandering the five boroughs with a camera in hand.

“NYC Streets Then and Now,” which is currently on view at Salomon Arts Gallery, gathers the work of 12 avid New York street photographers whose images span the past 40 years.

Work from pioneering photographers such as Janette Beckman, Martha Cooper, and Robert Herman are presented alongside more contemporary artists like Jessica Lehman and Aymann Ismail. The show will be on view through January 23.

Saloman Arts Gallery is located on 83 Leonard St., 4th Fl., and will be open 2-5 p.m. on Thursday and Friday with extended hours until 7 p.m. on Saturday.