Ruddy Roye on the Power of Pictures

“As the struggle evolves, I have to evolve.” 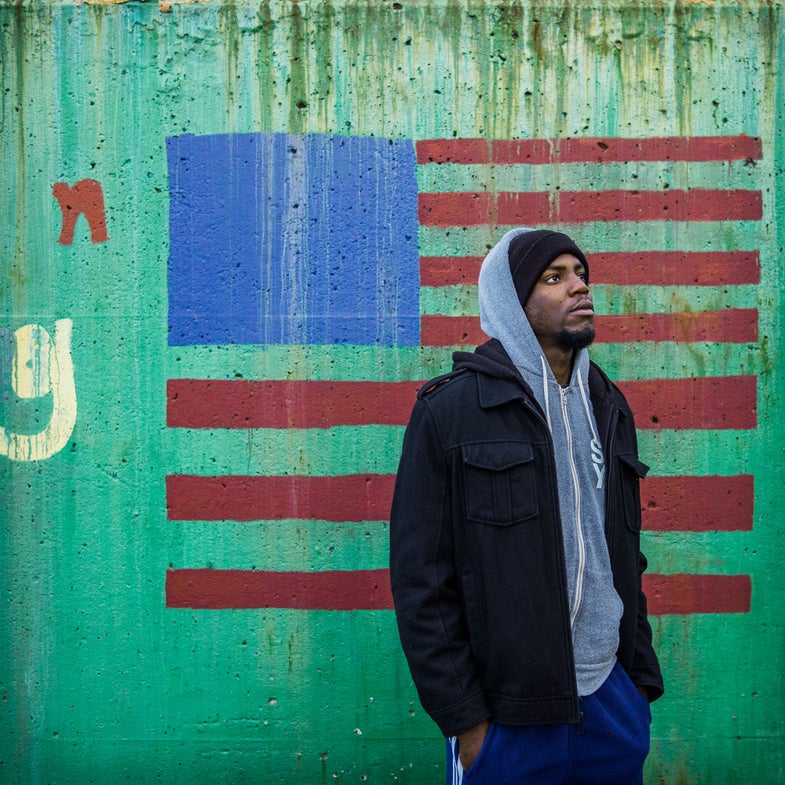 Ruddy Roye is a photographer who believes in busting stereotypes wide open. The self-described Instagram activist rose to prominence a few years ago while documenting the effects of Hurricane Sandy with his iPhone. Since then he has done work has for The New York Times, Time, National Geographic—often traveling to communities in turmoil in the wake of police shootings involving men and women of color.

Those various assignments have culminated in a body of work that Roye calls When Living Is A Protest. The striking portrait series focuses on the everyday struggle faced by black Americans living across the Unites States and will open at New York City’s Steven Kasher Gallery tomorrow night alongside Stephen Shames’ Power to the People: The Black Panthers in Photographs. The show will be Roye’s first solo exhibition.

Here, Roye speaks with American Photo about the project, his approach to Instagram and why it is important to push past visual misconceptions.

When did you being work on When Living is a Protest?

You showed the work last year at Photoville as part of a container exhibition, what kind of feedback did you get on it there?

Honestly, the feedback I got was “Thank you, we needed this. We have been hungry for this. We’re parched. Nobody photographs us with pride and dignity.” It is still evolving and it is growing as I become more aware of my own misconceptions or misperceptions. For me, black folks continue to evolve. As the struggle evolves, I have to evolve.

Many of the images in the show first appeared on your Instagram account where you are known for including lengthy captions with your pictures. Why is the text so important to you?

It’s impossible to put up the images without the text. I grew up in America looking at images that were steeped in misconceptions and stereotypes, and I didn’t want my images to go out carrying the same variables that some of the iconic images in our past have had the struggle of living under. When I was photographing this, there was something that was going on too. I felt very invisible. I felt like I was struggling with disenfranchisement as a black photographer. I felt that it was unfair for me to put up images and not tag them with the person’s name. Not give them a snippet of the person’s life to go along with the images. I wanted to lift the images even further.

Why do you think Instagram is an important platform for photographers?

Instagram is an important platform for whoever understands the power of Instagram. It’s where people come to get something. I prefer to give them what I would call nourishment. There is a quote by Albert Camus that says “When the soul suffers too much, it develops a taste for misfortune.” Getting up everyday with my sons, driving them to and from school, they see the misfortune. They see the suffering. I wanted to make sure that, starting from home, that I teach them that that person is a human being. We as citizens should fight for that choice for other people who can’t fight for themselves. That’s what I use Instagram for.

What advice would you give to photographers just starting out?

We are at a very pivotal point in our history where the visual image tends to be warped because of how saturated we are with images. It’s important that what we put out there is responsible. That we send the image out in a responsible way. We need to be more responsible as image makers or image takers. Pictures do make a difference—good or bad, they change ideas. They change people’s way of thinking. They change perceptions.

When Living Is A Protest will be on view at Steven Kasher Gallery through October 29.