Over the weekend hundreds gathered inside The New School for Magnum Foundation’s second annual symposium, Photography, Expanded. The all-day event,... 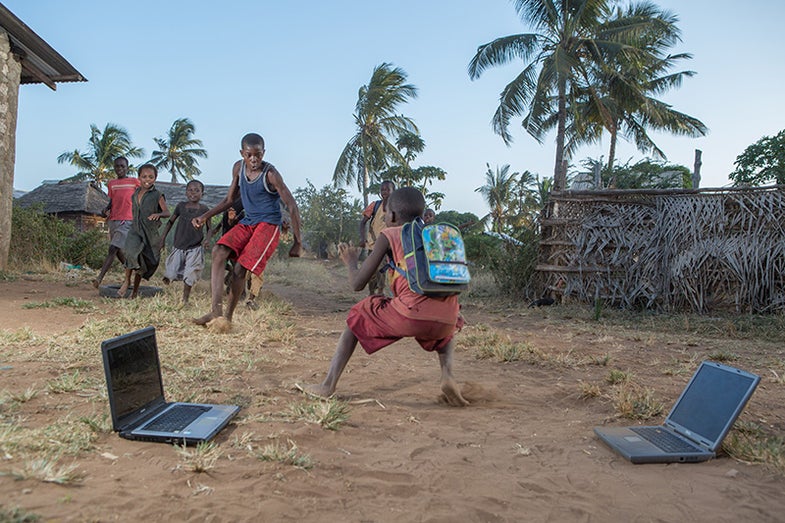 Over the weekend hundreds gathered inside The New School for Magnum Foundation’s second annual symposium, Photography, Expanded. The all-day event, meant to inspire documentary photographers to think beyond the power of the still image, featured presentations from a variety of visual storytellers who are utilizing technology to make deeper connections with their audiences.

“I refuse to be the guy that does the caption and moves on,” Kenyan photographer, Boniface Mwangi told the crowd. His words summed up the feelings of many of the presenters—these are projects that go beyond covering a daily beat, filing and pushing onto something new. Photography, Expanded is about diving deep and creating something immersive. In some cases, these are projects that marginalized communities can rally around.

I’m still unpacking all of the information from Photography, Expanded—an eight-hour day with over 20 presenters and 10 projects is a lot to digest and difficult to truly summarize, but I can say that I think it is incredible that Magnum hosts this event free-of-charge.

Throughout the day attendees discussed methods of funding, material gathering, collaboration, and the frustrating process of building something from the ground up, only to uproot it when whatever they had created was deemed useless by their audience. The old adage of, “If you build it they will come,” apparently doesn’t apply here.

Magnum Foundation’s president Susan Meiselas wrapped the day up by telling the crowd how exciting it was to have been in a room filled with such a collaborative spirit. “This community didn’t exist for most of my active, working life,” she said. She finished by saying it was impossible to do a synopsis of the day, but asked the crowd for ten takeaways. Here are three that stuck with me:

1. Form Should Follow Narrative: Figure out your story first. The technology you use to tell that story should be secondary.

2. Collaboration and Strategy Matter: As noted multiple times during the symposium, photojournalists are accustomed to being lone wolfs. They work by themselves and are used to scraping by. As a community, photographers need to re-think collaborative partnerships with other creatives.

3. Digital is No Longer a Boys Club: Nonny de la Peña, who presented a variety of work that used virtual reality as a visual story telling tool, congratulated the room on the amount of women in attendance. All too often she said she has presented in places and been the only woman in the room.

If you missed this year’s event, you will definitely want to keep an eye on the Magnum website for info about next year’s symposium.