One to Watch: Nancy Newberry

Texas-bred artist Nancy Newberry spends a lot of time driving between her home in Marfa, the art enclave at the... 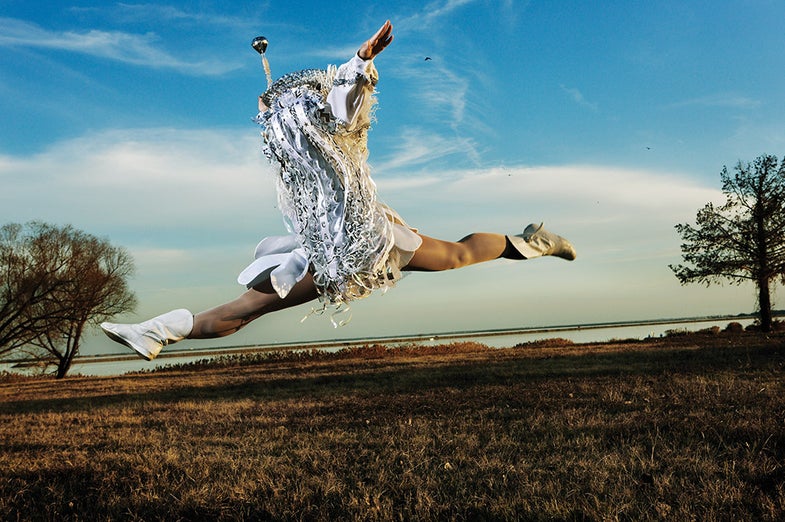 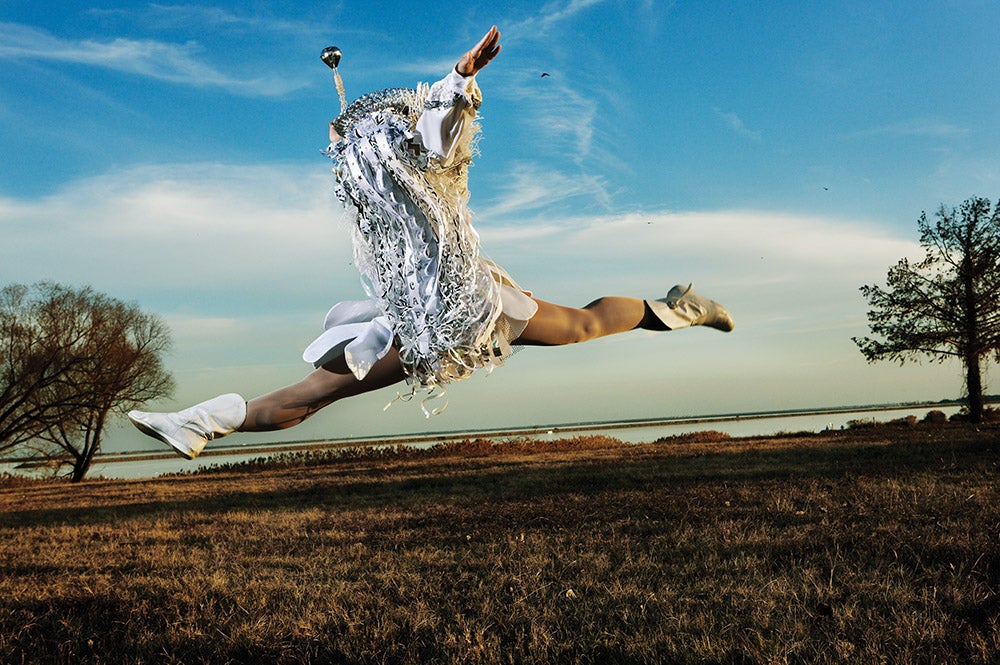 An image from Nancy Newberry’s series Mum, which explores the distinctly Texan high-school homecoming rituals of the gift-giving and collecting of corsages. 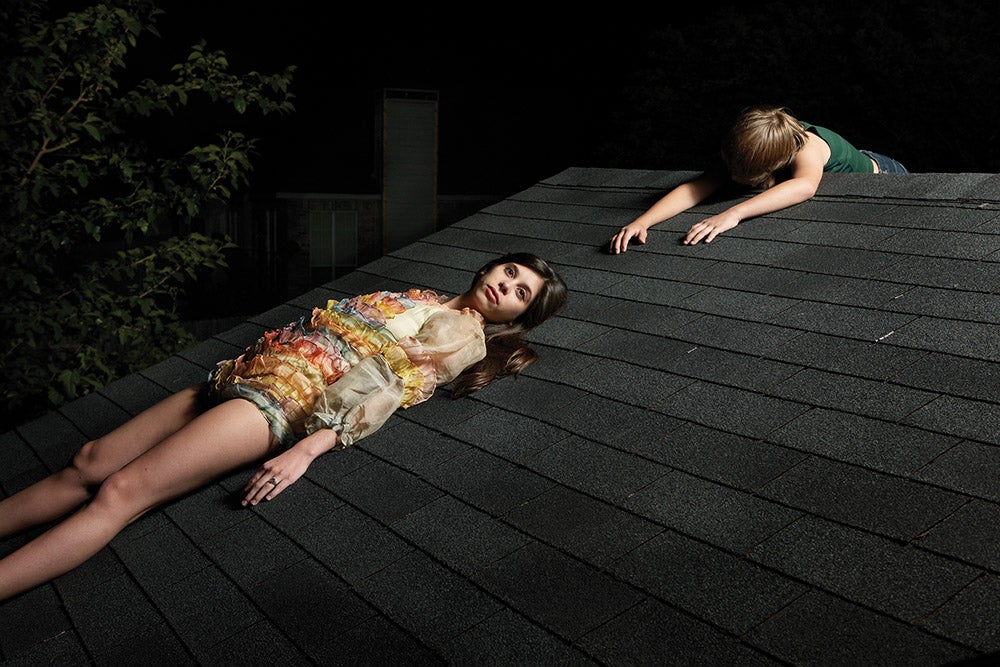 A mise-en-scène from Halfway to Midland. “I had originally taken this shot for the Mum project, but it didn’t work there,” Newberry says. “The girl had a different outfit, with a big mum on, and it was an outtake. But it was a very strong image that I couldn’t stop thinking about. It took two years to get her to agree to do it again.” 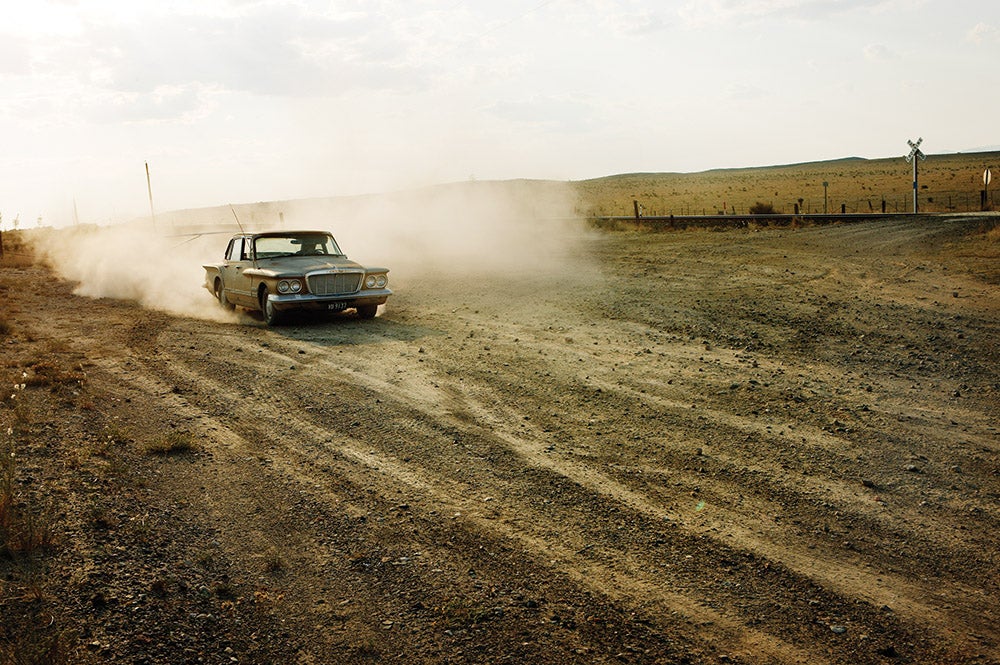 Newberry’s shot of a vintage Valiant on a dusty road, from Halfway to Midland. “I come from a car culture,” she says. “It’s a huge symbol of what I consider the passing of time and this landscape that I happen to live in.” 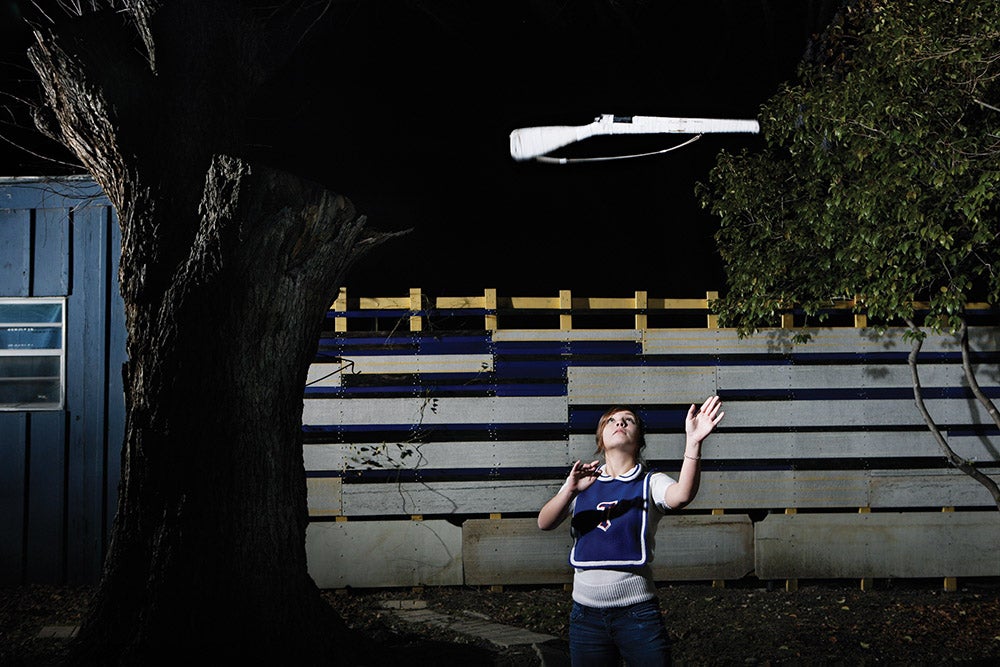 A staged shot from Halfway to Midland. “Guns are another part of this complex symbology in my personal history,” Newberry says. “I grew up in a military family.” 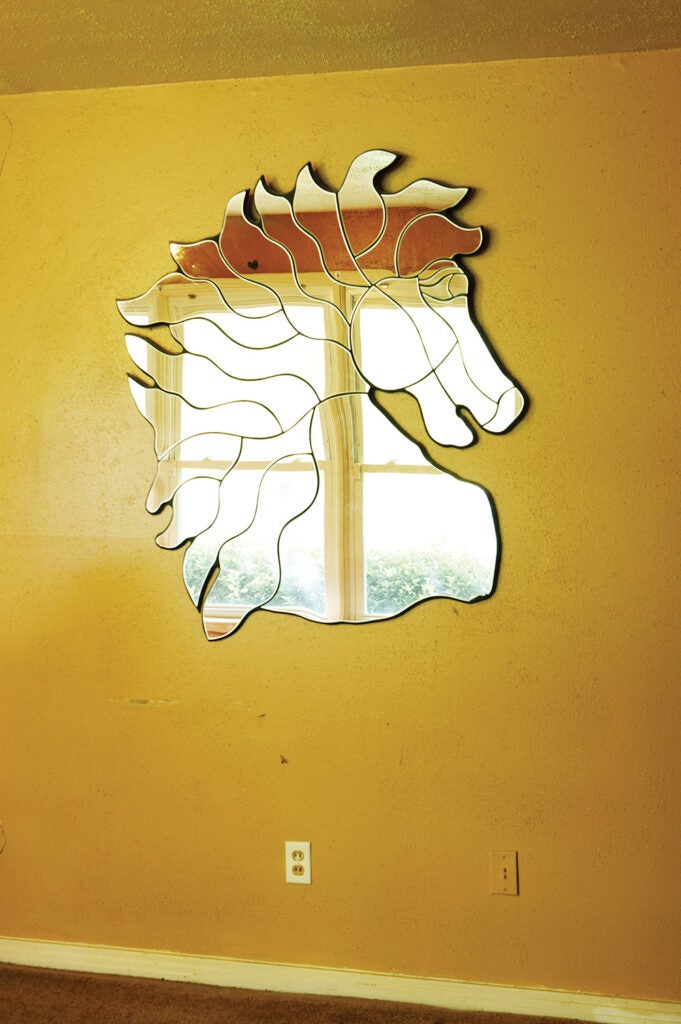 A still life from Newberry’s series Halfway to Midland.

Texas-bred artist Nancy Newberry spends a lot of time driving between her home in Marfa, the art enclave at the western edge of the Lone Star State, and Dallas, where her family lives and she spent most of her childhood. It’s a 520-mile journey across wide-open flatlands and blue highways, punctuated by tumbleweeds and patches of Western Americana—horses and regalia, homecoming games and marching bands—that sparked her muse. “At one point when I was in my car,” Newberry says, “I decided the best way to photographically explore where I come from would be a personal approach. I wanted to add a curious twist to reflect on both its ubiquitous cultural clichés and its visual history, and hopefully push past them.”

Newberry’s most recent photographic project, Halfway to Midland, does just that: It encapsulates the rituals and iconography of Texas in a series of what she calls “imagined realities,” merging documentary portrayals with dreamlike creations. “The idea is to make new imagery that mixes the past and the present,” says Newberry, who spent the
better part of two years on the project.

And she’s finding an audience. This work earned her the Descubrimientos Award at PHotoEspaña 2013; the competition (whose title means “discoveries”) annually attracts hundreds of entries from around the world. American Photo caught up with Newberry during press week at PHotoEspaña 2014, at a reception for her one-person exhibition at Centro de Arte Alcobendas in Madrid. (The companion show at the venue was The Storyteller’s Languge, a retrospective on the work of Philip DiCorcia, another American photographer who mixes the theatrical with the documentary.)

While clearly enjoying her recent accolades, Newberry notes that it’s been a long, strange trip to this point. A self-taught photographer, she did editorial and commercial portraiture for several years (with clients including Rolling Stone, Time, and_ Details_) before focusing more intently on her own art. “Actually, I had a pair of accidents that required me to recover at my family’s home. And these were long, very extensive recoveries,” Newberry recalls. “After the second incident, I thought that the universe was playing a bad joke on me,” she adds with a chuckle. “I was in a car accident and I broke both of my hands. These events combined basically made me slow down, reconsider, and start focusing more on my personal work.”

Yet her artwork does not convey the idea of being angry at the universe. “No, I’m not angry—in fact, it’s the opposite,” she says, laughing. “It just opened my eyes to things that I hadn’t yet dealt with photographically. I decided to explore the visual history of the state where I come from, the West, and the iconography and rituals that go with them.”

Her initial series in this vein is titled Mum, a reference to the elaborate corsages that are centerpieces in homecoming ceremonies at Texas high schools. “This annual tradition has gone on for decades,” she says. “I combined things from my memory of growing up with people from groups linked to my past: the cheerleader, the gymnast, the drum major.” The resulting portraits, replete with uniforms and evocative props, are shot in or near the subjects’ homes, reflecting “the struggle between self and culture,” Newberry notes. “The mum constitutes both an act of cultural immersion and a specific brand of folk art.”

Newberry expanded this approach in Halfway to Midland, incorporating artifacts and mise-en-scènes to evoke a playful strain of Texana with psychological undertones. “I think a lot of these photographs are pieced together from the types of imagery that we all have access to,” Newberry says. “They also come from my own history, as a participant and observer.”

What’s next? “I have several projects in the works,” she says. “I just traveled to Normandy, France, doing research, and I might have uncovered something that could be interesting to work on. But it’s in the infant stage, and these things take a while. So we’ll see.”