MORE By Rankin; teNeues $125 When he emerged on the fashion-celebrity scene with Dazed & Confused—the British lifestyle magazine he... 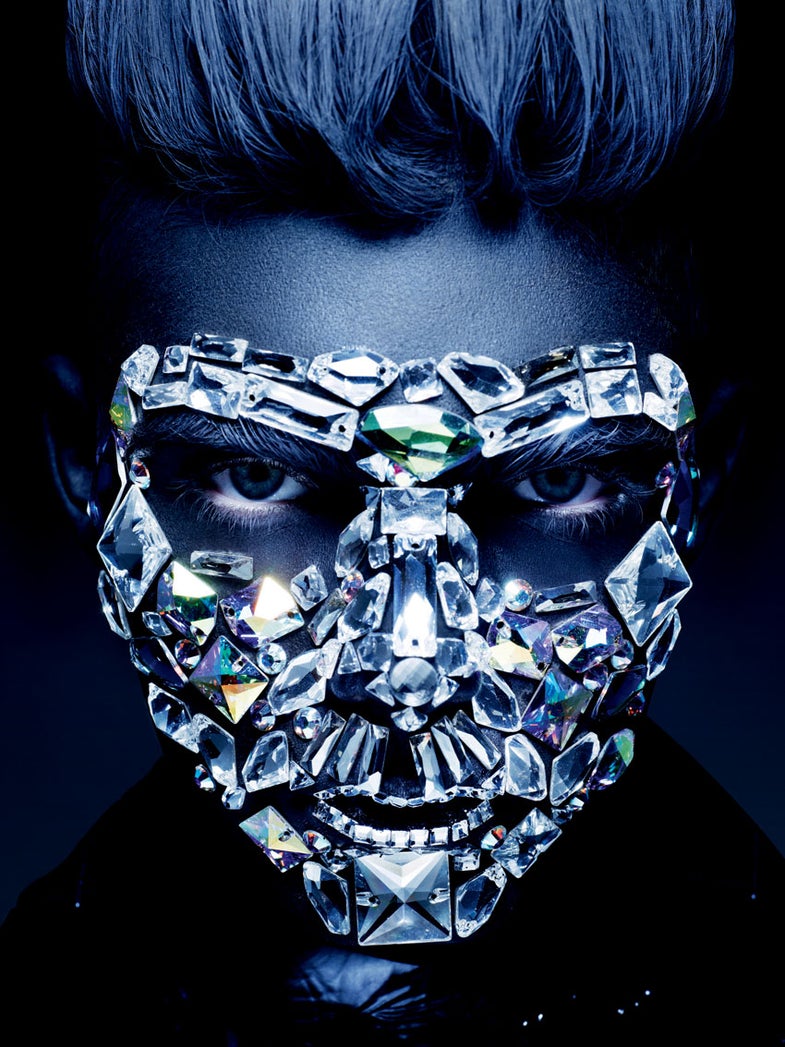 When he emerged on the fashion-celebrity scene with Dazed & Confused—the British lifestyle magazine he cofounded in 1991 with editorial director Jefferson Hack—the young lensman born as John Rankin Waddell was a bit starstruck by many of his famous subjects. Now Rankin is a celebrity in his own right, having colaunched Another Magazine with Hack in 2001 and later branching out into art projects such as Rankin Live!, the 2009 show in which he combined a vast retrospective with a photo shoot of some 1,500 style leaders who sat for new portraits. All of this work underpins More, a 368-page overview of Rankin’s career that clips along as a visual greatest-hits package. Along with a global array of famous faces, we get a generous supply of the photographer’s hallmarks: electric color combinations, saucy irreverence, outrageous poses, and of course cheeky wit.

Actor Hugh Grant cuddling an unclothed female mannequin? Sure. Rankin’s wife, model Tuuli, lounging topless on a lawn with cut grass strewn across her chest? Sounds good. Heidi Klum offering a one-finger salute? Why not? He even adds a dazzling veneer to his Union Jack–backdropped portrait of the queen. More is “a slightly skewed celebration of life from someone who doesn’t like to put people on pedestals,” Rankin says in the book’s interview with writer Michael Holden. “Some photographers poke and antagonize; some are really silent; some are demanding,” he adds. “I’m more of a seducer. I kind of persuade them to do it.” His images have a similar effect on the eyes of the viewer.