_Red Ball of a Sun Slipping Down _ By Eugene Richards, Many Voices/DAP $50 Richards first documented the Arkansas Delta... 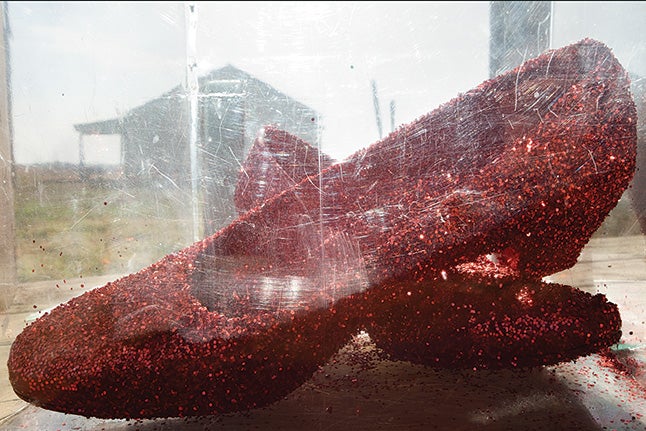 _Red Ball of a Sun Slipping Down _

By Eugene Richards, Many Voices/DAP $50

Richards first documented the Arkansas Delta in 1969, while serving as a Vista volunteer in a land racked by poverty and racial strife; he was also drawn to the area’s natural beauty and the dignity of its residents. More than four decades later, Richards returned with his camera, capturing what had and hadn’t changed in the area and in the lives of an extended family he’d befriended. This volume, funded by a Kickstarter campaign, artfully blends older black-and-white and recent color images. These are woven together with a short story about remembrance and change, Richards’ relationship with the family, and his awareness of his own aging and mortality.

Through Heine’s lens, the host country of the 2014 World Cup and 2016 Summer Olympics is a series of paradoxes—shiny, futuristic cityscapes shadowed by grubby shantytowns, glam models offset by tattooed dope dealers, rowdy Carnival parades against lone surfers—all blending in a black-and-white, matte-finished wash of shapes and textures. Heine’s eye for drama and sensuality infuse the mix. As the curve of a nude woman juxtaposes the shoreline of Ipanema Beach, say, or a male torso mirrors a geometric tower in São Paolo, varied elements entwine like a double helix.

In 2012 Ljungkvist, a Swedish-born art photographer based in Brooklyn, was almost finished with his Hopperesque visual study of the sleepy, soft-scrubbed town of Ocean Beach, New Jersey, when Superstorm Sandy struck hard. “My initial reaction was that I didn’t want to photograph the aftermath,” recalls Ljungkvist. But, he adds, “after a few visits it was clear that the post-storm work could coexist visually.” The result is a heartrending before-and-after look at a quaint community that never seemed to shed the pastel colors of the 1970s—until nature forced it to.