Lindsey Best Explores the Emotions Behind the Scenes

“Every time I photograph someone I feel like I discover facets of who the person is that I want to illuminate.” 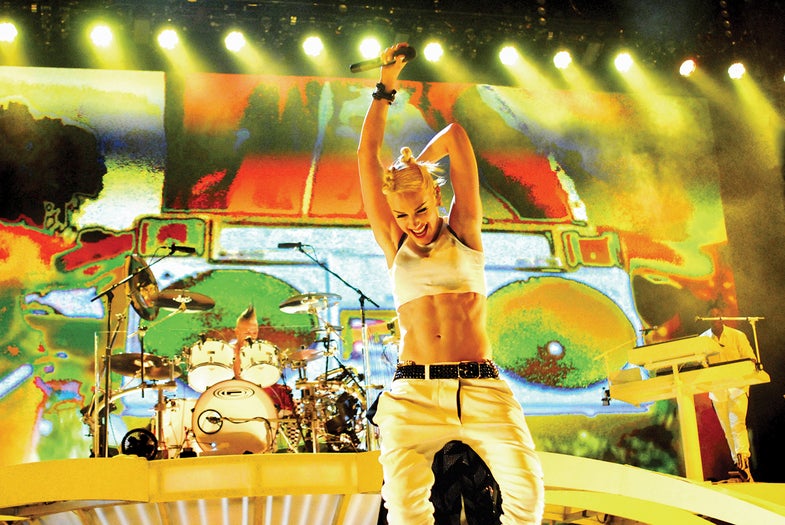 Lindsey Best fell in love with photography when she got a Polaroid as a young teenager, and she soon combined it with another passion: music. “I would go to shows and bring my film point-and-shoot camera with me,” Best says. “As I got older and got better equipment, I had to start figuring out how I could get my photo gear into these venues. That’s when I started trying to reach out to bands and navigate how that world worked.”

By the time she graduated from California’s Agoura Hills High School, she had started shooting concerts with official credentials, often on assignment for local publications. Though she knew she wanted to be a photographer, she enrolled at San Diego City College to study physical and biological anthropology. “I wasn’t yet ready to put my academic studies behind me, so I took two years of classes studying non-photography fields while taking photo classes on the side,” she says. “I wanted to have a well rounded bank of knowledge to draw on for my art.”

Meanwhile, Best continued her photo practice. After leaving City College, she says, “I spent three years trying to establish myself as a music photographer, developing my portfolio and networking as much as I could.”

Gradually she put together a client list including Rolling Stone, Crawdaddy!, Pitchfork Media, Urban Outfitters, Blue Man Group, Premier Guitar, Pedal Punk, LA Weekly, and Live Nation. “I’ve primarily marketed my music work in the editorial world, and also directly to artists, labels, management, and show venues,” she says. “One of the most important things has been understanding the range of potential places that my work could live. This is something I’m constantly expanding upon.”

Meanwhile Best had a long-term dream of studying at Art Center College of Design—“It seemed that all the best photo students went on to go there,” she recalls—and she enrolled at the Pasadena campus as a photo major in 2011. “It was important for me to go into Art Center knowing what I wanted to get out of it, in order to maximize my time there.”

Having graduated in 2014, she credits her BFA program with burnishing the skill of follow-through. “Art Center gave me the mentality of constantly working on something and seeing it through from the conception stage to execution,” she says. “So many people have ideas that they think about for years and then never end up executing. The ability to go from one stage to the next is something I’m grateful to my instructors for helping instill. I am always making work; and when I’m not shooting, I am thinking about ideas I’d like to make into photographs.”

During college, Best expanded her stylistic range, adding formal portraiture, landscapes and still-life work to her portfolio. “All my work stems from the same place conceptually,” she says. “I have always been more interested in showing what an experience felt like rather than just showing what something looked like. I think every image is made up of the base layer of data and literal information—but I always want my images to go beyond that layer, and show the emotional experience of what a moment feels like.”

In concert venues—especially shooting major artists such as the Rolling Stones, Radiohead or U2—Best is often relegated to the “three songs in the pit” rules for photographers. Yet her work for editorial clients and music labels has led to close long-term collaborations with artists such as Conor Oberst and Jason Isbell. “Every time I photograph someone I feel like I discover facets of who the person is that I want to illuminate. Conor and Jason are two of my favorite musicians with whom I have had that kind of experience. I’ve been able to explore and tell a deeper story.”

Such impulses led her to take up the camera in the first place. “Photography lets you take an experience and express it in such a way that it is felt as a human story, and not just specific to one individual person or situation,” she says. “As human beings we all tap into the same emotions, and as an artist I love the challenge of translating those emotions into visuals.”