Kurt Simonson Explores the Myths of His Midwestern Upbringing

“I left Minnesota nearly twenty years ago, and yet it has never left me” 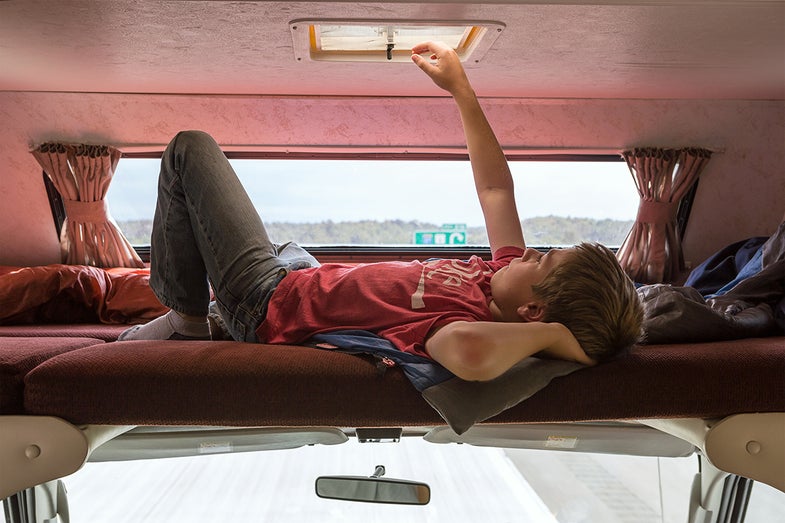 Kurt Simonson vividly remembers the day he found the peculiar envelope tucked into his grandmother’s top drawer with the cryptic message scrawled across the front: “not to be opened until my death.” He visited it numerous times throughout his youth wondering what secrets it could possibly contain. Years later, when he rediscovered it as an adult, he says it helped bring focus to his longterm project, Northwoods Journals, which was published by Flash Powder Projects late last year.

“I left Minnesota nearly twenty years ago, and yet it has never left me,” Simonson writes in the intro to the work. “The images in this project are artifacts of the myths and memories that have distressed me, challenged me and shaped me.”

The book has a tactile and immersive design and as you thumb through the pages it feels as if you are slipping into Simonson’s childhood in the suburbs of the Twin Cities—snuggling under one of the handmade colorful afghans that are prominently featured throughout. It’s a cozy experience, mostly, but one that isn’t without some haunting Coenesque quirks. Here, Simonson speaks with American Photo about this long-term and deeply personal project and his family.

This project was 15 years in the making, how did you stay interested in the work?

It took on a lot of different forms over the years. I started it when I was just out of my undergrad and starting grad school. Some of it was just nostalgic shots of winter—I lived in L.A. and I kind of missed winter—some of it was very benign, but then I started to find certain themes that really stuck. The real change, the real shaping force for it, came when I took the photo of the envelope. That photo is called “Not To Be Opened Until My Death,” and it was the one that added some narrative thrust to it—it gave it some content that was not just beautiful or nostalgic.

What was it about photographing that envelope that solidified the direction of the project for you?

I realized that what I was really drawn to in photographing Minnesota was this idea of disconnection that I felt from there both emotionally and physically. That image started to really represent a lot of themes for me of withholding of things that are unknown. I discovered that envelope when I was a little kid and it always kind of haunted me. I came across it again as an adult and I was drawn to this idea of things that couldn’t be said among the living.

It got me thinking about all the ways in which my family had some patterns of “Minnesota niceness.” “Minnesota niceness” is where you just don’t say the things that you really could say because they are not polite to say. There is something really lovely and private about what my grandmother was doing, but there is also something that’s really emotionally disconnected. It started to represent these themes of distance and withholding—things that aren’t revealed, tensions that you have to sit with for a long time.

It sounds like you still have a lot of family back in Minnesota. Was this project a way to connect with your Midwestern roots?

They all still live back there. I’m the only one who is out here. The longer I was in Southern California, the more I felt this tear between these two worlds, these two very different cultures. My brother actually started going back to my grandpa’s way of living. My brother moved into the woods and basically started recreating our grandpa’s lifestyle. A lot of the images in the book are of his family and his kids. We have an interesting divergence—I’m off in the L.A. becoming more and more of a city person and he’s up in the woods becoming more and more like the mythic Minnesotan.

It was my way of reconnecting, my way of feeling like I still was part of that heritage and part of my family. Photography is my main language. It is my way of offering a connection or offering a way to still love and belong in my family.

When you were shooting the work did you go in with a plan or a shot list—or were you sort of seeing where your days took you?

I tend to work very intuitively and just find what’s going on. Most of the time, there was never anything in mind. I just would follow my niece and nephews around and see what they did, or I would just wander through the house and kind of dig around for objects that might be interesting photographs. It was very much an intuitive process, and I think that’s part of why it took so long. It just took a lot of trips there and a lot of years to figure out what the right tone was and which images would sort out in the sequence.

Was there anything that surprised you as you shot?

The biggest surprise came when I was turning the project into the book. The envelope kind of took on a different light for me. I’ve never told anyone what’s in it, and that’s partially out of respect for my grandmother, but that’s also to provoke in the viewer that feeling of withholding and tension. When I was making the book, I realized that there was a little bit more positivity to the letter than I had remembered. Growing up with it, I thought of it as this negative thing. Then I realized that the thrust of it—without saying what’s in it—is about forgiveness. It was a really lovely message. I ended up pulling lines from it for the book. You actually see some her handwritten lines of what was in that envelope.

The book’s design is very tactile. Why was it important for this work to feel interactive?

I have a background in doing installation art, so I love exhibitions. I really wanted the same sort of tactile, bodily experience that you get in an exhibition by moving through spaces or getting a chance to pick things up. I needed the book to have some elements of that. The idea of having the fold-out statement was always there for me. The envelope image is so much of a thesis image and it’s an image about not getting to open what’s inside that I thought it would be a wonderful treat to actually be able to open something.

Then in the middle of the book, I have a double gate-fold spread that opens up to a wood paneled scene with all these pictures of Disney World. In a gallery presentation I do a little room in the center and when you go into the room, it’s got wood paneling and it had all these photos on the wall. I wanted something similar in the book where at the heart of it all is this little boy’s bedroom. It’s my bedroom. Disney was a mental escape for me as a kid—it was a place that had a lot of significance. I know that’s an extremely personal element that wouldn’t necessarily be read by a lot of the viewers, but I liked the experiential moment in the book. It feels like you are going into someone’s psyche or into the heart of this main character.

What has your family’s response been to the project?

They’ve been very supportive, but I think there are times when they don’t necessarily get what I’m doing or why I’m doing it. I think they appreciate it as my way to connect with the family, but I’m the only artist in my family. I come from a family of mechanics and lumberjacks. I think they struggle to see why I find it so interesting—a lot of it is just normal to them.

Northwoods Journals was published by Flash Powder Projects in 2015.