“Compromise is not really in my vocabulary” 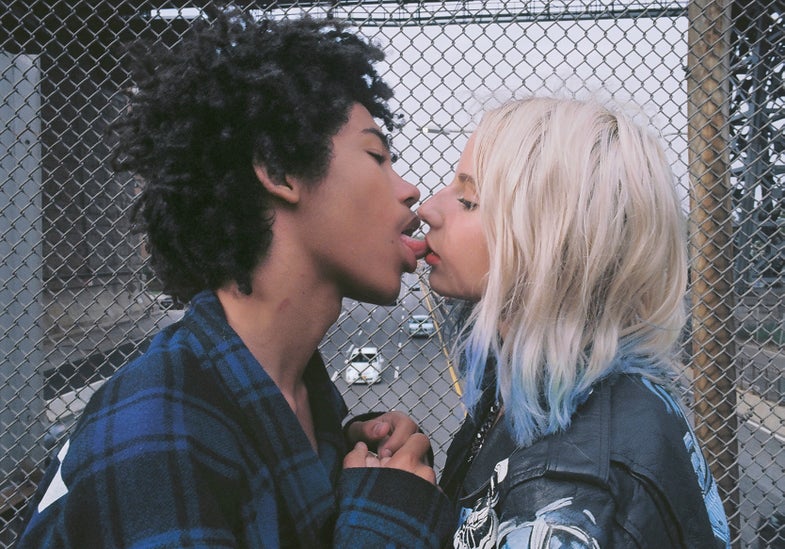 For photographer Kevin Amato there is no difference in shooting for a commercial clients or shooting personal projects—his vision remains the same. A decade’s worth of Amato’s photographic work, much of it shot in the Bronx which he calls home, is collected in a new beautiful gold book called The Importants, which was released earlier this month by Phaidon. Amato spoke with American Photo about what catches his eye and why he believes it’s important to never compromise.

The Importants brings together a decade’s worth of work, what was your editing process like?

I keep all of my photographs in family albums. I grew up predominantly Italian, so my family was all about the family photo album. My mother was her own little archivist and my father was an amateur photographer, and they always kept really organized photo albums, but really cheap on that sticky paper with the plastic covers. I compiled photos this way for ten years and always tried to create some sort of narrative. I think it just made sense and it kept the intimacy, as opposed to looking at digital files or big prints. After maybe fifty or sixty of those family albums I slowly started pulling a little bit from each one, each kind of era.

How is The Importants different than the work that was featured in Cozy?

Well, it’s a larger body of work and definitely more of a statement book. I wanted The Importants it to be more accessible. I noticed when I toured with Cozy, a lot of the kids were twelve with people up into their sixties. I didn’t want to push people away. I wanted to feel accessible, not intimidating and not super fashion. I wanted to keep it objective.

Are the images in the book mostly personal, shot on jobs or a combination of both?

It’s a combination of both. I don’t think I waiver in the work. Compromise is not really in my vocabulary. I think it’s about sacrifice over compromise. The struggle’s longer—I don’t have a house in the Hamptons. I think taking the time dedicated to subject matter and content, that was really of zero interest to anybody in the beginning and then somewhat convincing myself that what I was doing mattered. I just really believed and loved what I was trying to communicate. I think The Importants is about that same sacrifice, we’re all really in a hustle to deliver a message of authenticity.

At what point did you notice that the hard work you were putting in was paying off and your work was starting to get recognition?

I don’t think it’s hit me yet. It’s still so surreal. I tell everybody, I would be just as happy shooting portraits at the DMV or for passports, because it’s about the subjects. It’s funny when people say that it’s well recognized. I feel like I have a long way to go. I guess I feel like I have more of a message to deliver. I never sought out to be in the spotlight. I feel like a lot of young people are into the celebrity status. I don’t relate to that.

What catches your eye when you are photographing?

What advice would you give to young photographers trying to break into the world of covering fashion and culture?

It’s not easy. Stay true to one vision and be recognized by your own aesthetic. Maintain that aesthetic, it’ll grow. People will see it. It’s sacrifice over compromise. For me, it’s just staying true and really just putting yourself out there. Nobody is going to look for you. You have to be present. You have to be relevant and you have to be you.