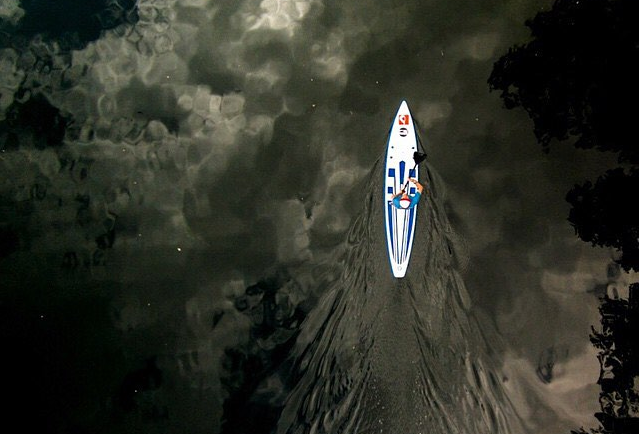 "I have always been in love with perspectives from above—so many things are still unseen," says Karolis Janulis, a Lithuanian photographer who has been sharing his landscape drone shots this week on American Photo's Instagram account.

Janulis only began photographing with a drone—a DJI Phantom 2 vision+ quadcopter—in March, but has been interested in the aerial perspective since 2013. His work features simple compositions that capture people going about their days—commuting to and from work, relaxing on the beach or in a park and participating in sports. Before purchasing a drone he was always in search of locations that would give him a bird-eye view, like rooftops, hills, and even hot air balloons. Janulis says the learning curve of shooting with a drone was a quick one and that the having the ability to fly over his subjects has made his photographic process easier.

“It just took some time to learn how to fly safely and effectively and to understand the gear,” he says. “But I think the gear is not as important as the photographer.” He does acknowledge that ditching his DSLR for a drone has changed his process though—he spends more time imagining what a scene might look like from above before he heads to a shoot. His tips for drone photographers just starting out: “Take your time, fly above and in front of the scene, and wait until it fills in—then shoot.”

Although in America there have been plenty of stories of drone users being arrested or having their equipment destroyed by would-be photo subjects, Janulis says he hasn’t encountered this type of negativity in Europe. “Kids are curious about the flying and men are interested in technical details,” he says. “They ask what it does, how much time it can spend it the air, how far it can go and if the wind is dangerous.”