A new photographic collaboration in the Mississippi Delta 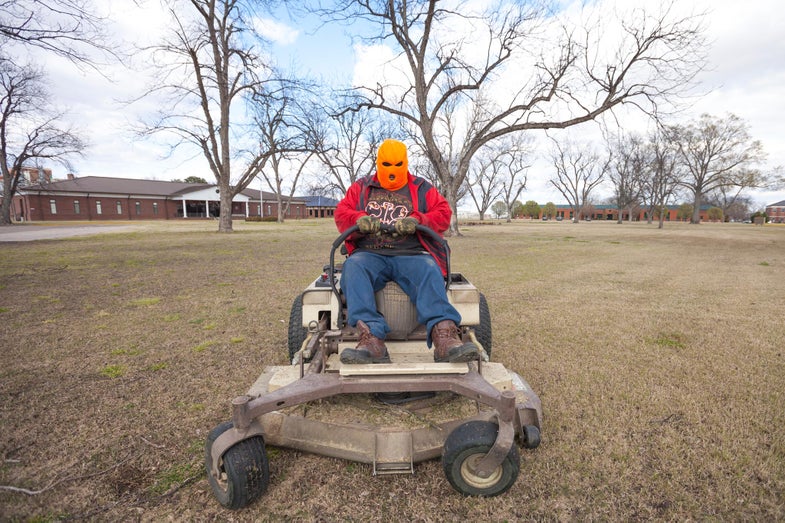 The hardest part of documentary storytelling is getting started. In the beginning a story can go in any direction, but as you start to select your characters and narrow the scope of your project your options become limited. It’s just like writing, painting or sculpting—an art form that relies on the progression of decreasing possibilities.

Documentary photographer Phyllis B. Dooney recalls a quote from Joan Didion when she thinks of the work she does: “What’s so hard about that first sentence is that you’re stuck with it. Everything else is going to flow out of that sentence. And by the time you’ve laid down the first two sentences, your options are all gone.”

“For me it perfectly describes the documentary process,” says Dooney. “I think it relates to PopUp Greenville insofar as these were all options at one point that fell away.”

This month Dooney and Jakob Layman—two members of the documentary collective Gravity Is Stronger Here (GISH for short)—kicked off a photo exhibition in Greenville, Mississippi called PopUp Greenville, which opened on Sept. 28 at the Greenville Arts Council. The show collects 87 portraits—outtakes from stories that the two photographers have spend the last four years working on—and serves as an informal introduction for the people of Greenville to the slowly expanding documentary alliance known as GISH.

Dooney and Layman were both working at Time Out New York when they discovered a mutual interest in the Mississippi Delta. Layman, who grew up in Alabama, says that the initial draw was to tell stories from a place that was familiar. “Although I realized the Delta is a very different south than the one I grew up in,” he says.

For Dooney, it was the total unfamiliarity with the region that was intriguing. “It was a part of America I knew very little about,” she says.

The two decided to pool their resources and in the earliest iteration of GISH attempted to work collaboratively on a single story. Over time though they decided it was smarter to spread their skills across the Delta—focus on distinct stories that would run parallel to each other to create a multi-dimensional perspective of the region.

“When we decided to separate our bodies of work there were these photos that were lost,” says Layman. “We still loved them, but they had no place.”

These photographic odds and ends—many of them portraits featuring characters that didn’t quite fit into the more narrow stories the two photographers continue to develop—shine a light on the documentary process—one that is often filled with fits and starts. Dooney says bringing together such a wide selection of “outs” actually created a really interesting and multifaceted view of the place. “These are all people who live in the same place, but may never cross paths,” she explains.

The photographers say that a large part of GISH’s vision is to show that multiple truths can exist in one time and place and it was something they took into consideration when curating the PopUp show. Editing a group of images that would typically be considered “outs” was an interesting exercise for the photographers though. “We knew we wanted to include a large amount or images, covering a large swatch of people,” says Dooney. “Some were chosen based on the usual aesthetic considerations, but many were chosen because they fit into the puzzle of the whole—by adding a voice or moment that would otherwise be missing.”

Taking a wide view of Greenville has also allowed the GISH collective to expand—bringing other photographers and even writers into their fold. Just a few months ago Dooney and Layman invited Aaron Turner, a photographer who was raised in the nearby Arkansas Delta, to join the collective. Turner says he was interested in working with GISH, in part, because of the non-stereotypical ways in which the collective was representing his region. “I’m used to working alone and carrying the burden of the south myself,” Turner says. “To have other passionate individuals who want to get the story right is an amazing opportunity.” Turner notes that the stories of people from The Delta, much like the stories of those from Appalachia, have been prone to severe oversimplification. Although Turner’s work will not be featured in PopUP Greenville he says he is interested in focusing in on the experiences of the African American community in Greenville.

The hope is that eventually the collective’s website, GISH Binder, will become a sort of living archive for stories from the Mississippi Delta region.

PopUp Greenville will remain on view at the Greenville Arts Council through the end of the year. The show’s opening reception will be held on October 17 and from October 16-18 the collective will be running a free photo booth as a way to gather more portraits and stories from Greenville residents.