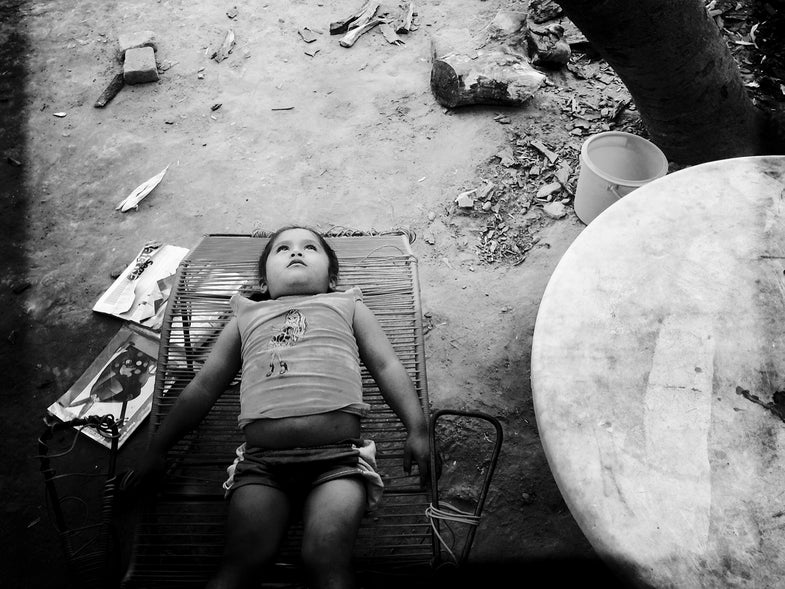 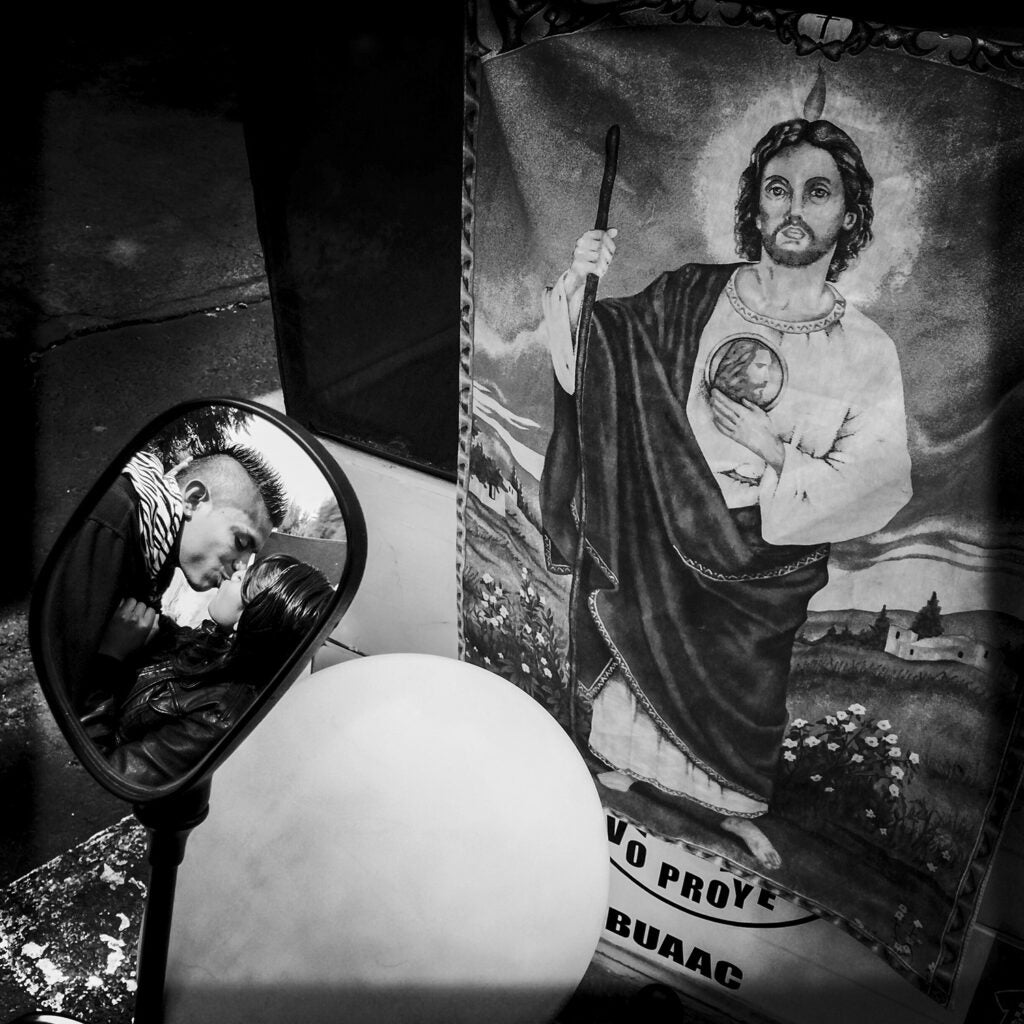 Mexico City, Mexico: A couple seen through the rearview mirror of their bicitaxi, in front of an image of Saint Jude Thaddeus, ‘The Saint for the Hopeless and the Despaired’. Photo © Adriana Zehbrauskas @adrianazehbrauskas #mexicocity #mexico #DF #photography #documentary https://instagram.com/p/zBq_YwN5Kv/?taken-by=adrianazehbrauskas

This morning Getty Images and Instagram announced Ismail Ferdous, Adriana Zehbrauskas and Dmitry Markov as the three talented photographers to be awarded the first ever Getty Images Instagram Grant. Each of these photographers will receive a $10,000 grant, mentorhship from a Getty photojournalist and have their work shown at Photoville, which opens this afternoon in New York City.

Established earlier this year, the Getty Images Instagram Grant received over 1,200 entires from photographers working in 109 countries. Entrants were evaluated based on the existing bodies of work featured on their accounts with judges looking at the quality of images, photographic technique and, of course, storytelling ability.

Bangladesh-based Ismail Ferdous received a grant for his project called After Rana Plaza, which focuses on the stories of the surviving relatives of individuals who were killed in the collapse of Rana Plaza garment factory.

Adriana Zehbrauskas is a Brazilian photographer currently based in Mexico City who is part of the Instagram collective @everydayclimatechange. She has been documenting everyday life in Mexico City through her account and plans to use the grant money to fund a project called Next of Kin: Family Matters, which will involve shooting formal portraits of the families of the 43 students who went missing last year from the Ayotzinapa Rural Teachers School.

Dmitry Markov is a Russian-based photographer who also volunteers for the Russian Children’s Fund. He has used his Instagram account to draw attention to the stories of Russia’s orphaned children.

“Our three recipients could not better exemplify the original aim of this grant: to document and share stories of underrepresented communities that otherwise rarely come into focus,” Elodie Mailliet Storm, Getty Images’ Senior Director of Content Partnerships, said of the winners.

Work from all three of the winners will be on view at New York City’s Photoville through September 20.