It’s been six years since Stephen Soderbergh made Che, the first full-length feature film to be shot with a 4K... 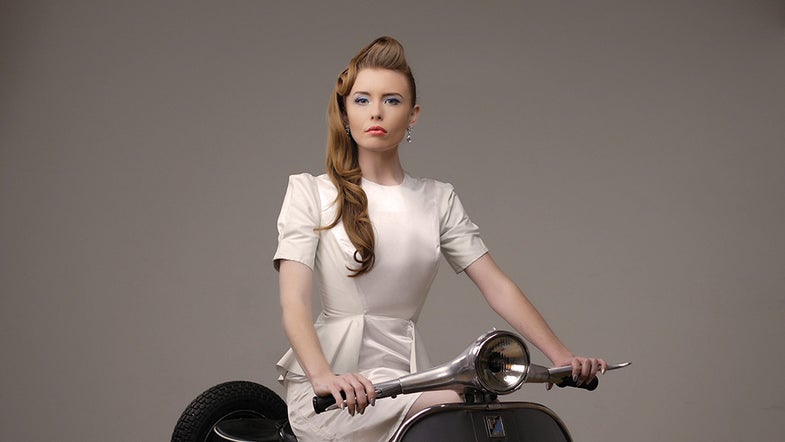 It’s been six years since Stephen Soderbergh made Che, the first full-length feature film to be shot with a 4K video camera. His foray into new technology opened the floodgates for the ultra-high-resolution image format to permeate movie theaters, computer monitors, and even television sets, eventually trickling down to prosumer and amateur video cameras. Now camera makers are baking the capability into hybrid still cameras.

Naturally, the advent of affordable 4K cameras is a boon for videographers, who need to adapt to shifting standards in order to survive, but the format also provides a new tool for the still photographer’s arsenal. A frame of 4K video is equivalent to an 8-megapixel photo, more than enough to produce an 8×10-inch print or even a cover of Vogue.

For the unindoctrinated: 4K resolution is more or less exactly what it sounds like—four times the pixels of a standard high-def video frame (4096 pixels by 2160 pixels) typically captured at 24 or 30 frames per second. Photographers can extract these frames from footage to produce stills, allowing them to use the same footage for both print and TV ad campaigns, for instance.

Until now, these types of digital images—referred to as motion-image captures or sequence stills—have been the domain of marquis shoots with big budgets. Fashion photographers have been shooting covers for Esquire, Elle, W, and others with RED’s high-speed video cameras for a couple of years now. The results are impressive, but the expense is sizable: It costs around $20,000 to buy a RED Epic, and renting one can run in the neighborhood of $1,500 a day.

With the launch of the EOS-1D C in the spring of 2013, Canon brought the price of 4K capture below $15,000. This year prices have plummeted even further, as camera makers cram the capability into their mirrorless interchangeable-lens compact camera offerings. The Panasonic Lumix DMC-GH4, launched in March, sells for $1,700 (body only). And Sony’s a7S, which went on sale in July, can be yours for $2,500 (body only).

The critical variable is the increasing power and affordability of semiconductors, the chips that both capture and process images. “The limiting factors have been the read speed of imagers and the power and throughput of the processors,” says Mark Weir, senior technology manager at Sony. “Designers of cameras always wanted to do these things, but they were held back because the components weren’t available.” The processor on the Lumix GH4, for example, boasts double the throughput of its predecessor.

For camera makers, adding the ability to shoot 4K video isn’t as simple as swapping one processor or sensor for another. Capturing and moving all that data builds up a lot of heat, which can cause the camera to fail or shut down. Canon built heat sinks into the circuitry on the EOS-1D C to absorb the heat coming off the sensor and ensure that the camera can run continuously without issue. The magnesium body of the Lumix GH4, itself a great conductor of heat, acts as part of the camera’s temperature-management scheme.

But there isn’t always room inside a camera body for the power- and temperature-management systems that 4K requires. The Sony a7S is too compact to afford space for any such thermal management tools. The workaround is put to photographers to output the uncompressed 4K files to an external recording device attached to the camera over HDMI.

The appeal of shooting video for still photographers is simple. In one minute of 4K video there are at least 1,440 individual 8MP frames. That’s 1,440 chances to capture the decisive moment—a subtle smile, the perfect wisp of a woman’s bangs blowing in the breeze, a gentle fold in a piece of fabric as it settles. “If you sit and talk to people, you catch them in moments that, if there are strobes and lights firing, the odds of catching are small,” says Michael Ori, an editorial and commercial photographer based in Utah who shoots with the EOS-1D C.

So far, Ori and other photographers are using 4K capture primarily for portrait, wedding, and fashion shoots. Giulio Sciorio, an Austin, Texas–based portrait photographer who uses a Lumix GH4, believes rolling in 4K relieves a lot of pressure on set. “Now you can find the decisive moment in the comfort of your own office instead of stressing about it,” he says. “‘Did I get the shot?’ Yes, you got the shot.”

Frederick Van Johnson, a Bay Area photographer who recently spent a week in Paris with the Lumix GH4, thinks the technique can also apply to off-the-hip styles like street photography. “You’re walking around and trying to capture these candid moments,” says Van Johnson. “Say the classic scene of lovers on a park bench in Paris: Let them play out the action, and then stop the camera and go somewhere else.”

Portraiture is low-hanging fruit for still photographers, but it’s also what the current state of the technology best allows. One of the great misfortunes of the recent crop of 4K cameras is that they are limited in terms of their frame rates. Twenty-four frames is the cinema standard; this rate takes advantage of the way our eyes compensate for inherent motion blur and patch moving frames together when an object zips across the screen. Pause on a single frame of a soccer player dashing across the field, however, and the blur shows. “You’re not gonna be shooting NASCAR,” Van Johnson says. Or babies, or wild animals, or breaking news—at least not yet.

Along with an inability to capture fast motion, photographers will also sacrifice RAW image processing, which makes it all the more important to make their image adjustments—exposure, contrast, saturation, and so on—before pressing “record.” Explains Sciorio, “I shoot with my mirrorless camera the same way I shoot with film. I build my images in the camera—I build the look on the camera.”

The tools for processing 4K are also familiar to photographers. Ori, Sciorio, and Van Johnson all import their MOV or MP4 files into Adobe Photoshop Lightroom, make image selections and adjustments, and export to Photoshop. “We’re not trying to reinvent the wheel,” Sciorio says; “we’re just adding more content to the workflow.” (Canon does market its own EOS Movie Utility, which allows photographers to export JPEGs or TIFFs from MP4 files.)

Aside from the camera, the only immediate hardware necessity is new storage. Only UHS Class 3 SD and U3 compact flash cards have the write speeds necessary to handle all the incoming data. (According to Canon, the throughput of a compressed 4K Motion JPEG file from the EOS-1D C is 500 Mbps.) Having extra storage on hand is also key; one minute of 4K footage can easily approach 4 gigabytes of space. If you plan to shoot uncompressed 4K, you’ll need even more capacity.

Current-generation Apple MacBook Pros and Mac Pros have enough memory and fast enough processors to easily handle the editing. A display upgrade isn’t an immediate necessity, either, says Sciorio, but prices continue to drop. Asus’s PB287Q 28-inch 4K monitor, for instance, retails for $650. But for playback only, both the iPad Retina and Nexus 7 tablets have higher pixel densities than the Asus.

In the coming years photographers will continue to experiment with new ways to play with this newfound wellspring of image data. “Not only are you capturing frames,” says Sciorio, who often adds subtle movements like fabric blowing in the wind to his stills to create cinema-graphs (or living pictures), “but there are a lot of opportunities for photographers to start blending still, motion, and sound together.”

Corinne Iozzio is the Editor-in-Chief of Popular Science and PopPhoto. She oversees an award-winning crew of journalists—both editors and writers—who are obsessed with helping readers explore our world, either through a deeper understanding of science or the ability to capture their experiences through images.