This has been a big year for Matthew Pillsbury. In February, the New York-based photographer had a retrospective at Aperture... 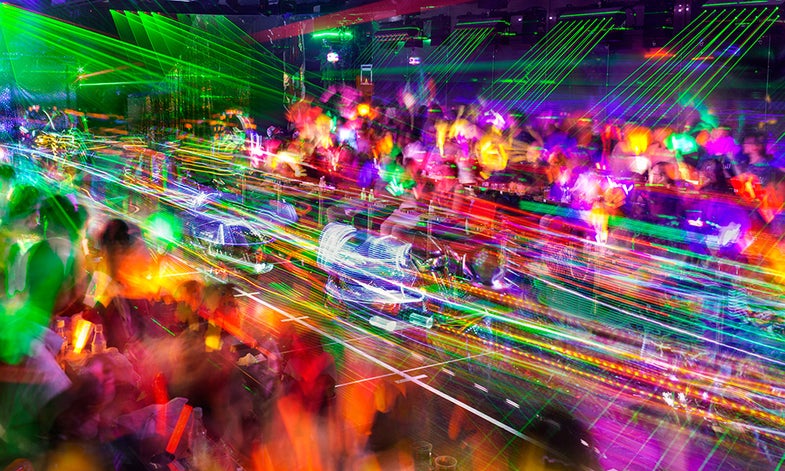 This has been a big year for Matthew Pillsbury. In February, the New York-based photographer had a retrospective at Aperture Foundation, an accompaniment to the recently released monograph City Stages, which covered a decades worth of his masterful black-and-white large-format long exposures of urban spaces. Two months later, he was awarded the prestigious John Simon Guggenheim Fellowship for Creative Arts-Photography, which led him on a photographic journey all the way to Japan. This month, Pillsbury unveils his newest series, “Tokyo,” on view at Benrubi Gallery in New York from Sept. 10 – Oct. 25, 2014, which features his first, stunning foray into the world of color photography. Pillsbury spoke to American Photo recently about his transition from black-and-white and about the advantages of photographing as a foreigner.

Tell me a bit about your process. How did you decide to photograph in Tokyo and what kind of scenes did you seek out?

I had been to Tokyo 10 years ago and had been fascinated by how totally foreign it was. I speak French and English and in most cities I can find my bearings quite easily. Tokyo was the first time I felt lost both physically and linguistically. After photographing extensively in places that were current or past homes of mine, I thought it would be interesting to go back to Tokyo and photograph something I didn’t know or sometimes even understand.

I also felt that Tokyo was emerging from a period of economic stagnation and was resurgent culturally and economically and was poised to change in the years leading up to its hosting the Olympics. I really went over willing to photograph anywhere people congregate or where something significantly cultural takes place. Some places were familiar to me as a foreigner and in other cases I [spoke] to locals to get ideas. I try to find a varied mix of locations.

In a way I found it liberating. I felt like being so obviously a foreigner I could try things and if I [were] lacking the proper permit or access it would be ascribed to my not knowing any better and I wouldn’t get in trouble. The advantage of photographing in NYC is that I can bring to it the knowledge of having lived there many years.

This is your first major work that includes color photographs. What inspired the transition from working in monochrome alone and what was it like combining the two modes for your final sequence of images?

The transition to color is something that I had been toying with for a few years, but it happened both suddenly and yet very naturally in Tokyo. Locations like the Cup Noodle museum and the Robot show needed to be in color.

One of the things that I have always loved about black-and-white is how it allows for multiple light sources and pictorial elements to be tied together into a visually coherent whole. In this case, I was specifically interested in allowing these photographs to explode with their bursts of color. On the other hand, certain pictures like the mirrored Tokyo Plaza escalators and Nakagin Capsule Tower were more interesting to me in black-and-white. I hope that my viewers will find the mix as natural and interesting as I do.

Where do you see yourself going next, both physically and photographically?

I received a 2014 Guggenheim fellowship to photograph in Japan, so I plan on going back over the fall and continuing my work there and eventually going to other cities in Asia.