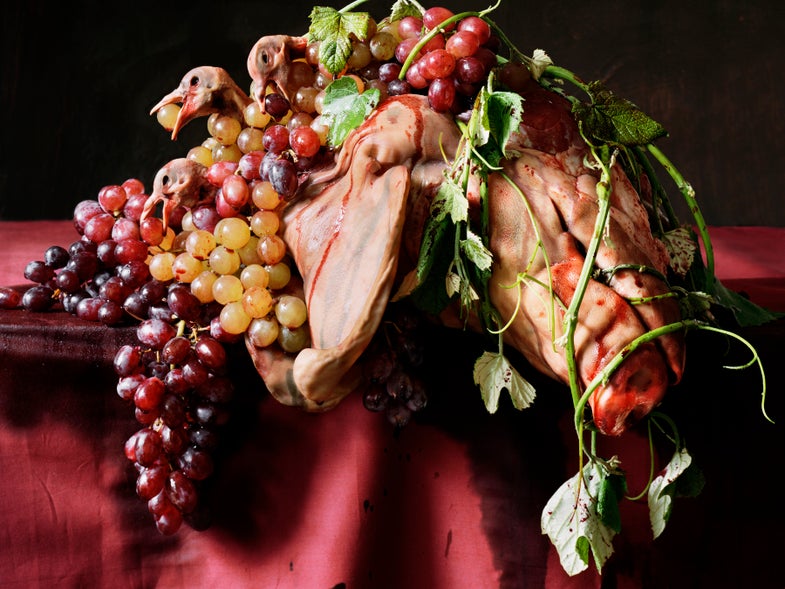 Tara Sellios‘ still lifes are simultaneously beautiful and grotesque. Dead animals are broken apart, meticulously arranged among fruit, broken wine glasses or twigs and thorns and then photographed with an 8×10 film camera. It’s a time consuming process that relies as much on sketching and building as it does on photographing.

Until recently it was also a race against the clock—Sellios had to gather props, build her scenes and photograph them both before the sun set and all the unrefrigerated flesh began to stink up her studio. In the last few months Sellios has stepped away from shooting the neatly arranged fleshy animals and has started working primarily with skeletons and dried moths.

“Every body of work is kind of a chapter. I felt like the chapter with the fleshy stuff was over. It was said and there was really nothing more to add,” she says. “I wanted to do the next chapter in that book. Where there is no flesh, it has withered away. The wine is gone and everything is going back to the earth.”

Here, Sellios talks about her process and prepares one of her intricate skull sculptures for its closeup.