Over the weekend Harvey Wang’s photo documentary project passed its Kickstarter goal of $18,000—good news for anyone who is fascinated … Continued 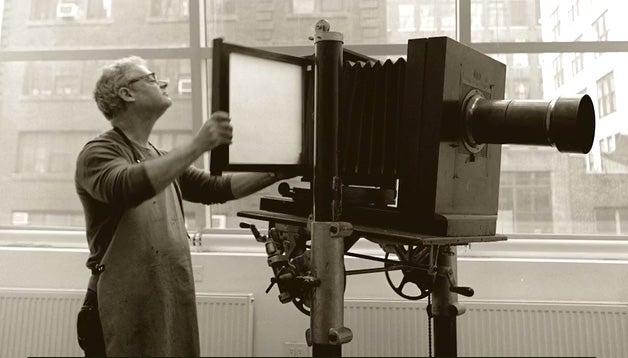 Over the weekend Harvey Wang’s photo documentary project passed its Kickstarter goal of $18,000—good news for anyone who is fascinated by the history of photography. The money raised through Kickstarter will go toward book publishing costs for From Darkroom to Daylight—slated for Spring 2015 release through Daylight Books.

Wang, a life-long photographer and a filmmaker, started From Darkroom to Daylight in 2008 as a personal project to explore how photography’s transition from a medium of chemicals, silver and darkness to one involving pixels, chips and computer screens. “In the beginning I thought it would just be a love letter and a nostalgia piece about film,” he says.

What started as a book proposal eventually morphed into a documentary film. Wang began traveling the country, interviewing photographers, the inventor of the first digital camera, the creator of Photoshop and many more about the transition to digital and what it all meant.

“My connection to photography had always been through the craft and process, the time in the darkroom and my understanding of film and chemistry,” he says. “I felt that this onslaught of digital had this impact on me. I wanted to make a film about how it might have affected other people in the world.” Harvey says working on the film and book simultaneously helped him refine both story lines.

The Kickstarter campaign is the most recent capital-raising milestone for the multi-medium project, which started with an Alfred P. Sloan grant and has picked up funding from Adobe and The Center for Creative Photography along the way. Wang will continue raising funds for the project through Kickstarter until July, 31. Find more info about Wang’s project here.