The Best Things We Saw at the FotoFest 2016 Biennial

Our favorite projects on view during Houston's FotoFest 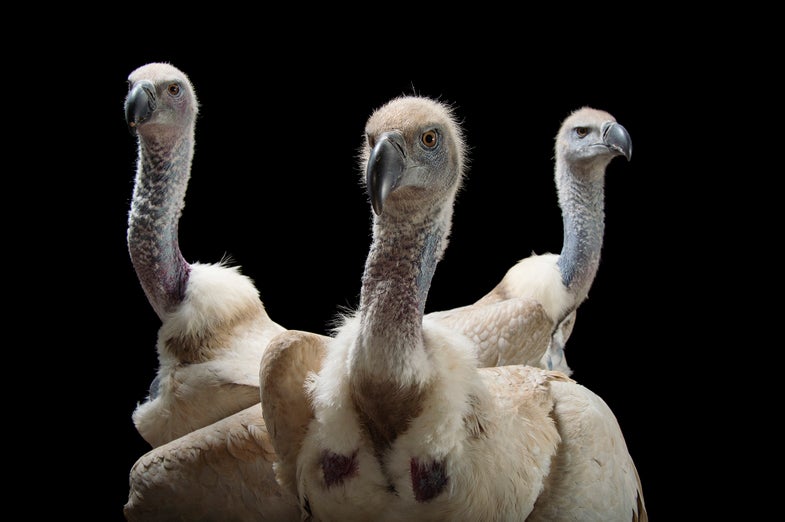 From the series Photo Ark, 2006-2016. © Joel Sartore, courtesy of the artist and National Geographic
SHARE 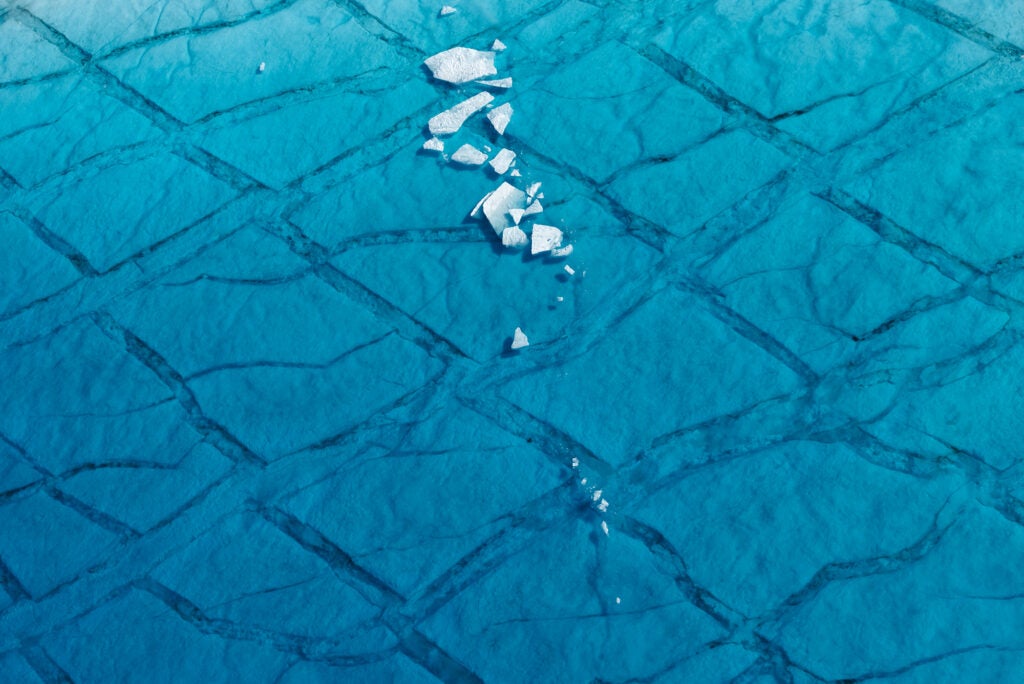 Shards of ice float in a seasonal meltwater lake atop the Greenland ice sheet, 70 miles east of Ilulissat, 2014. From the series, Greenland.

February 2016 smashed previous temperature records and globally it was the warmest month ever measured—1.35 degrees Celsius above the long-term average, according to data released by NASA. As the planet’s temperature is surging and storms are becoming more powerful, the conversation no longer seems to be focused on whether or not climate change is real, but rather, how quickly climate change is happening. The state of our natural world has become absolutely impossible to ignore, which is why it was imperative for the team behind FotoFest to center their 16th biennial around the topic.

“Everything that the industrial age established is now on a huge growth cycle,” says Wendy Watriss, one of the founders of the Houston based FotoFest. “People are concerned with the environment, and the lack of discussion of the need for economic restructuring, [this] continued emphasis on growth, growth, growth. The development of newer more environmentally friendly materials are not going to be able to keep up with that.”

This troubling unanswered question is what led Watriss, her co-founder Fred Baldwin and Executive Director Steven Evans to select the environmental theme of their 2016 FotoFest Biennial, Changing Circumstance: Looking at the Future of the Planet, which kicked off in Houston last weekend. The city-wide festival features work from more than 30 photographic artists who examine the dynamic changes our planet is currently undergoing.

Documentary work mixes with conceptual art in this expansive biennial with participants exploring wide-ranging themes: abstract images that celebrate the sublime beauty of our natural world share gallery spaces with brutal reportage projects that reveal the deep scars humanity and industry has carved into this planet. The mixing of moods at FotoFest is clearly intentional, but rather than feeling schizophrenic it gives the exhibitions a holistic feel.

“It was our goal to show the interconnectedness of these subjects and issues and also to show different approaches,” says Evans. “Often you don’t see these approaches rubbing up against one another, talking to one another. Breaking down those kinds of boundaries helped us tell the story.”

Watriss adds that she believes having traditional documentary work presented along conceptual artworks strengthens the message of the biennial as a whole—that it’s time to allow humanity to see the earth on its own terms. Her husband and co-founder, Fred Baldwin, has a slightly different perspective. People are sick of hearing the bad news—they have become desensitized to images polar bears on melting ice cubes. But if the bad news is delivered in a surprising way it may reach deeper and encourage people to change their behavior.

“If you look at old 12th and 13th century editions of the bible that were handmade they are gorgeously illuminated—all of the bad news is delivered in the most beautiful way,” he says. “Strategically, that is not a bad concept. We’re in the storytelling business and rather than a didactic implementation of facts we are trying to slip it in to the consciousness of people looking at the exhibition, every way we can think of to slip it in we are trying.”

American Photo made it down to Houston to check out the opening weekend of FotoFest, which runs through April 24. These are some of the projects that we found particularly impressive.

Shards of ice float in a seasonal meltwater lake atop the Greenland ice sheet, 70 miles east of Ilulissat, 2014. From the series, Greenland. 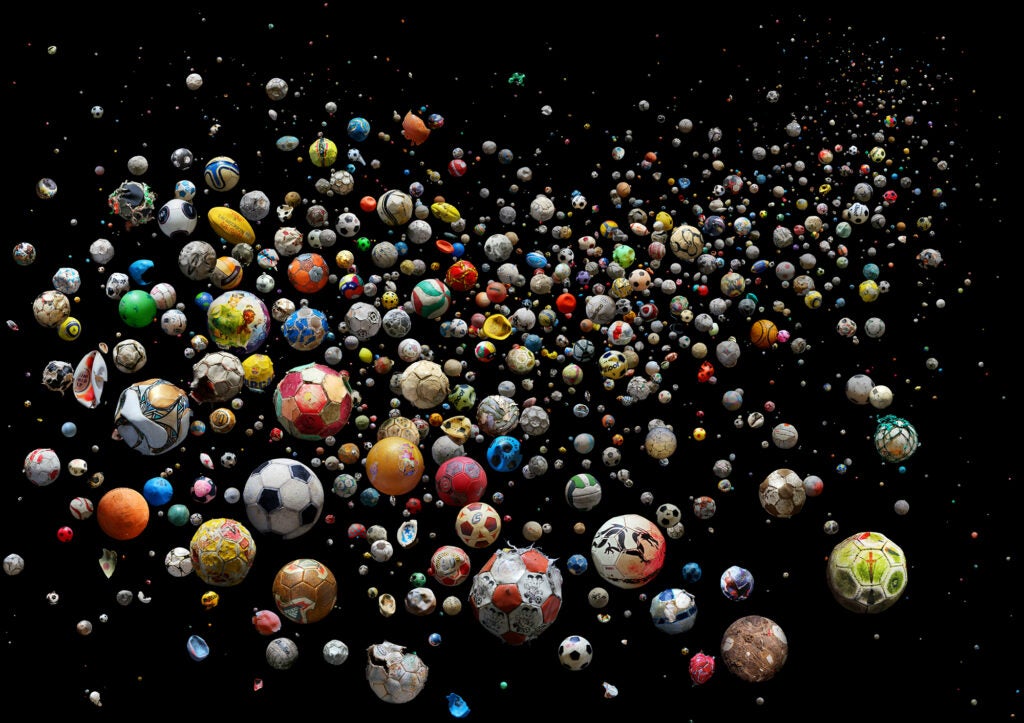 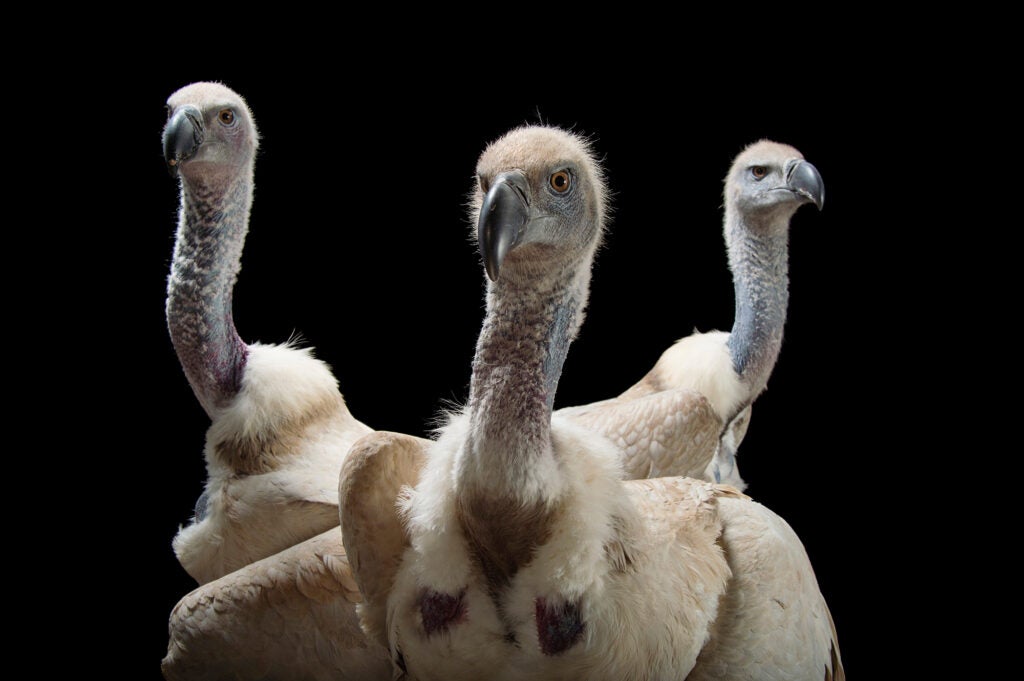 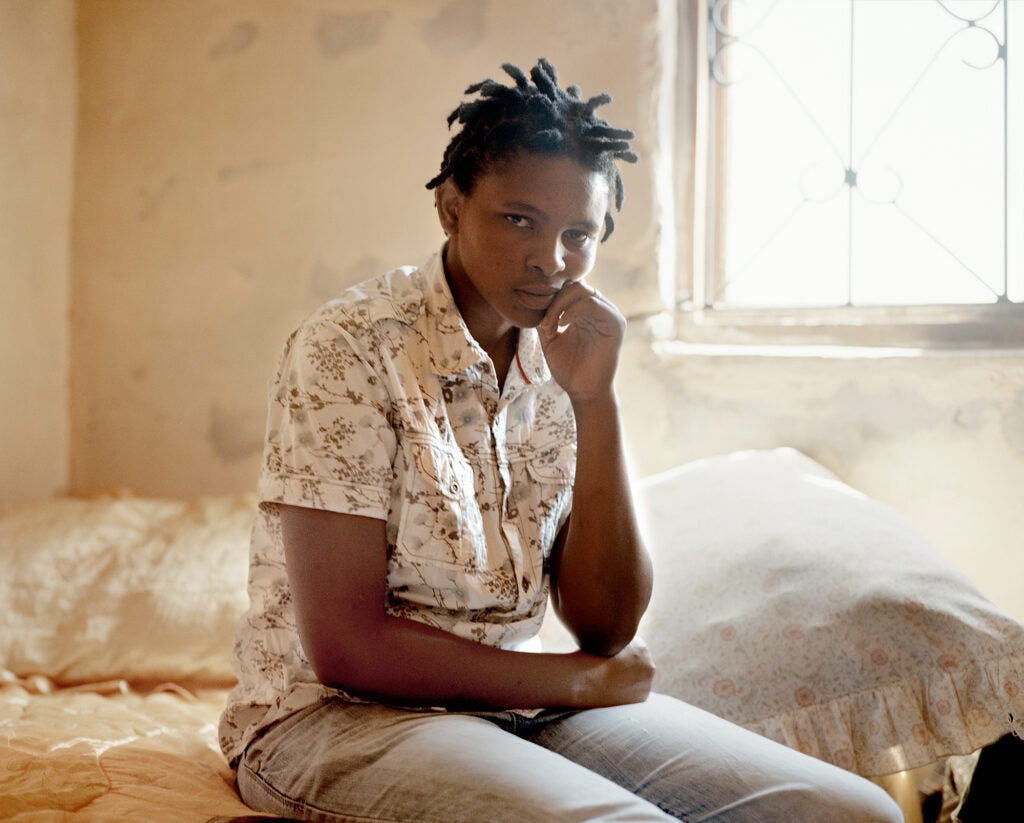 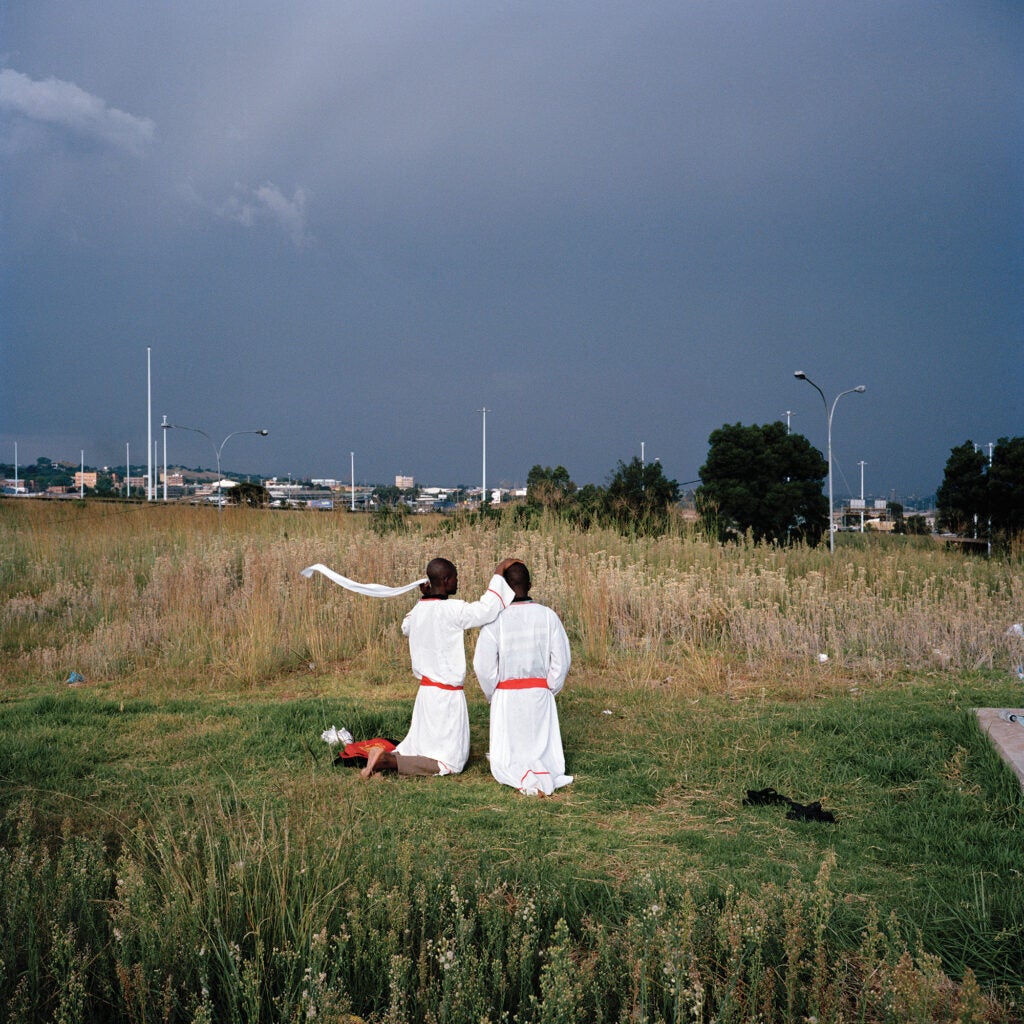 From the series Tales From The City Of Gold. 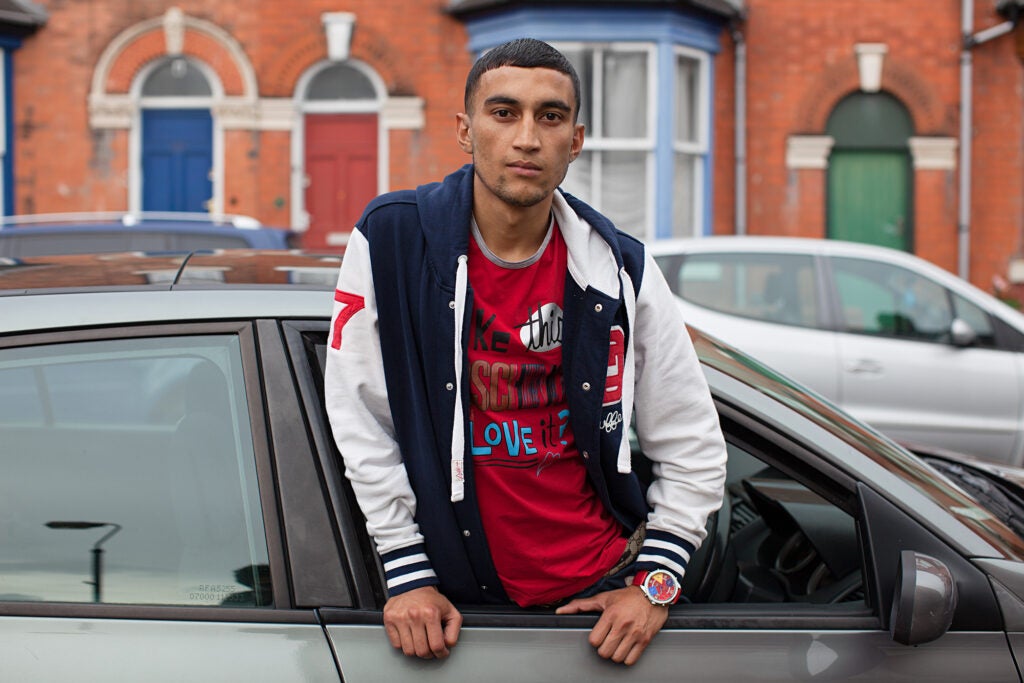 From the series You Get Me? 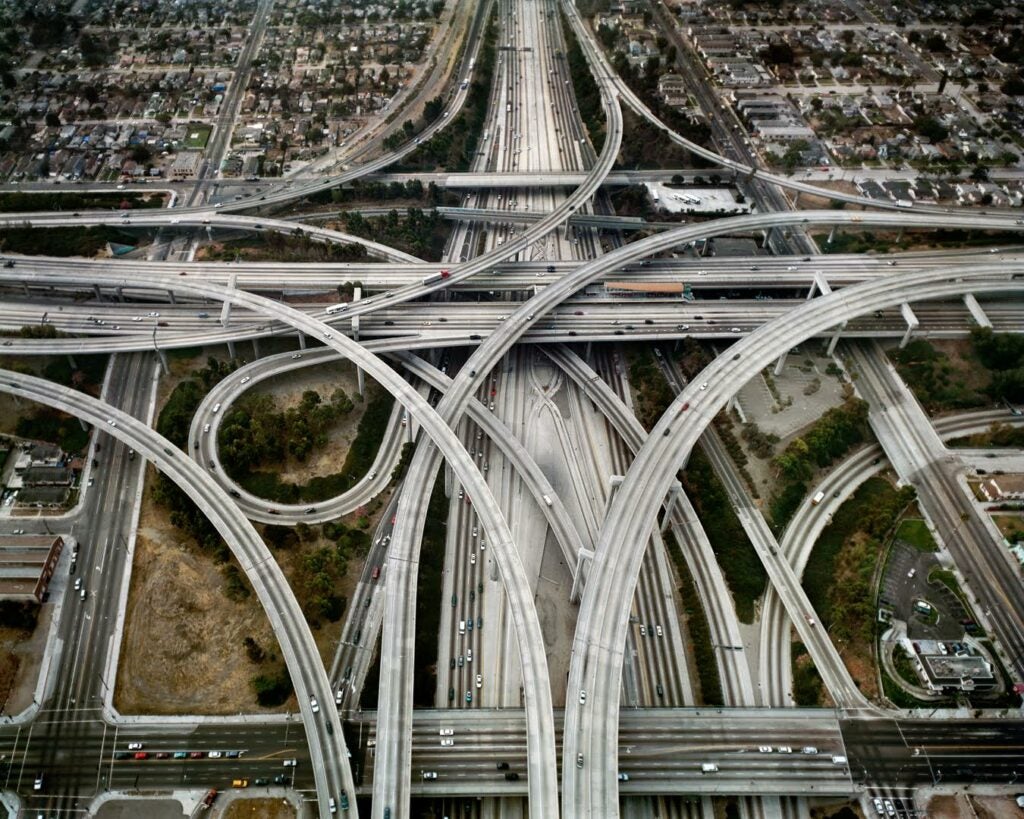 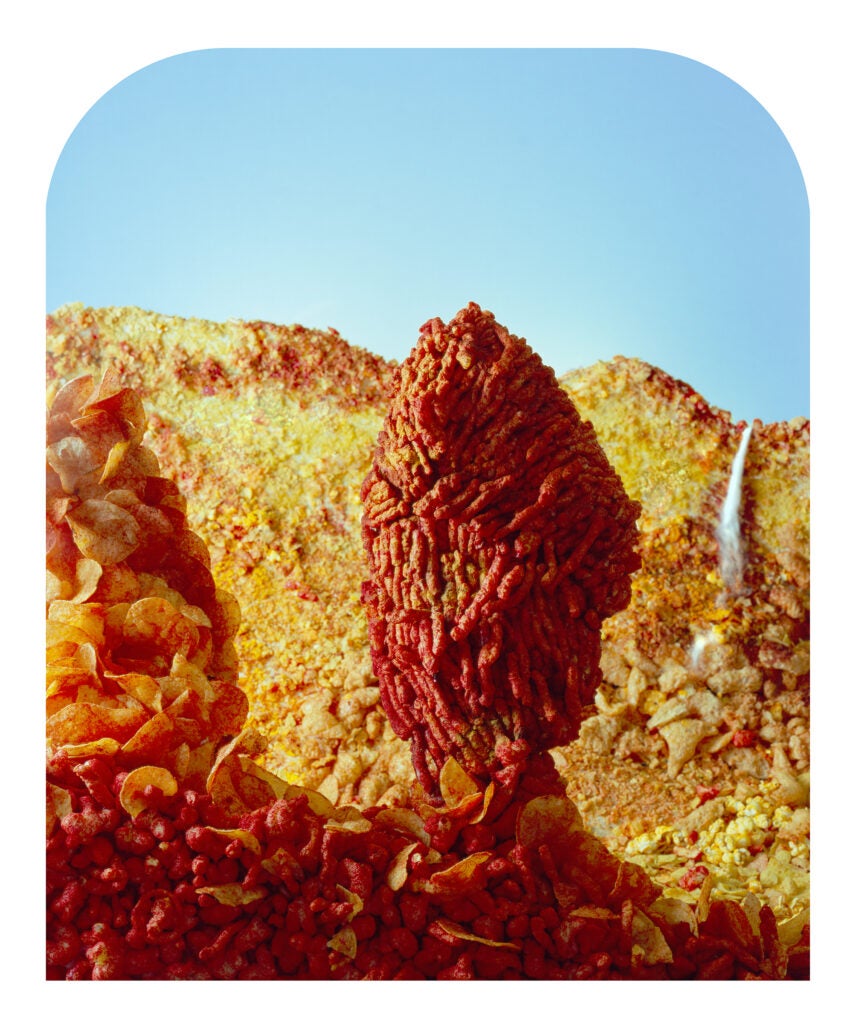 From the series Processed Views: Surveying the Industrial Landscape 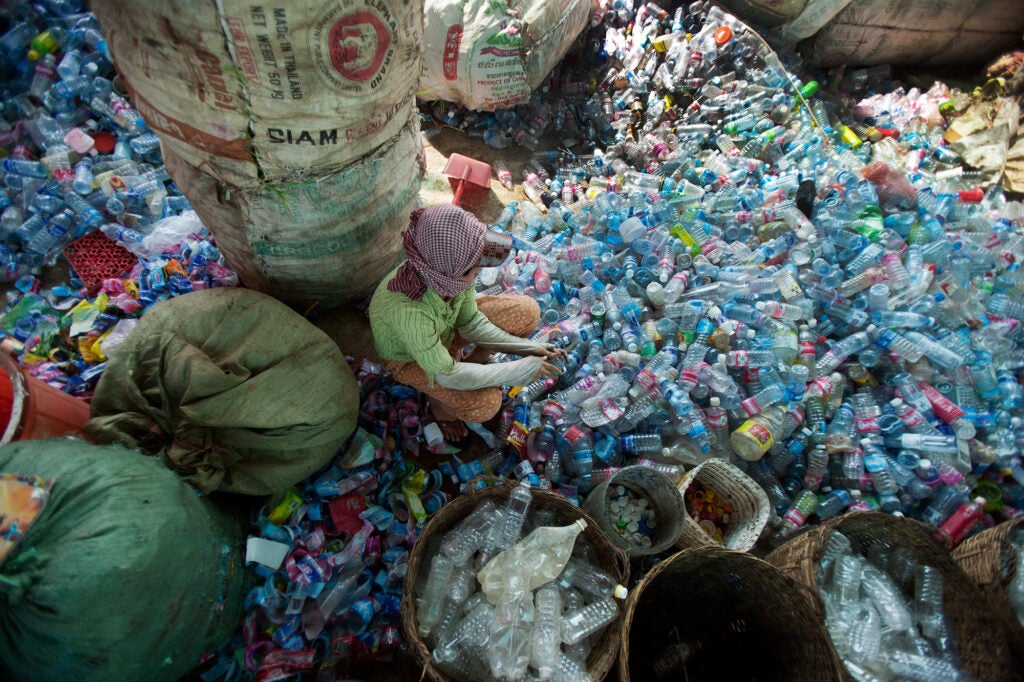 Sorting plastic drinks bottles; white caps are put into one bucket, color caps into another, grey, blue and clear bottles are put into different containers, and the plastic wrappers to one side; everything has its place. From the series Smokey Mountain and Recycling Phnom Penh, 2007-2010. 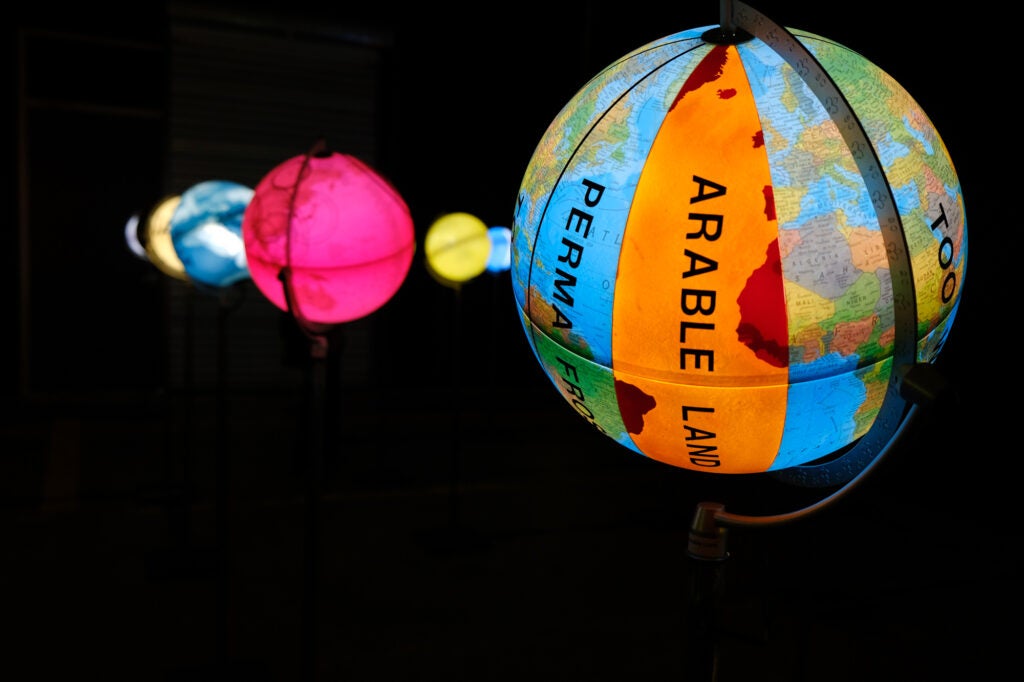 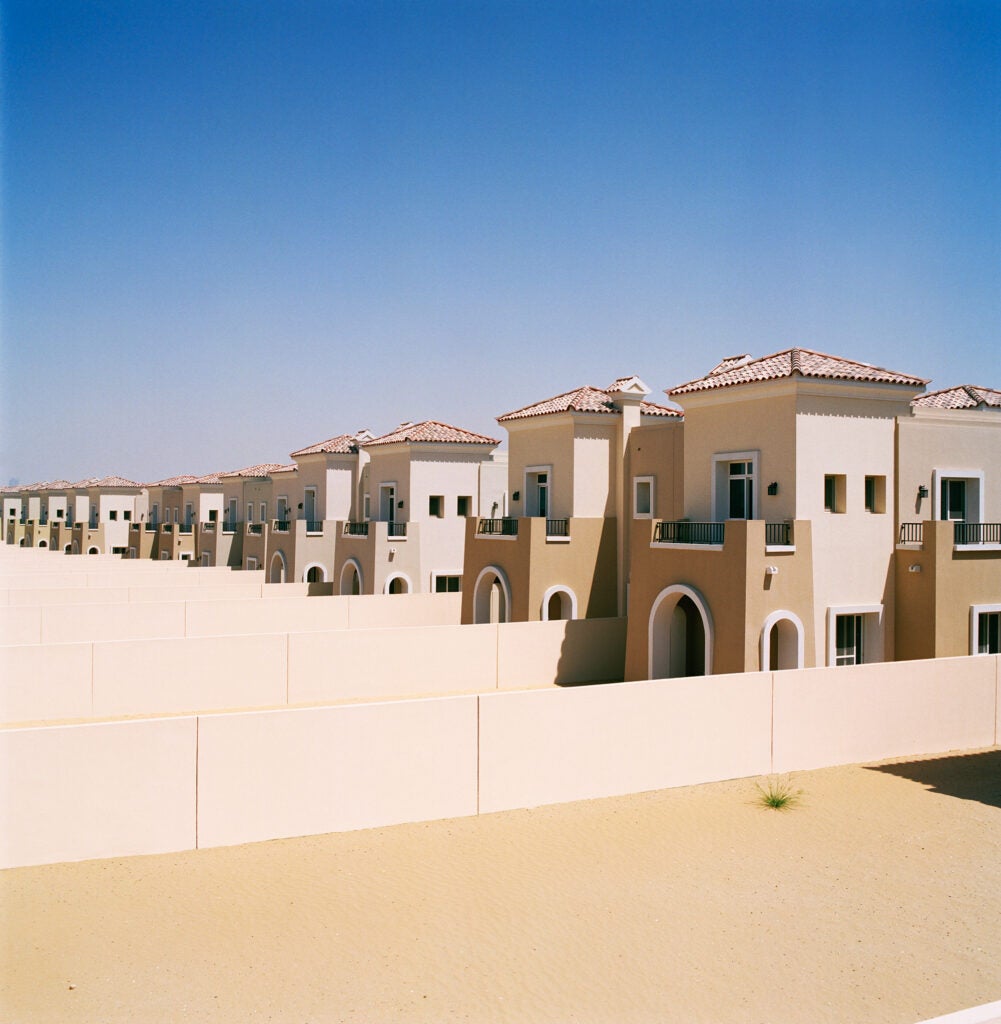 From the series Anonymization. 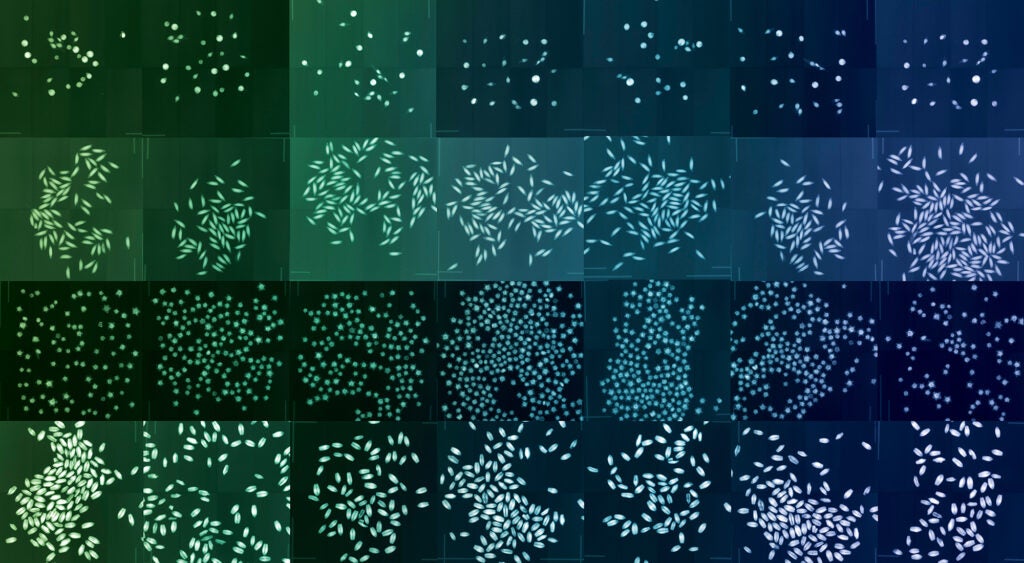 From the series Archiving Eden. 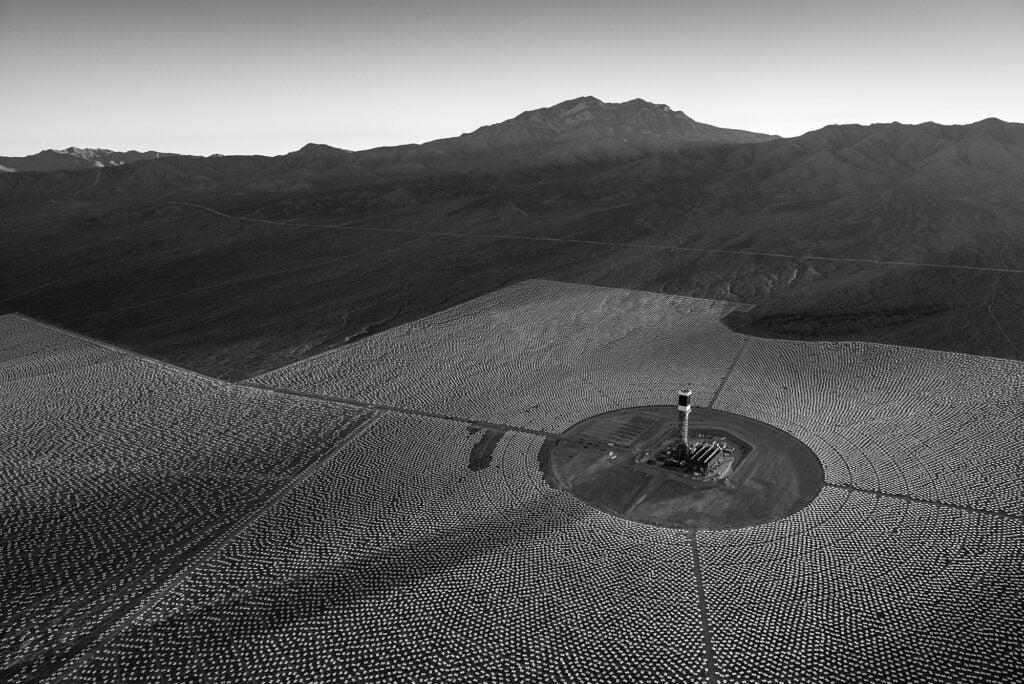 Late Afternoon Over Ivanpah Unit 3 with Mount Clark in the Distance. From The series The Evolution of Ivanpah Solar.
Jeanette D. Moses