Andy’s Factory, Photographed From Within

What does it take to be world famous? Andy Warhol spent a lifetime working that one out, and he succeeded... 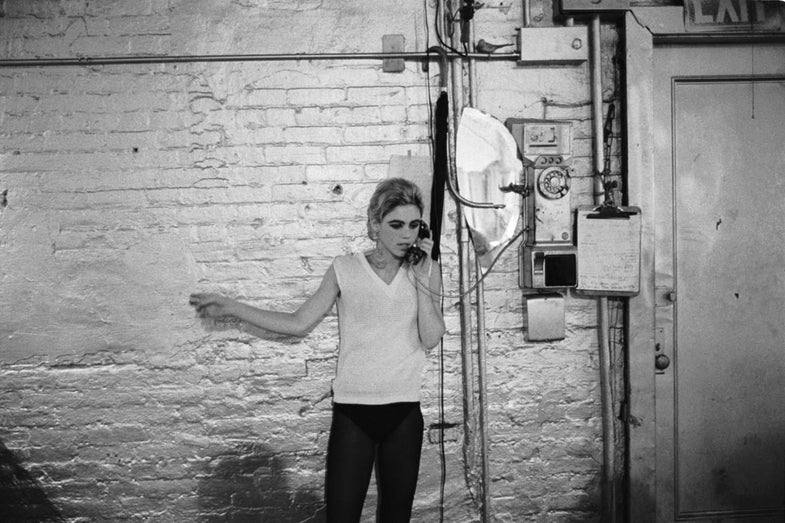 What does it take to be world famous? Andy Warhol spent a lifetime working that one out, and he succeeded beyond even his wildest dreams. Much of the madness behind his methods can be seen in a fascinating photo exhibit, “From the Factory to the World: Photography and the Warhol Community,” at the Teatro Fernán Gómez Centro de Arte in Madrid, Spain, through July 22.

The Warhol exhibition is the lynchpin of this year’s PHotoEspaña (PHE) festival, which opened last week and runs in more than 70 exhibitions throughout Madrid. Now in its 15th year, the festival again has a broad theme, “From Here: Context and Internationalization,” designed for creative mash-ups of styles, subjects and media. It’s a resolutely global event: Offerings range from young surrealist photographers in “Asia Serendipity” (companion to the Warhol show) to South American up-and-coming artists in “Tropical Schizophrenia.”

But the vast Warhol exhibition sets the tone. “Warhol’s Factory epitomizes our program this year, because while it was a rather parochial community, it was such a creative hotbed that it truly had a global reach,” explains Gerardo Mosquera, PHE’s artistic director, at the show’s opening on June 5. “Andy lived in his own world, but he was shooting for the stars.”

And nurturing them. In the 1960s, Warhol’s studio in midtown Manhattan attracted not only hipsters and hangers-on but also renowned photographers like Richard Avedon, Nat Finkelstein and Cecil Beaton, all prominently featured in the show. “We tried to bring all the different viewpoints together,” says curator Catherine Zuromskis, a photo professor at the University of New Mexico. “Finkelstein’s images are more critical, and Stephen Shore’s are more celebratory. But they all reflect this crazy scene of creativity.”

Ranging from Polaroid snapshots to large-scale prints, these images are focused resolutely on the Factory; you’ll see no soup cans or day-glow Marilyns here. Most revealing are candid shots by lesser-known Factory acolytes such as Billy Name and Brigid Berlin, Warhol’s libertine friend who always seems to appear in some state of undress. Stephen Shore, later known for his New Topographics landscape work, contributes down-to-earth portraits of the Velvet Underground’s Lou Reed and John Cale (both wearing sunglasses indoors, of course), of singer Nico in mid-song, and of ingenue Edie Sedgwick looking both charming and fragile.

The show includes a panoply of photographs by the snap-happy Warhol, whose fascination with erotica and the breakdown of social mores gave way to an outward-looking focus on street scenes and celebrities after he survived the notorious attempt on his life in 1968. That year, the Factory itself moved uptown and “scene” started to increasingly resemble a corporate empire. Warhol’s later years were documented on film by Jonas Mekas (included in the show) and in photographs by his companion Christopher Makos, who depicts Andy everywhere from Studio 54 to the Great Wall of China, usually with unruly spiked hair and that enigmatic half-smile.

Across town at Filmoteca Española, you can see Warhol’s own bizarre films and screen tests of the actors who flocked to his 8mm camera—60s characters like Ultra Violet, Candy Darling, Rotten Rita and Penny Arcade, self-mythologists who evinced Warhol’s observation that “in the future, everyone will be world-famous for 15 minutes.”

Warhol (who died in 1987) made that prescient comment in 1968 when the Internet was, at best, a vague concept. In its far-ranging exhibitions, this year’s PHotoEspaña celebrates the global reach of photography in our digital age. But it was the analog adventures of Warhol and his Factory denizens that showed the way forward.