All Access: The Rock ‘n’ Roll Photography of Ken Regan

Rock stars and music photographers have always engaged in a delicate dance, because they know they need each other. At... 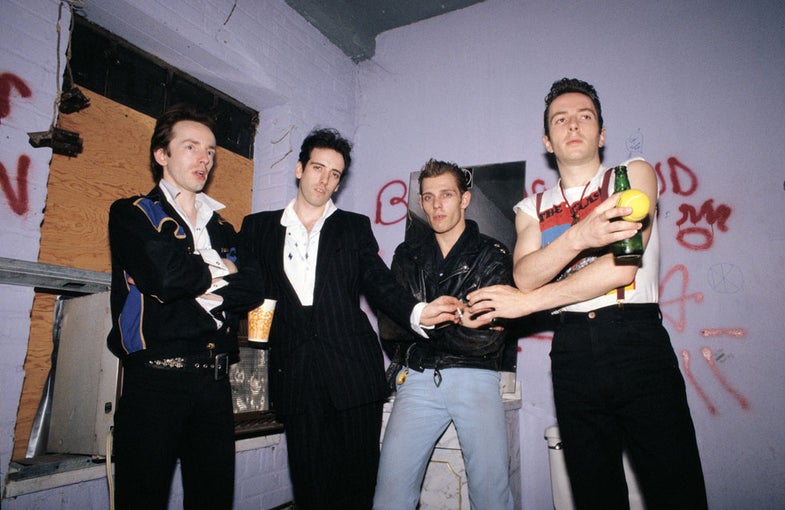 Rock stars and music photographers have always engaged in a delicate dance, because they know they need each other. At best, this symbiotic exchange develops into a trusting relationship — dare we say friendship — in which the performers can hang loose and let the chroniclers snap away, on stage and off, with a tacit agreement that everyone will benefit from the resulting images.

Few rock photographers have mastered this game better than Ken Regan, whose recent book, All Access: The Rock ‘n’ Roll Photography of Ken Regan (Insight Editions, $75), offers a rich record of the photographer’s long rock-and-roll odyssey — from Elvis to Madonna to 21st century shots of rock legends relaxing at home. “The photographs he takes are honest because we trust him,” says James Taylor in his Afterword to Regan’s book. “We can be ourselves around him. He is one of us.”

Regan gained his “All Access” status through his relationship with legendary promoter Bill Graham and assignments from Time, The New York Times Magazine, People and other publications. But his friendly rapport with subjects, and his deft eye, are what shine through these photographs. “You have to know the moment before it happens,” writes Keith Richards in his preface (which precedes Mick Jagger’s Introduction). “Maybe like hearing a song before it has been written. Whatever this intuitive sense, is what my longtime friend has. Many times I’ve been onstage only to see Ken’s beady left eye drilling through me with that wry grin under his camera and know he’s got the shot he was after.”

Jack: You are apparently good friends with Mick and Keith, since they both agreed to write for your book.

Ken: I was overwhelmed. We’ve been friends for a long, long time. Through the years we kept bonding and doing things together, and I was very grateful that they were nice enough to write the pieces for me, as was James Taylor.

It’s ironic that Keith wrote a little poetic thing, and he’s the guy who recently put out a 500-page book of his own…

[laughs] Yeah, it’s funny because Keith sent that piece to me within one week of my asking. And Mick wanted to talk. He and I had a great 40-minute phone conversation, and then I didn’t hear from him for weeks and I thought, “Oh God, don’t tell me Mick’s going to bail.” So I sent another email, and his assistant called to say, “Mick would like to talk to you this evening.” And I said, “That’s going to be tough — my daughter’s been away for five weeks, she just got back and we’re having dinner. I’ll try to be home by around 10, if he can call then.”

Yeah! Ten o’clock the phone rings. “Hello Ken?” “Hello Mick!” “So, how was the dinner with your daughter?” I said it was great. And he said, “Listen, I’ve got a couple of daughters, I know that scenario.” And then we talked a long while and rehashed everything, and he sent this amazing piece.

So these guys would obviously be among your favorite photographic subjects.

Yes, and Bob Dylan, of course.

Dylan is known to be a tough interview. Would you say that’s true with photographing him?

Well I think he was always hard to photograph, but then he hired me to shoot the Rolling Thunder Revue [in 1975] and he said, “We’re going to do this tour, and there’s going to be a lot of people on it and we’re going all over the place and I want you to document every single moment of the tour.” It was no limitations — backstage, on the bus, anywhere I wanted to be, unless it’s inappropriate like someone having sex or something. And I said, “Great!” And 13,750 photographs later at the end of the tour, he kept his word: I could show anything I wanted. That’s never been done — Bob’s never allowed it before.

You had established a sense of trust. When that happens, do you find yourself trying hard not to be a royal pain?

Oh, you can’t be. I never would have been able to do the things I did if I was pushy, aggressive, in their face, or whatever. And you get to know these people and your limitations. You know what you can ask them to do, or if something is happening in front of you that you can photograph or not. For instance, there is a shot in the book of Dylan the first time he met Bruce Springsteen. It was on the Rolling Thunder tour, and I was in the dressing room with Bob, and there was a knock on the door: “Bruce Springsteen is here.” He said, “Well bring him in.” And they had never met before. I took maybe nine or ten frames, I knew I had the image, I knew they wanted to be alone, so I left.

That must have been quite a moment. Were they in awe of each other?

Totally in awe of each other. I think Bruce a little more than Bob [laughs].

So you know when to butt out. Is there anything else you have done to build up that level of trust?

You know, it all came because of one person: Bill Graham. Bill was the greatest rock and roll promoter in the ’70s and ’80s, right up until he died in a tragic helicopter crash [in 1991]. Bill became my mentor, he took me under his wing, and he introduced me to all these people — I would say 80 percent of this book happened because of his connections.

Do you find that now it’s much harder, because of publicists and layers between the press and the stars?

Oh it’s changed radically. I really feel for photographers who work in the music industry today because, for instance, at a concert, they’ll usher them in like cattle and maybe allow them to do two or three songs and then they’re out of there. All these bands and artists have press agents and managers and et cetera, and they like to control everything, and they do.

You also have a commercial practice — these days are you shooting musicians?

Not much, but in fact I’m going up to the Berkshires this week to shoot James Taylor. He’s playing Bob Cratchit in A Christmas Carol. His wife is playing Mrs. Cratchit and his two boys are playing the Cratchit kids. That’ll be a lot of fun. But I usually stay away from the new talent because of all the restrictions.

Your recent pictures of rockers have often been scenes at their homes. That’s probably more fun in its own way.

Yeah, but for me it’s all fun. I came from a poor neighborhood in the Bronx, a tough hood. Most of my friends either went to prison or they died of overdoses, and I was lucky to get out of that element and to move into something I wanted to do and to keep doing it for all these years. It’s a great gig.