After Catastrophe, Photographs To Help Rebuild

Photographer Wyatt Gallery is a self-proclaimed nomad, an explorer who has shot spiritual sites across the globe. But when he... 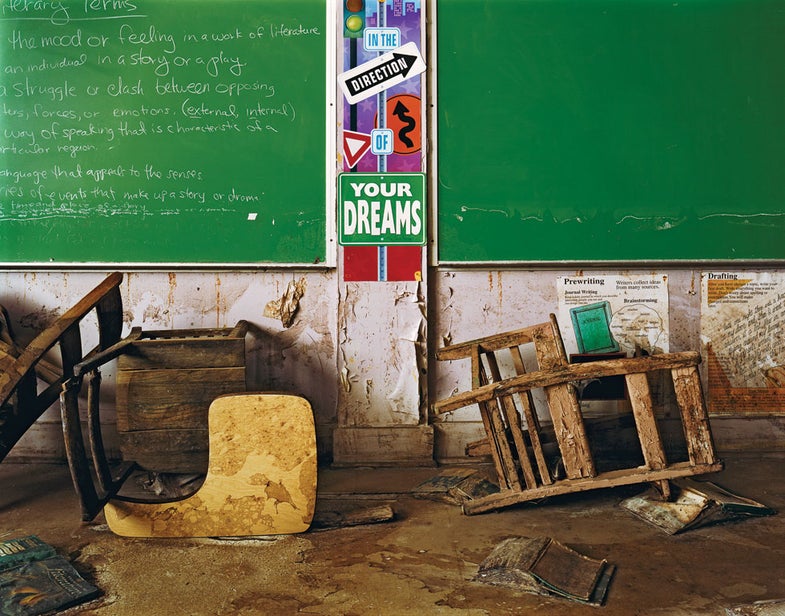 Photographer Wyatt Gallery is a self-proclaimed nomad, an explorer who has shot spiritual sites across the globe. But when he first heard about the massive 2004 tsunami in South Asia, his career took another turn.

“I felt this overwhelming calling that I had to do something,” says Gallery, 37. “I was shocked by the destruction and the number of people who died in the region. I initially tried to raise money, but I really didn’t do a good job of it and nothing seemed to pan out. So I decided I would fly there, take my camera and see what happened.” 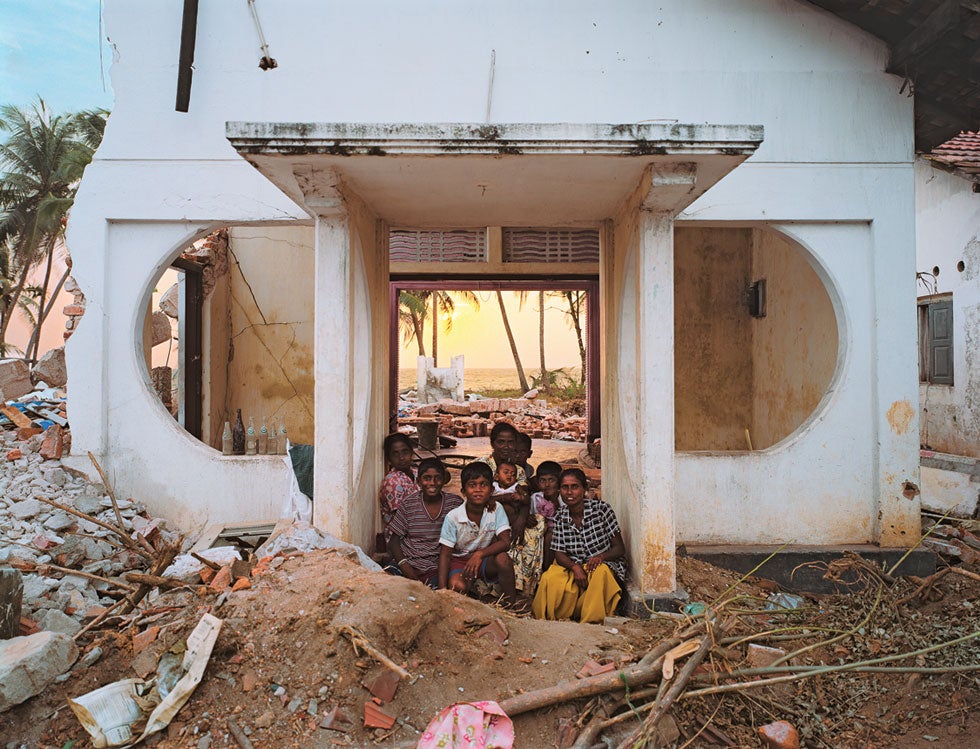 Gallery—”a person, not a place,” he points out on his own website—began his multi-project documentary series Remnants: After the Storm in the island nation of Sri Lanka. His 4×5-inch photographs reflected not only the tsunami’s devastation but also the land’s remaining grace and the resiliency of its survivors. “I felt I should show a fresh view of the tragedy and inspire people to do something about it,” he says. Still, he wanted to make a more concrete contribution. “I tried to find a way to use the photographs to raise money, like selling prints,” he says, “but it was difficult.”

A similar impulse led Gallery to New Orleans in the aftermath of 2005’s Hurricane Katrina, where his artfully rendered images gave the destruction a sense of poignancy. “After Katrina, there were no people around,” he recalls. “What remained were people’s belongings. So I photographed the possessions and spaces. They gave life to the people who’d lost the life they knew.”

In 2010 Gallery was again moved to action by the earthquake in Haiti, not far from his part-time home in Trinidad. This time he found a way to raise significant funds. In Port-au-Prince, Gallery trained his lens on the tent communities where more than a million homeless survivors were now living. His images—heart-wrenching devestation scenes and surprisingly warm portraits—are gathered in Tent Life: Haiti (Umbrage Editions, $40), with 100 percent of the book’s royalties going to charities, including Healing Haiti, the J/P Haitian Relief Organization and the Global Syndicate.

Other fundraising avenues opened up. “I went to Haiti with a group called Le Sét—a collective of photographers and people who work in advertising,” he says. “We did a team project called Hey You! Haiti. We held a fundraiser at the Mother New York ad agency and raised $14,000, which was matched by Print 4 Change, to donate to Healing Haiti.” 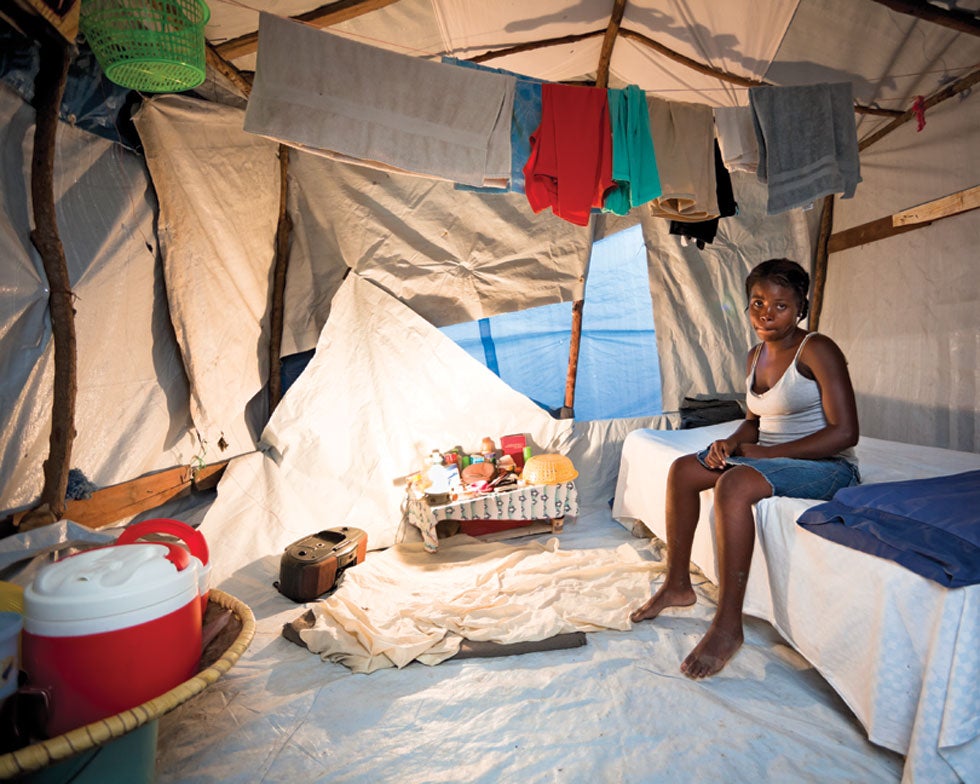 From: A Tent Life Haiti

The project’s name sprung from his experience there. “‘Hey you!’ is what Haitian kids yelled as we traveled through the horrific post-hurricane conditions,” Gallery says. “‘Hey you!’ means ‘Give me!’ Give me attention. Give me help. Give me love.”

He adds that despite their circumstances, the Haitians were quite hospitable. “I’d say 90 percent of them opened their makeshift homes and were receptive to having their photographs taken. It made them feel like someone was interested in their story and wanted to help them. I tried to take the viewer inside how people were living. Instead of just showing the destruction, I wanted to show the now.” This approach helped humanize the disaster. Actor Sean Penn, founder and CEO of the J/P Haitian Relief Organization, has called Gallery’s book “a rich depiction of profound dignity in the wake of devastation.”

Gallery admits that forfeiting the royalties from the Haiti project sharply cut into his own income. “But it feels really good to donate, even though you see it come out of your bank account,” he says with a chuckle. “I would feel guilty making money off of this. When I go to Haiti, I realize how much I have to be grateful for, so I’m happy to help. And there are many people doing much more than I am.”

Gallery plans to continue his Remnants: After the Storm series, wherever it might take him. “I’m not just a storm chaser,” he says. “I never set out to do this kind of work, but it’s made me realize how rewarding it is to do photography that not only interests me but gives back to a larger community. Some people can give money, some can give time, and I can give my photographs.”