2013 Photo Books of the Year: Environment 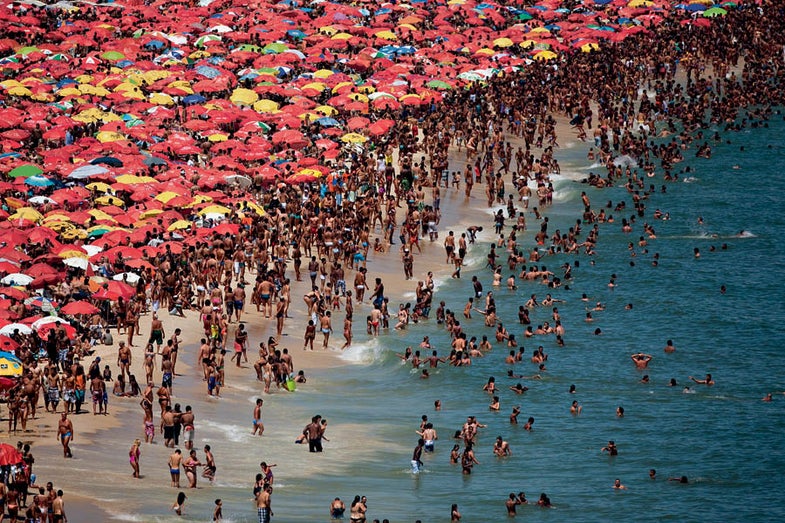 Man and Sea
by Yann Arthus-Bertrand and Brian Skerry | Abrams | $50
Here the aerial maestro Arthus-Bertrand joins forces with underwater expert Skerry to thoroughly examine humankind’s tenuous relationship with our planet’s oceans. While many images—shot either from the air or from under the sea’s surface—are gorgeous, they tell a cautionary tale, explicating the effects of our garbage production, fishing practices, and environmental wreckage (all detailed in the book’s text). Yet much of the discussion is directed toward sustainable solutions, and the gloom and doom is offset by hope. “Action is a cumulative process,” advises sea navigator Isabelle Autissier. “We must act individually and influence those who govern us. The future is in action.”

This is Mars
edited by Xavier Barral | Aperture | $100
In amazingly clear images captured by a HiRISE camera on the Mars Reconnaissance Orbiter, we see our neighbor planet’s surface in all its rugged glory—craters, mountain ranges, chasms, and canyons that resemble microscopic specimens. The back of the book is thick with scientific data.

Across the Ravaged Land
by Nick Brandt | Abrams | $65
Brandt turns his lens on a panoply of endangered African species, from baboons to water buffalo (as well as locals such as the ranger with tusks in the cover shot).

Beautiful Whale
by Bryant Austin | Abrams | $50
Save the whales! That’s the unabashed mission of Austin, who rapturously documents the huge mammals in playful games, parental cuddling, breeding rituals, and inquisitive gazes at their human visitor.

EarthArt: Colours of the Earth
by Bernhard Edmaier | Phaidon | $60
Edmaier’s aerials are stunning in their chromatic range, from deeply red volcanic lava to lush green tropical lagoons. The dearth of humanity makes the Earth’s textured hues look like abstract art.

Out of the Wild: Zoo Portraits
by Boza Ivanovic | Glitterati | $60
With moody lighting (and frequent back-lighting), Serbian photographer Ivanovic portrays everything from rodents to zebras, often with a sense of movement; he pushes the artistic approach used by Tim Flach in a more naturalistic direction.

Genesis
by Sebastião Salgado | Nazraeli | $70
Culminating eight years of world travels, Salgado’s voyage takes us from icebergs and penguins in Antarctica to volcanoes and caribou in the Arctic, from indigenous tribes in New Guinea to hardy reindeer herders on frozen tundra. He calls this collection “a visual ode to the majesty and fragility of Earth,” but, he adds, “it is also a warning of all that we risk losing.