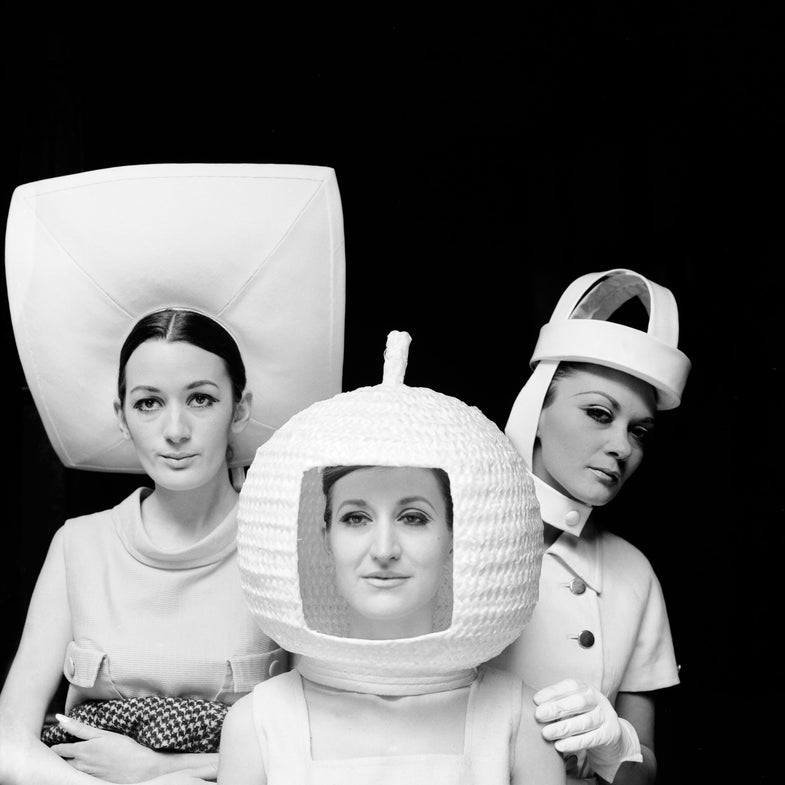 Pioneering Spanish female photojournalist Juana Biarnés had a front-row press pass to document the sociopolitical changes of the 1960s, from happenings staged by the Beatles and Salvador Dalí to quirky fashion statements. Juana Biarnés: Against the Current reveals a trove of visual gems from a long-neglected photographer. Teatro Fernán Gómez through July 31.. © Juana Biarnés
SHARE

With work spread across more than 90 venues throughout the summer, Madrid’s annual PHotoEspaña festival offers plenty of visual surprises—this year these include pointed ironies. While the PHE16 theme of “Europas” denotes an overview of that striated continent, much of the most intriguing work comes from across the pond in North America. Though the late-1989 fall of the Berlin Wall recurs as a cultural watershed, a host of innovative imagery predates it. Whatever its regional focus, PHE16 remains a global potpourri.

Many of of these diverse shows spotlight pioneering female photographers. “We wanted to look at important artists who have often been underrepresented in the art world,” explains PHE Director María Garcia Yelo. “Several of those we found are women.” From historic to contemporary, renowned to obscure, here are 16 highlights on view this summer at PHE16. 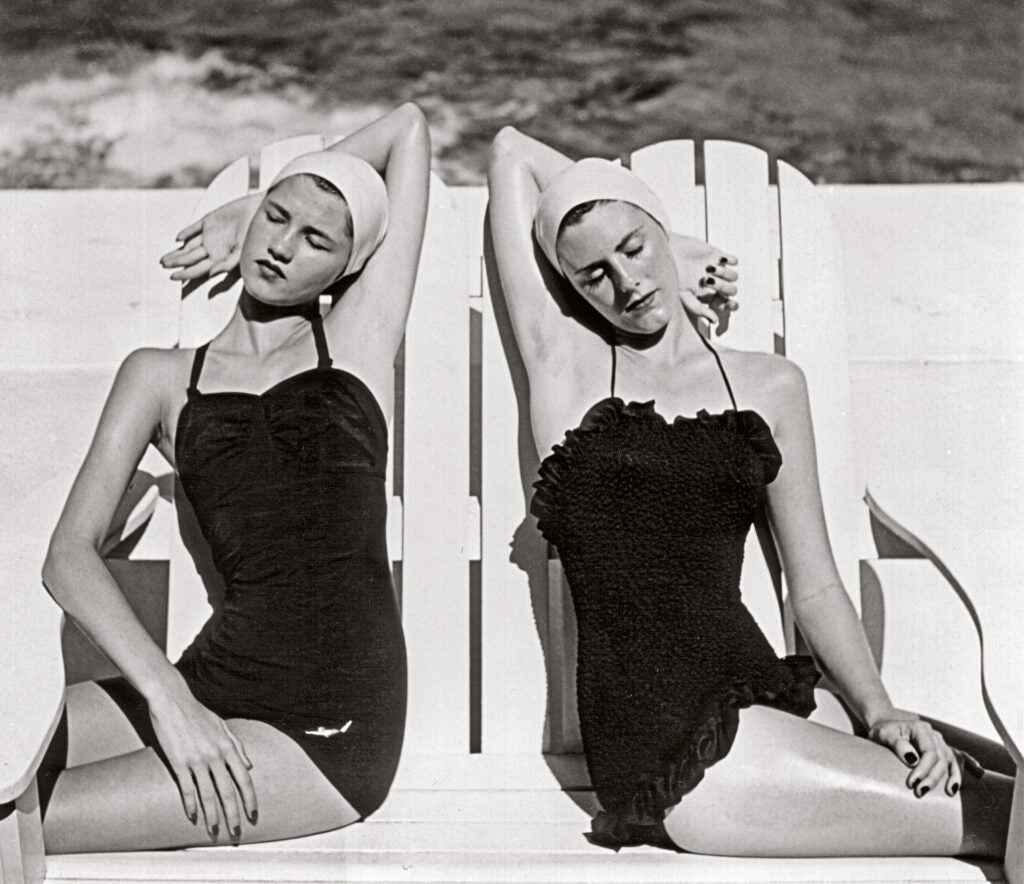 Louise Dahl-Wolfe: A Style of Her Own

Best known for her mid-century fashion imagery for Harper’s Bazaar, Louise Dahl-Wolfe also shot many deft portraits, as evidenced in the vast retrospective, Louise Dahl-Wolfe: A Style of Her Own, showing in Madrid. While the New Yorker’s subjects range from third-world peasants to art-world celebrities, she made her name with atmospheric style studies like “Twins at the Beach, 1949” Círculo de Bellas Artes through September 25. 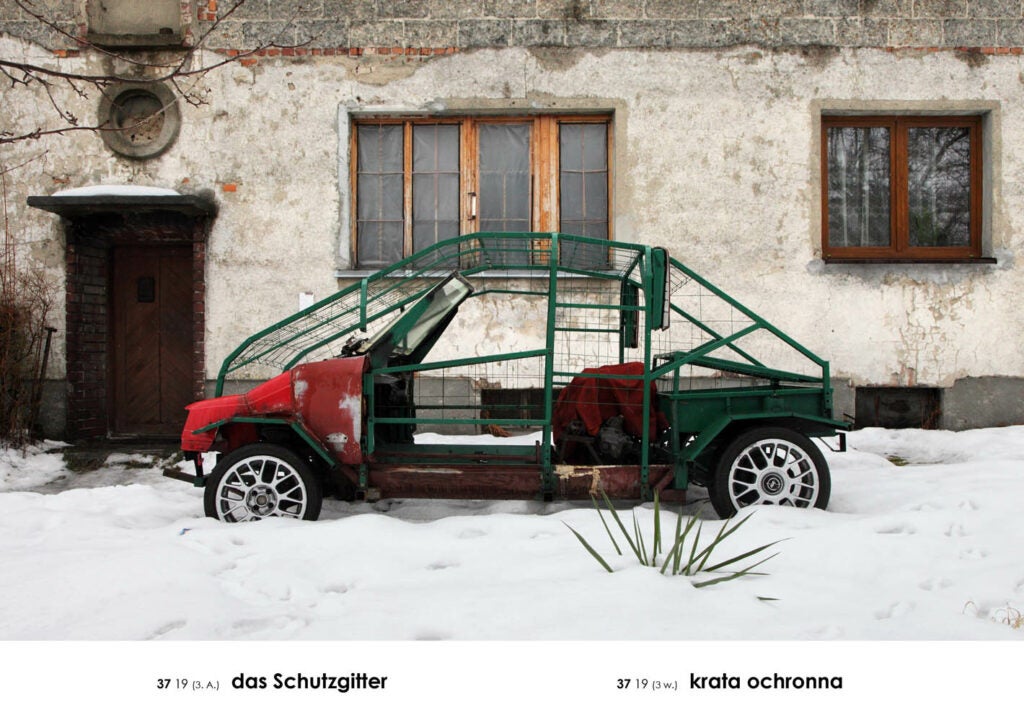 One of the most clever and novel shows in Madrid is by a Polish painter who veered into photography. Andrzej Tobis: A-Z Illustrated Dictionary takes its reference point from a huge German-Polish visual dictionary published in 1954, which defined words via photos while skewing their meaning through the prism of East German propaganda. Tobis creates his own semantic surprises with vivid imagery and oft-ironic tags—the above shot translates to “the protective grille” in English. Museo Lázaro Galdiano through August 28. 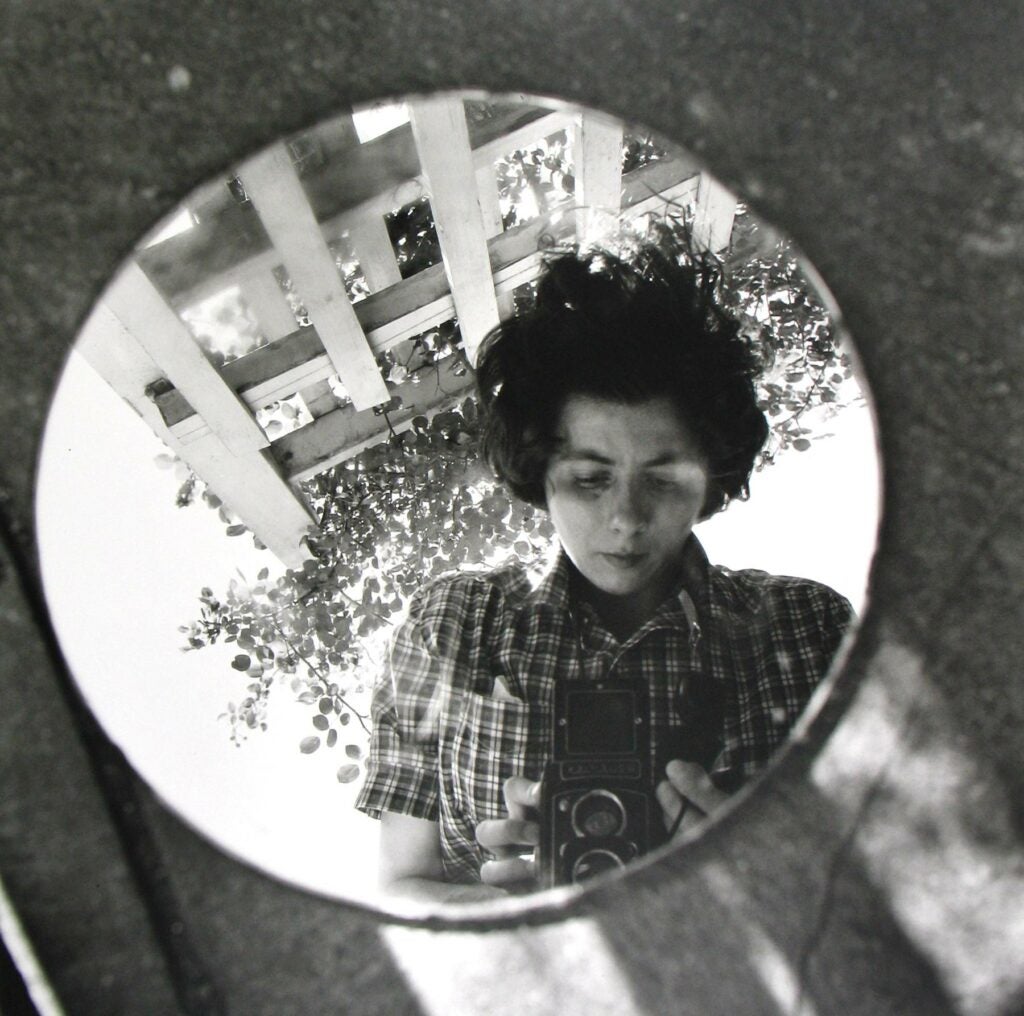 Featuring more than 120 photographs and nine Super-8 films, Vivian Maier: Street Photographer serves up a stunning blend of work by the mysterious nanny with the Rolleiflex who left behind more than 120,000 negatives when she died in 2009. The show ranges from now-known street shots to undiscovered revelations to expressive self-portraits like this one. Fundación Canal through August 16. 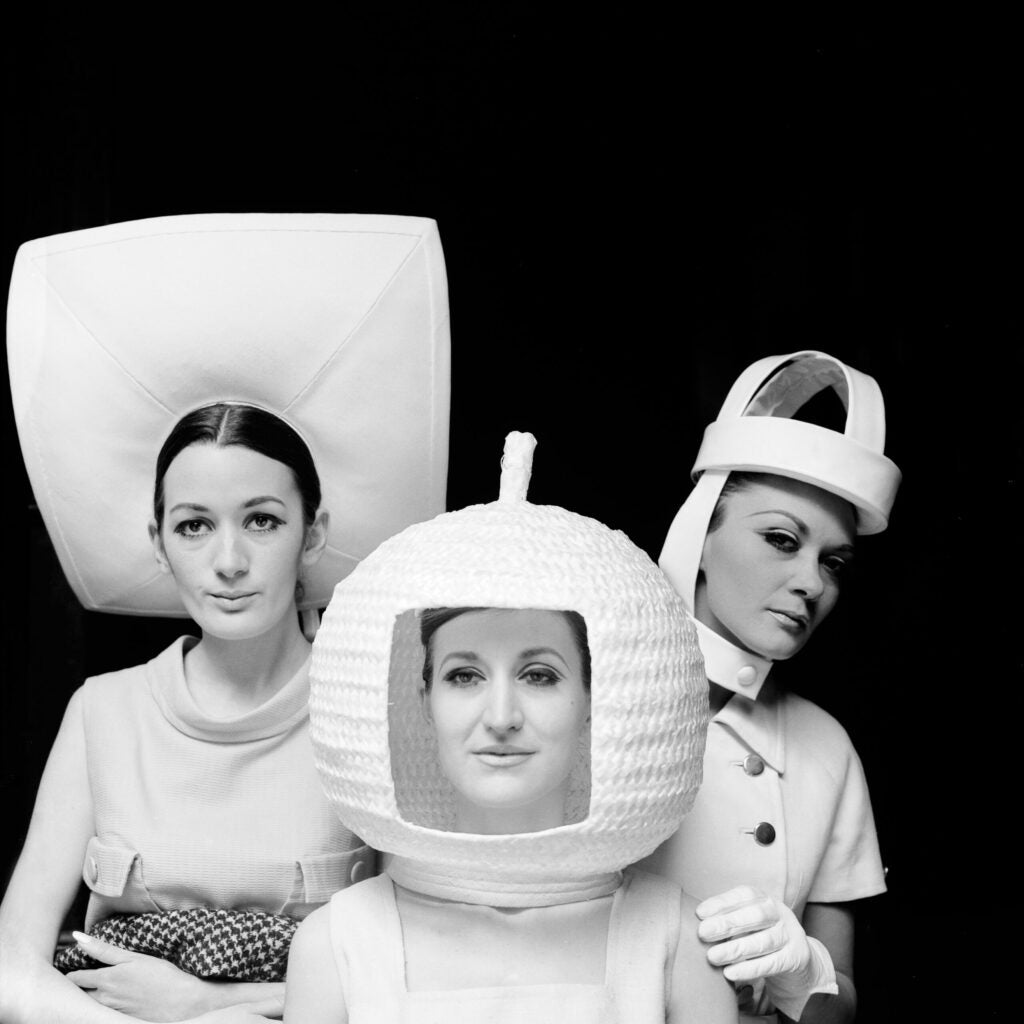 Juana Biarnés: Against the Current

Pioneering Spanish female photojournalist Juana Biarnés had a front-row press pass to document the sociopolitical changes of the 1960s, from happenings staged by the Beatles and Salvador Dalí to quirky fashion statements. Juana Biarnés: Against the Current reveals a trove of visual gems from a long-neglected photographer. Teatro Fernán Gómez through July 31. 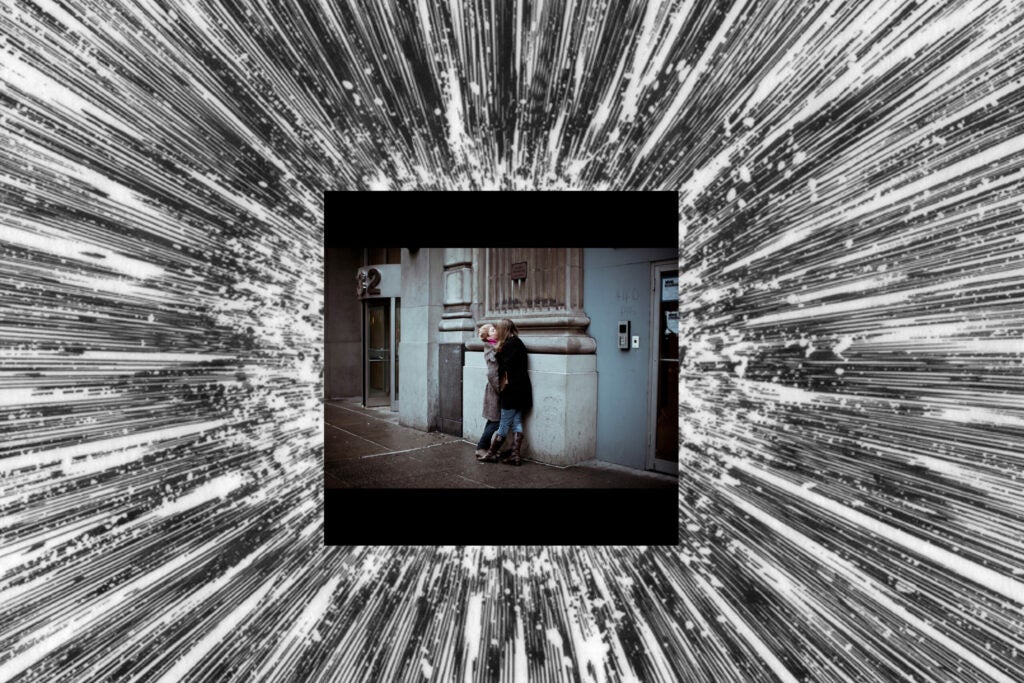 Recently documentary photographer Cristina de Middel took a break from her workaholic career to create a grand art-collage project that assimilates photographs and ephemera into dazzling wall-sized collages, now on display in Cristina de Middel: Muchismo. Above is a detail of a recurring visual motif. Teatro Fernán Gómez through July 31. 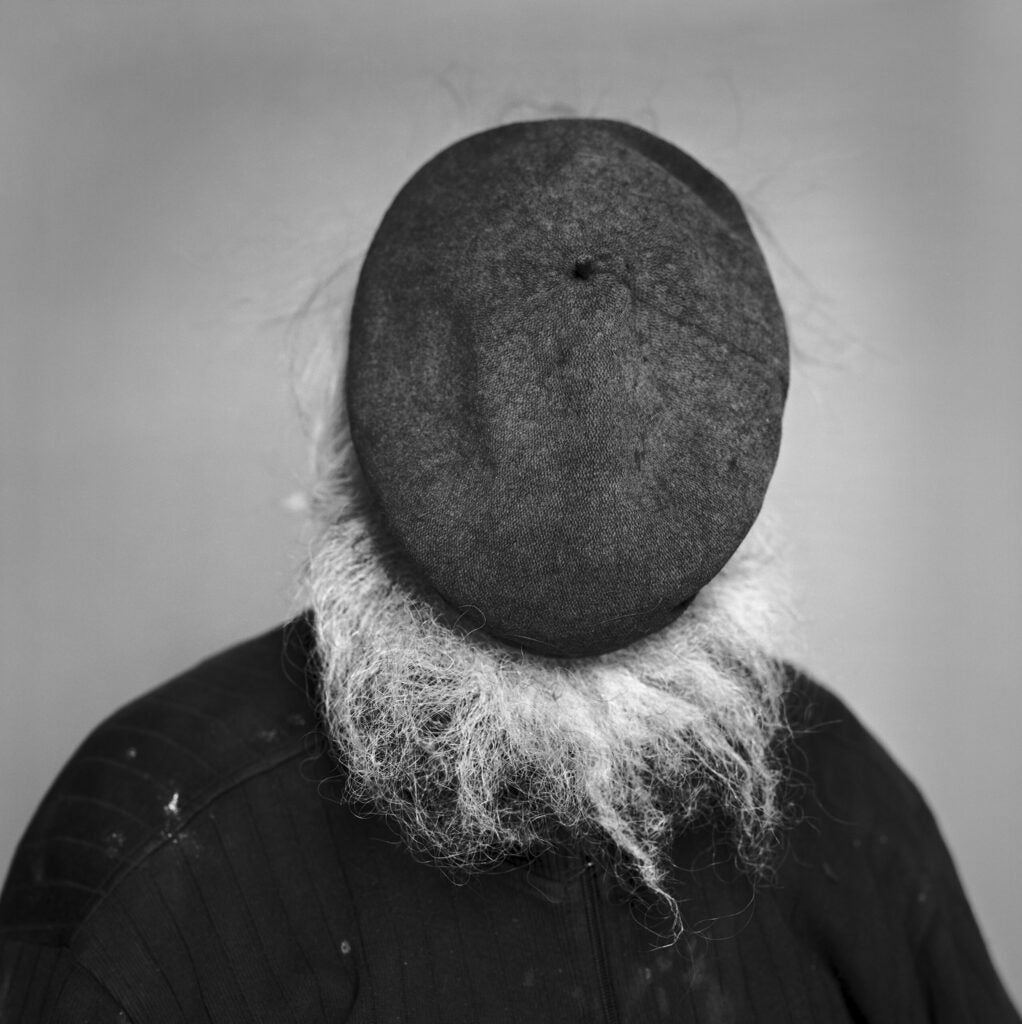 Faces: Portrait Photography in Europe since 1990

A wide-ranging group show, Faces: Portrait Photography in Europe since 1990, uses the destruction of the Berlin Wall as its starting point and traces portraiture by dozens of artists throughout the continent. Many images explore cultural cues outside the face—such as the teasing pose of Koos Bruekel’s “Gerard Petrus Fieret, 2005.” CentroCentro Cibeles through August 28. 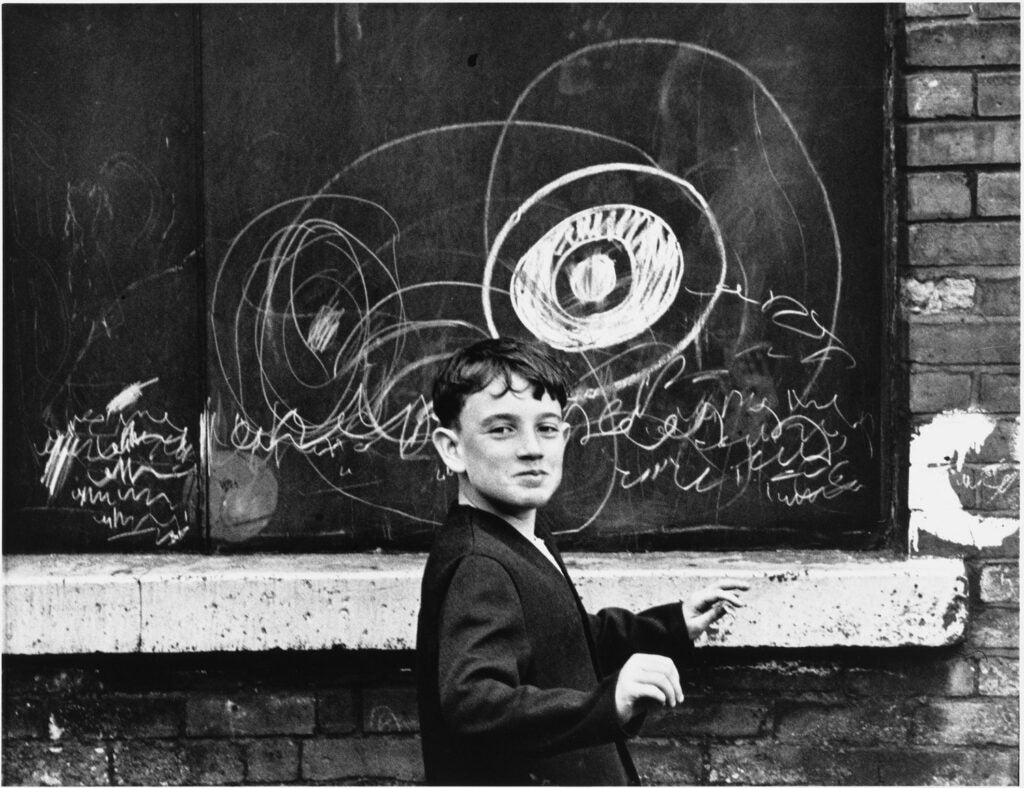 In the 1960s Shirley Baker steadfastly documented the plight of displaced families in the condemned slums of post-war Manchester, England, capturing the joie de vivre of young kids amidst the poverty and destruction all around them—as in this shot, “Salford, 1967.” The images in Shirley Baker: Women and Children; and Loitering Men were recently rediscovered and piqued art-world plaudits in a traveling exhibit. Museo Cerralbo through September 4. 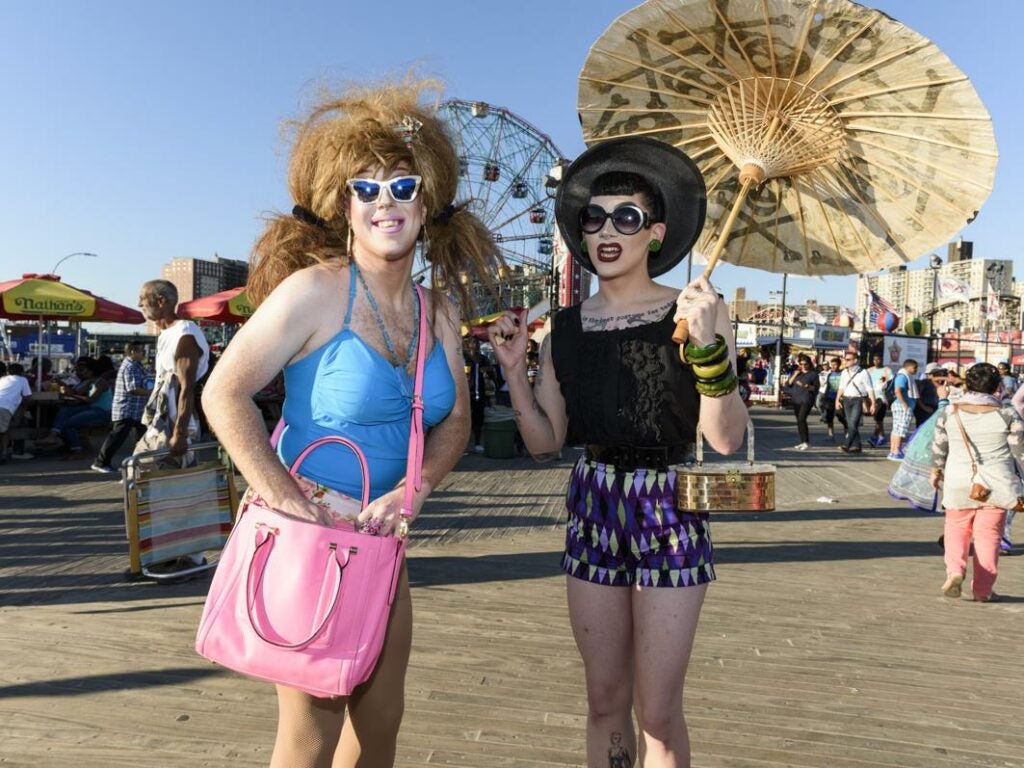 Backdropped by the boardwalks and amusement rides of Brooklyn’s oceanfront playground, Cano Erhardt: In Coney Island explores the spectacle of its people; Erhardt celebrates what he calls “that random quality of a generation of fictions,” as in this untitled shot. Luis Burgos through July 31. 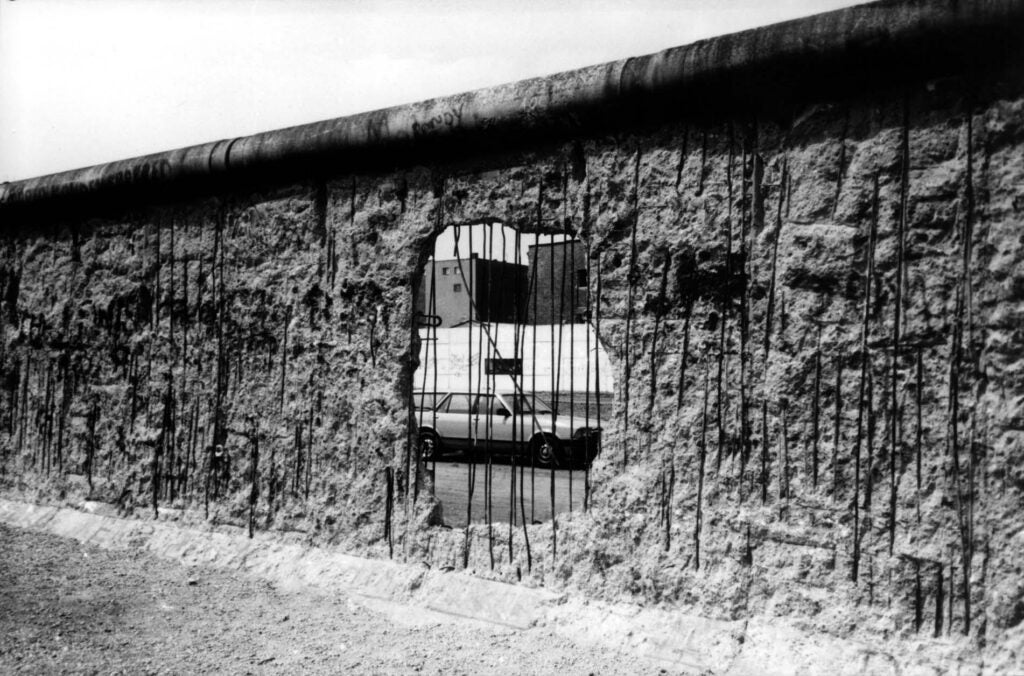 While staging an exhibit of his images in Berlin in 1990, Cuban photographer José A. Figueroa found himself a witness to history as the Berlin Wall came down. In José A. Figueroa: Und Jetzt? (What Now?), he documents the desolation on both sides of the barrier as well as scenes of the crumbling façade, seen here in “Berlin, June 1990.” Casa de América through July 31. 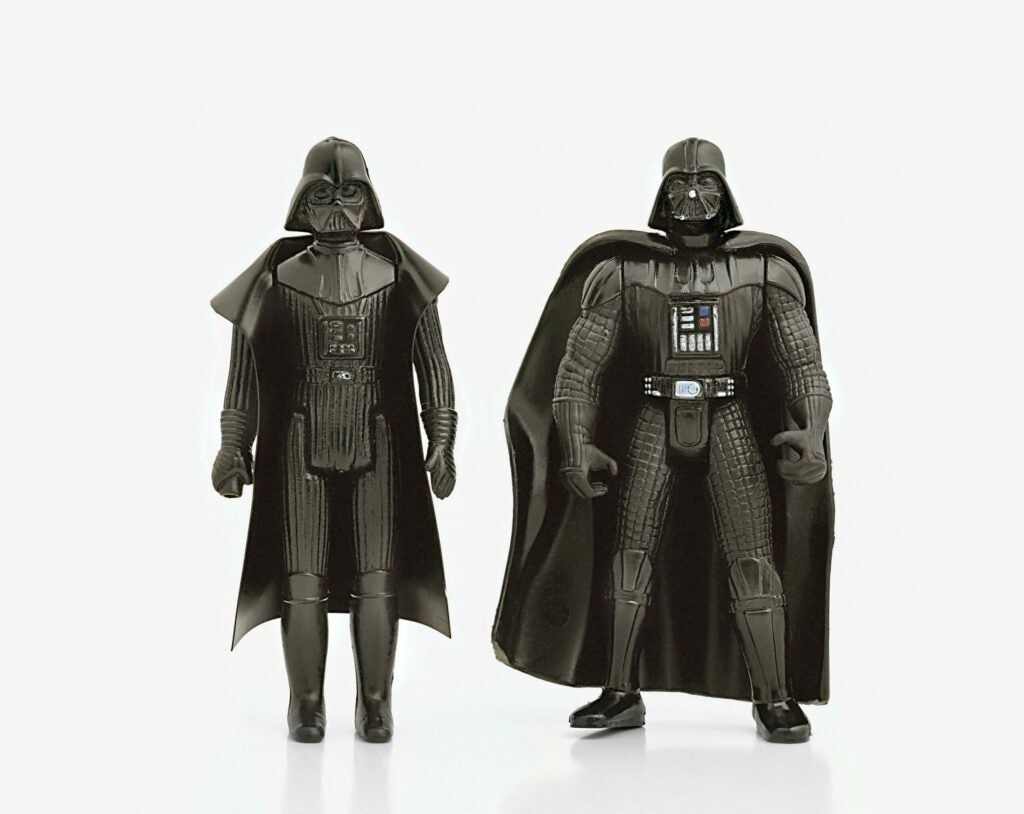 Art photographers Andrea Robbins and Max Becher have spanned the globe in photo series exploring cultural phenomena transferred from one place and time to another. The multiroom exhibit Robbins & Becher: Displacements ranges from replicas of European cities found in East Asia and Las Vegas to folkloric juxtapositions, such as this shot of a Star Wars Darth Vader doll circa 1977 next to a “steroid-enhanced” version in 2002. Museo ICO through September 11.

While American artist Joel-Peter Witkin is known for his blend of the macabre with the metaphysical, the 30-year survey Joel-Peter Witkin reveals more playful and political overtones, as in this 2006 image “The Raft of George W. Bush.” Michel Soskine Inc through July 30. 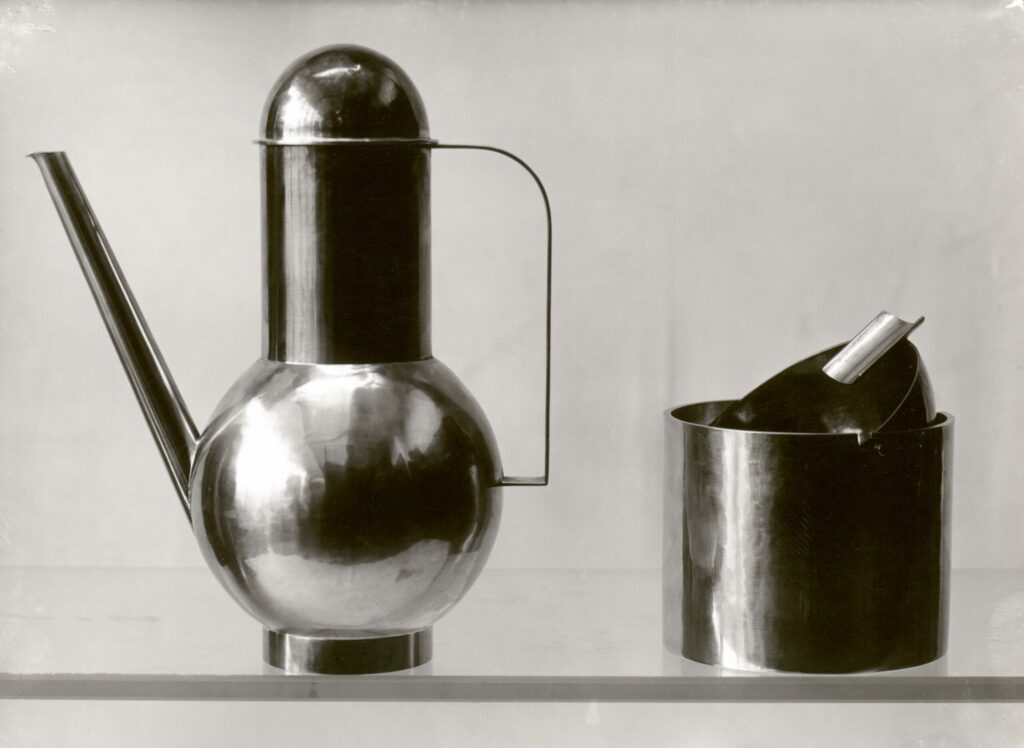 Often overshadowed by her one-time husband László Moholy-Nagy, Lucia Moholy pioneered art photography itself as a student at the Bauhaus. The exhibit Lucia Moholy: A Hundred Years Later alludes to the century passed since she took up the craft and showcases her classic work such as “Metal Workshop Bauhaus, 1924.” Loewe Gran Vía through August 28. 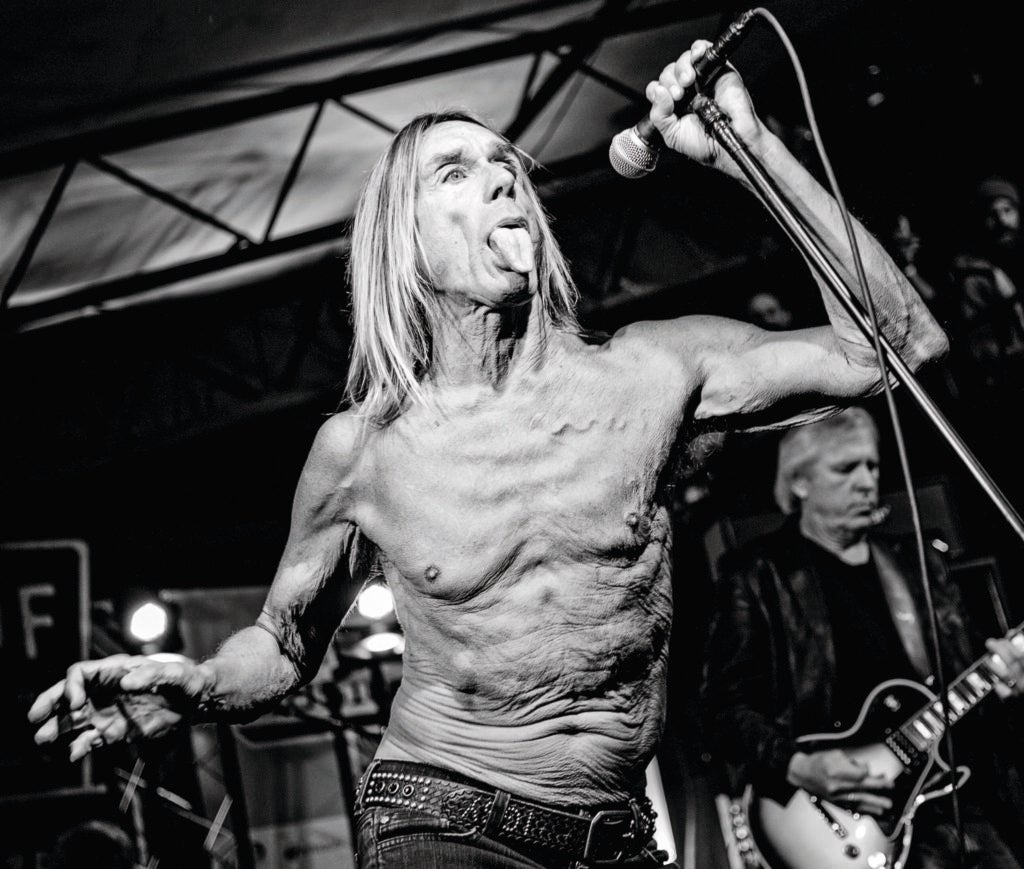 As part of PHE16’s “Off-Festival,” a Madrid-based lensman presents diverse music imagery in Juan Pérez-Fajardo: All Access, including portraits of performers ranging from Mick Jagger to Carlos Santana to this guy: “Iggy Pop, South By Southwest Festival, 2013.” La Fiambrera through July 30. 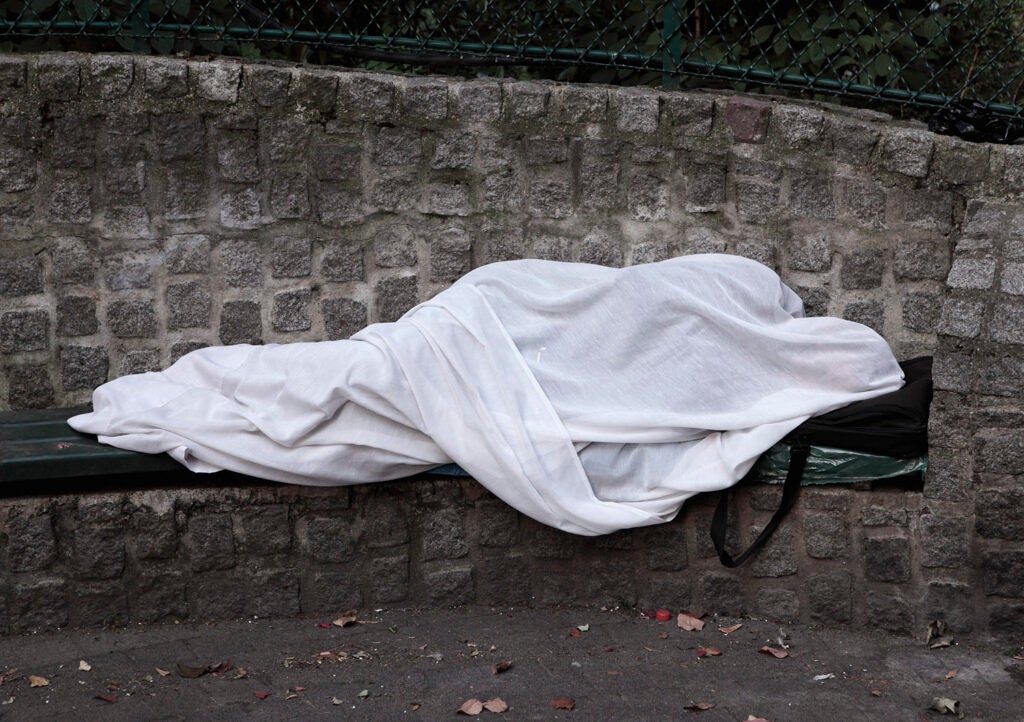 *To the gates of Paradise! Photographic essay on the migrant, the nomad, the exile, the refugee and the stateless…

Photojournalism meets art in a group exhibit about refugees and other displaced people: To the gates of Paradise! Photographic essay on the migrant, the nomad, the exile, the refugee and the stateless… Mathieu Pernot’s series “Les Migrants, 2009” portrays homeless citizens using blankets as makeshift shelters. Conde Duque through September 14. 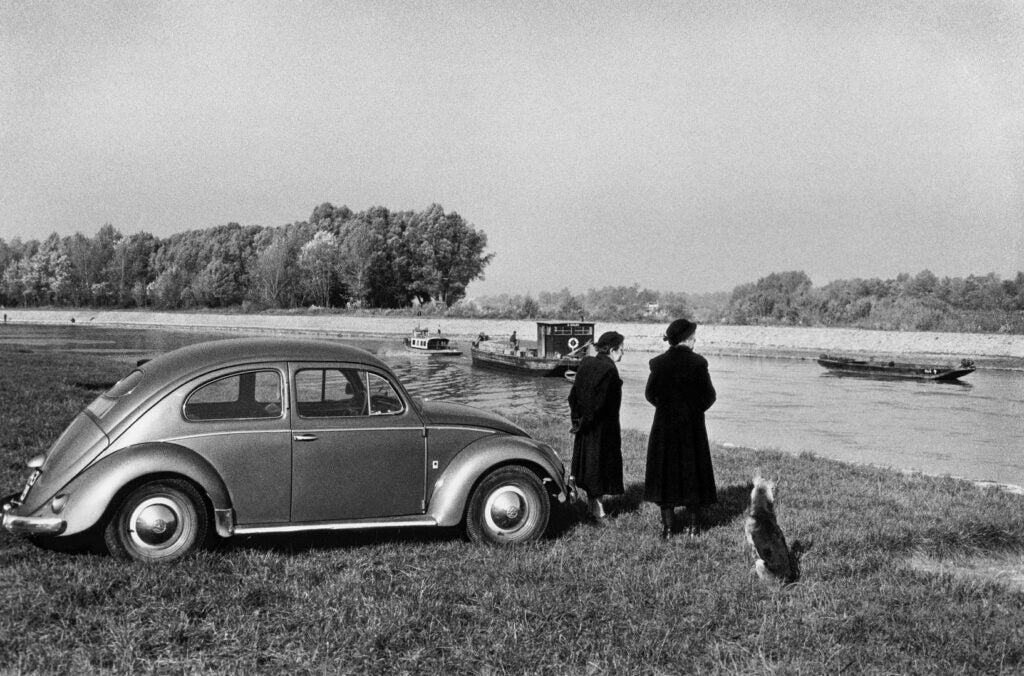 In the Footsteps of Inge Morath: Gazes on the Danube

The group show In the Footsteps of Inge Morath: Gazes on the Danube comprises two parts. The first features a set of the Magnum trailblazer’s images made along the River Danube over three decades, including “Cerca de Viena, 1958” with its modern intrusions. 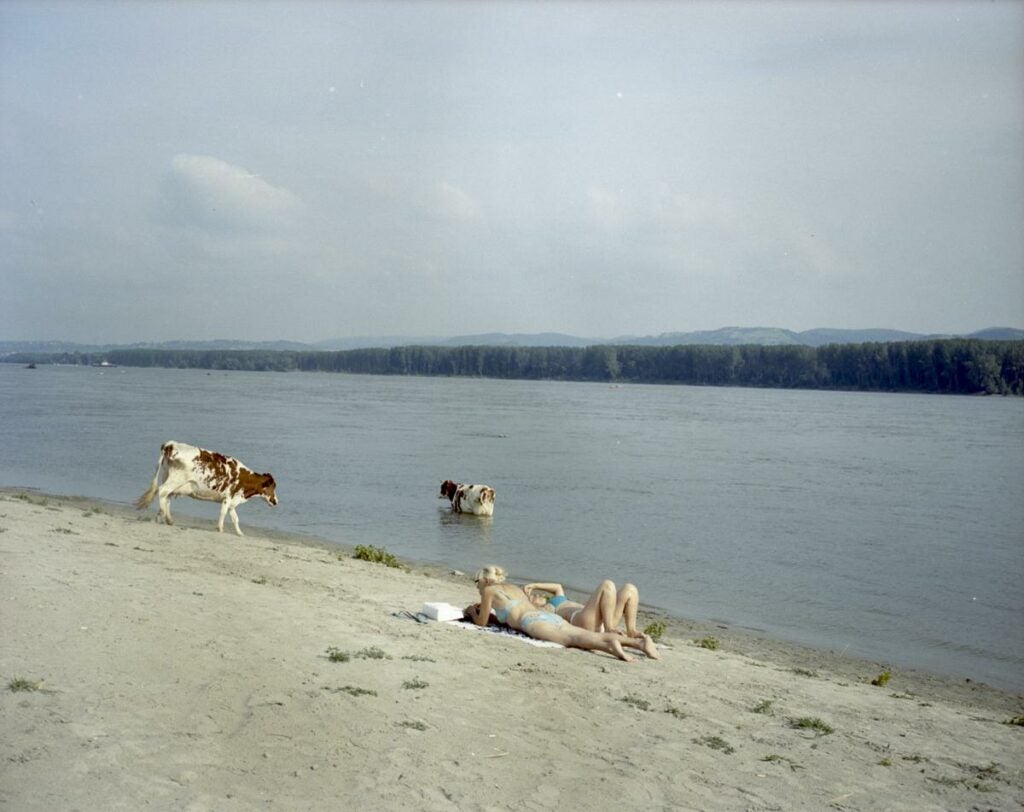 In the Footsteps of Inge Morath: Gazes on the Danube

The second part features a survey of work by eight women who trekked to the same region in 2014 and found odes to past modes, such as Lurdes R. Basolí’s “Danube III”. Espacio Fundación Telefónica through October 2.
American Photo
Documentary
Festivals
Fine Art
Photoespaña