Put a giant lens on a tiny camera 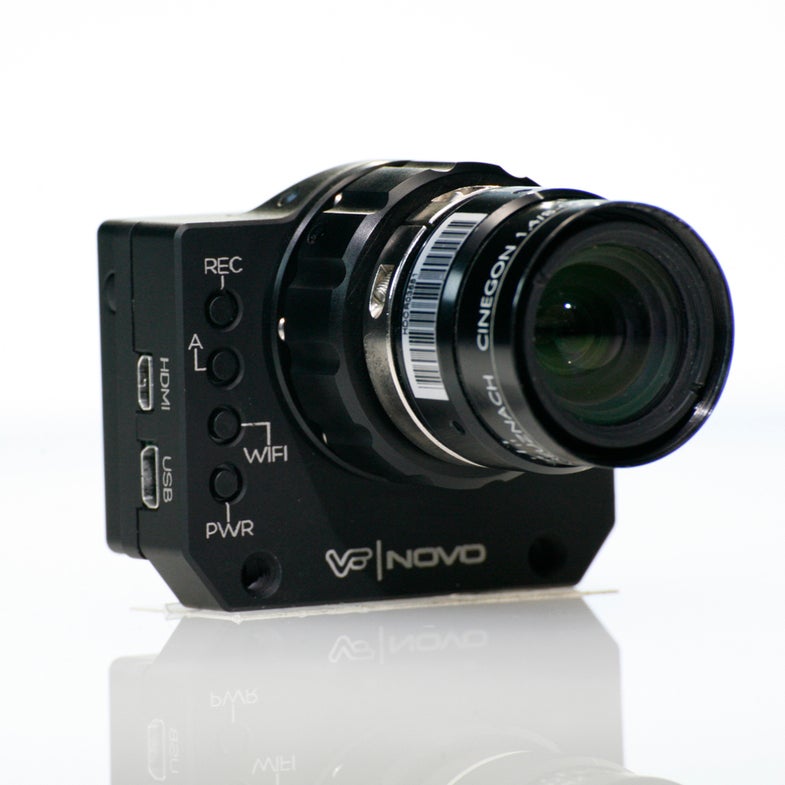 When you see footage from a GoPro camera, it’s often immediately apparent. The lens they use has a distinct distortion about it, something they actually maintain, even though they could technically “fix” it a bit. That’s what gives it that GoPro look. But, the Novo camera makes use of all those powerful GoPro Hero3 guts and puts them in a package that plays nice with interchangeable lenses.

The guts are literally pulled from a GoPro Hero 3 and put into a new case with a C-mount. it also allows you to turn off the auto-exposure and use the lens’s aperture control to tweak your shot.

It still works with almost all of the crucial GoPro accessories like the LCD back, and it’s actually even a little thinner than the original camera.

It’s a pretty nifty mod that’s only currently available for rent for the serious price of $295 per day or $885 per week. You could almost buy a Hero 3 Black edition for the price of the day rate, but if you’re renting this thing, you probably have a specific need for it.

While it’s definitely a cool concept, cinema lenses aren’t known for being small, so it’s not like you’ll be able to stick this thing on a helmet and ride around much easier than you could with a DSLR or similar. But, more camera in a smaller box will almost always lead to more interesting developments.