Inside Look: Canon’s Gear Room at the London 2012 Olympics 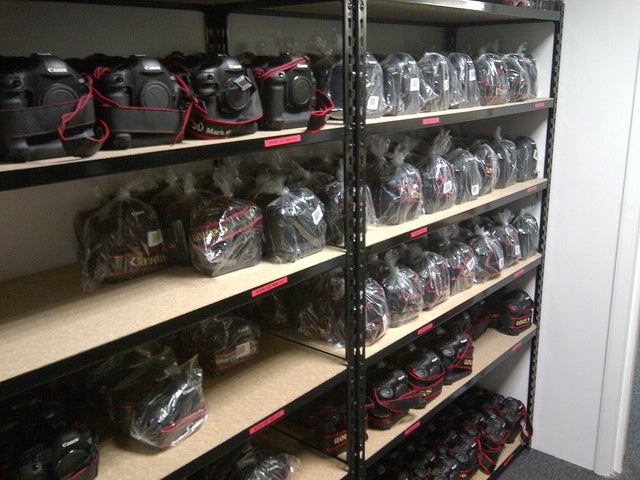 It takes a lot of gear to shoot the Olympics, but if you’re a member of the Canon Professional Services shooting the Games, then Canon really has you covered. These shots of the Canon gear room at the London 2012 Olympics come from Gerard McGovern who works with Getty Images (aka inkiboo on Flickr). He recently posted this incredible series of shots showing the racks upon racks of high-end Canon gear.

McGovern is senior events manager at Getty, and made these shots with his BlackBerry.

These actually aren’t the only images we’ve seen of the gear room. There’s also a terrific fisheye photo of it from Getty here, and a series of unsourced images here.

If anyone feels like doing some quick math to figure out just how much all the gear in these pictures is worth, we’d be pretty curious to hear the result. Better yet, don’t do that, I’m not sure our little hearts can take it.