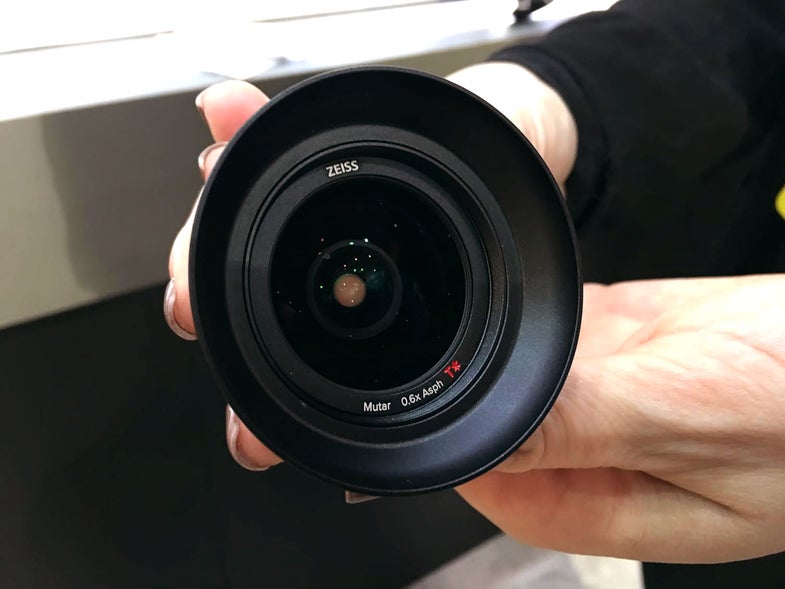 Zeiss optics have found their way into quite a few different scenarios from Sony smartphones to high-end cinema cameras and everywhere in between. Now, however, they’re teaming up with ExoLens to make a set of extremely high-end add-on lenses for smartphone cameras.

There will be three different models available, including a wide angle adapter, a macro adapter, and a telephoto adapter. The Wide angle lens makes the iPhone camera into a roughly 17mm equivalent lens, which is very roughly half of what you’re currently getting. The telephoto lens makes it about the same focal length as a 55mm full-frame lens, which was actually done intentionally to make it match the 55mm Zeiss Otus DSLR lens. The macro adapter actually have a slightly variable focal range depending on the setup.

The lenses actually use high-end glass elements, some of which are aspherical, which they claim to be a first in the space. The lenses attach to a machined aluminum rigging that goes on the smartphone via a screw mount.

I got a chance to mess with some of the lenses here on the CES show floor and they do appear to be of extremely high quality. Even the wide angle lens doesn’t get soft around the edges like typical wide angle adapters tend to do.

The lenses are pretty big, though, on par with a lens you’d expect to find on a camera like the Pentax Q. The phone would definitely not fit in your pocket with any of the lenses attached.

The Zeiss lenses will be released by the end of Q2 2016 here int he states and they’ll come with appropriately Zeiss-like pricing. The macro and the wide angle will be sold as a kit for $300, while the telephoto lens will be sold on its own for $199. Sure, they’re pricy, but this seems to be the very high-end of the smartphone accessory lens market.

I’m looking forward to giving them a try once they’re in production to see if having lens options makes the smartphone experience better, or if it bites into the simplicity of the process that’s so enjoyable.