Watch This: Ansel Adams Describes His Process For His Iconic “Moon Over Hernandez” Photo 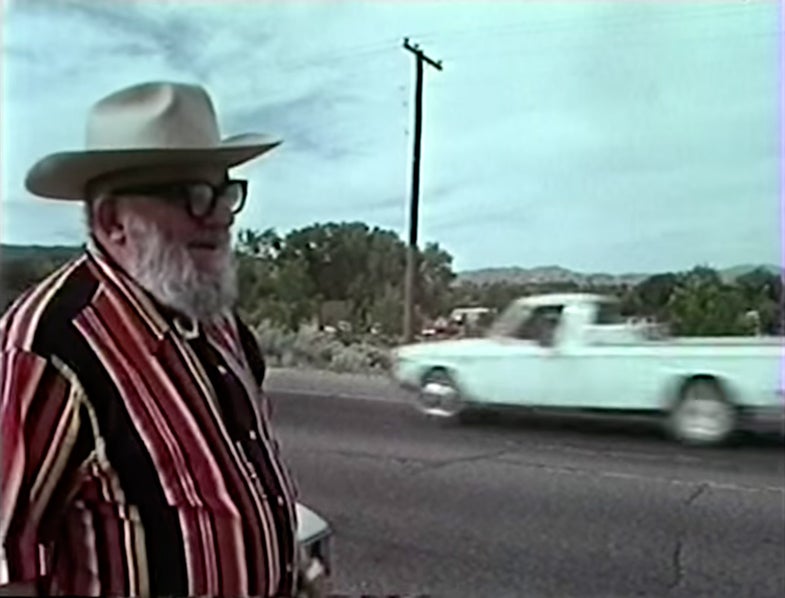 “Moon Over Hernandez” is one of the most iconic images ever captured by Ansel Adams and for many photographers, the story behind it is just as legendary. In this video, we actually get to see Ansel describing the scene from when the image was captured.

As the story goes, Adams was driving along when he saw the scene play out in front of him. He hopped out of the car and got things set up as quickly as he could (view cameras and quick set ups are often not very compatible). He couldn’t find his light meter and didn’t want to lose the light, so he used the known luminance of the moon and did the rest in his head. The negative came out looking a bit flat and then Adams worked his dark room magic to make this one of the most recognizable pictures of the American landscape ever taken.

It’s a story I have heard several times, but hearing Adams go back and tell it himself in that excellent shirt is a great and tremendously inspiring way to start the week.