Use a hard light for a dramatic portrait

Sometimes a hard light makes for a fresh take. 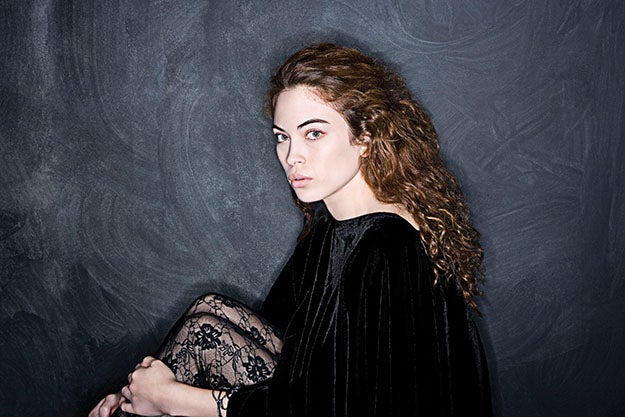 Portrait photographers live and die by their ability to produce a soft light. Whether created using a softbox, diffuser, umbrella, or window, soft is by far the most common flavor of studio lighting. But it doesn’t have to be. Says Felix Sanchez, a Houston-based portrait and food specialist, “Sometimes, I like the intensity of hard light for a [portrait] subject. In those cases, I’ll bring out my ring light. It produces great definition in skin and a unique, edgy look that helps my work stand out. I enjoy the creative play.”

Ring lights are either strobe or LED sources that fit around a lens (though they don’t have to be used that way), cast a very even light, and come in two sizes. Larger versions—up to a foot across—are suitable for head-and-shoulder or half-length portraits like Sanchez’s photo of model Lindsay Phenix, a personal project, shown here. Smaller versions encircle macro lenses and are used for close-up photography of jewelry, fashion accessories, small products, and, believe it or not, teeth. (Ring lights were invented for dentists.)

In addition to the hard, high-contrast quality of their illumination, ring lights, when used on-axis (i.e., around the lens), cast no shadow onto your subject. The classic example is a portrait subject wearing heavy-rimmed glasses. When lit conventionally, the rims often cast shadows, usually around the eyes or dropping down toward the cheekbones. With a ring light, because the light strikes the glasses from all angles—above, below, and from both sides—the rims are completely shadowless.

Ring lights do, however, cast a shadow behind your subject, visible when he or she poses near a wall or sheet of seamless. “I like the shadow that the ring light cast around Phenix here,” Sanchez says. “Like a halo or aura, it completely surrounds her in a way that adds something otherworldly to the look.” Had he shot against a light-colored background, the halo effect would have been even more intense.

Ring lights have the often-prized ability to create circular catch lights in a portrait subject’s eyes. They also tend, as is evident here, to flatten the perspective in a scene.

Placing a ring light off-axis (not around a lens) will let you use it as a relatively shadow-free fill light. “But I prefer shooting through the ring light versus placing it on a light stand, off-camera,” says Sanchez. “I also occasionally combine it with other lights, using it either as a main or a fill light, depending on the look I’m after. It’s a great light to use on a variety of subjects, and I’ve had success with athletes, models, CEOs, and artists.”

Generally, because of the intensely contrasty quality of ring lighting, it’s best used on portrait subjects who have flawless complexions. Unless, or course, you want to exaggerate or emphasize wrinkles, or you’re willing to spend many hours of arduous retouching.

Profoto ProRing 2 plus flash head: This ring light is com­­­­­patible with Profoto’s Pro and D4 packs, offers optional reflectors, is fan-cooled, and has a bright 200W modeling light, $2,794, street

Pocketwizard plus III flash trigger: This transceiver delivers a long operating range (to 1640 feet), 32 channels, 4 zones, and flash bursts up to 14.5 fps. $149, street