A tribute to gaffer tape in honor of its late creator, Ross Lowell

Lowell passed away at 92, but his inventions will live on. 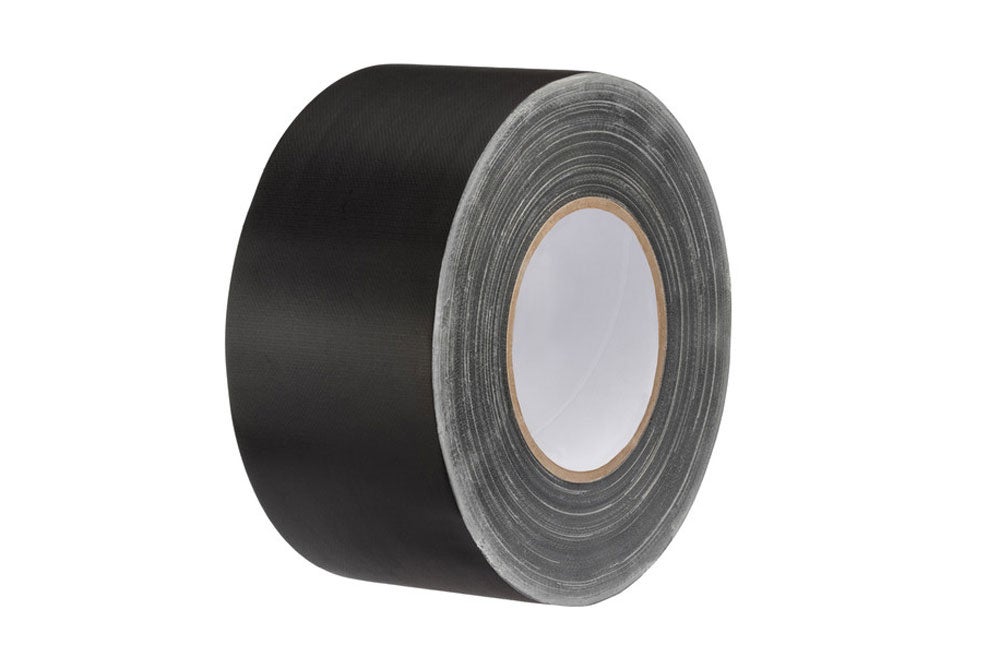 This unassuming roll of tape has a million uses. B&H
SHARE

Last week Ross Lowell died at the age of 92. He will be remembered for a wide variety of accomplishments in the movie and photography industry, including his Oscar-winning lighting design. He was also an inventor and founded the Lowel-Light company, which, among other things, created the Tota compact lighting system on which many photographers and cinematographers (including myself) learned to light a scene.

Perhaps his most notable achievement, however, is the invention of gaffer tape. If you’re a photographer, videographer, musician, actor, or pretty much any other role involved in creative productions, you’ve almost certainly come in contact with gaffer tape.

Named after the chief electrician on a movie or TV set, gaffer tape shares its lineage with the more common duct tape. Lowell introduced gaffer tape in 1959. He used the adhesive from a Johnson & Johnson tape called Permacel, and backed it with a fabric material instead of plastic like duct tape. As a result, it’s easy to rip to the correct length, resistant to heat (which is important when working with studio lights), and flexible enough to wrap tightly around cords or pretty much anything else.

Another important functional difference between gaffer and duct tape is that the former doesn’t have a bad habit of leaving sticky residue on a surface after removal. That’s important when you’re attaching it to the floor of a stage or a $50,000 cinema camera.

Gaffer tape is still widely used and available, only now it comes in a variety of colors, including white, black, grey, and even neon colors for making easy-to-see marks.

Many of us here at Pop Photo and PopSci have a special affinity for gaffer tape, having used it for a wide variety of reasons. Here are some individual testimonials regarding this tacky innovation.

Stan Horaczek (me): I’ve used gaffer tape for all kinds of legitimate reasons, like sticking a GoPro to the inside of Justin Borucki’s mobile darkroom to help shoot this video about his wet plate street photography. But, it really showed its worth when I tore my pants wide open in the middle of an all-day shoot and gaffer tape fixed them enough for me to get what I needed. Also, here’s a pro tip: Use this tape to cover up the logos on your cameras if you want to look like a super cool pro photographer.

Jeanette D. Moses: There are little strips of gaff tape all over my apartment. Over the years I’ve used it to build pinhole cameras, tape together toy cameras in the process of breaking, tape up logos, and hang backdrops. I always try to have a mini roll in my gear bag because you just never know when it will come in handy. Hands down though, the time this tape literally saved the day for me was after a dumb kitchen accident involving an avocado and a paring knife. After slicing open the webbing of my hand while trying to make breakfast I realized I was fresh out of bandages or gauze. Luckily I had gaff tape and paper towels.

Although I wouldn’t recommend it as a long term solution for sealing up wounds, the gaff tape kept the paper towels tight enough to keep my hand from bleeding all over the street on my way to the drugstore to buy actual first aid supplies and from leaking all over the back of the car that I eventually had to take to an urgent care clinic to get stitched back up.

Rachel Feltman: Most of my experience with gaffer tape is for actually gaffing—as in, like, taping equipment and stuff on stage or set. As a young thespian, I surely would have missed many a mark if not for a great multitude of spikes, otherwise known as lil gaff tape x’s, strewn about the stage and glowing softly in the dark. For this, I am eternally grateful. Also, did you know Kim Kardashian uses gaffer tape to make her boobs stay in the right place when she wears low-cut gowns? Yeah, they make special boob tape, probably, but you need something like gaffer tape to execute a Kardashian-grade tape bra, which is a feat of engineering. Inspiring!

Billy Cadden: There wasn’t a drum I didn’t place a piece of tape on during recording sessions. Taped down everything from metro cards to gauze. A hero that’ll stick with us for a lifetime.

Eleanor Cummins: I first learned the term “gaffer’s tape” when I was in college, but looking back, I see it was with me all my life: at the department store photography studio where my parents took me as a toddler to smile against a backdrop of painted clouds and on the floor of our school gymnasium, filling in the parts of the half-court line our light-up sneakers rubbed away.

Thank you Ross Lowell and thank you gaffer tape.