You already know about the beautiful beaches, but there's a lot more to shoot 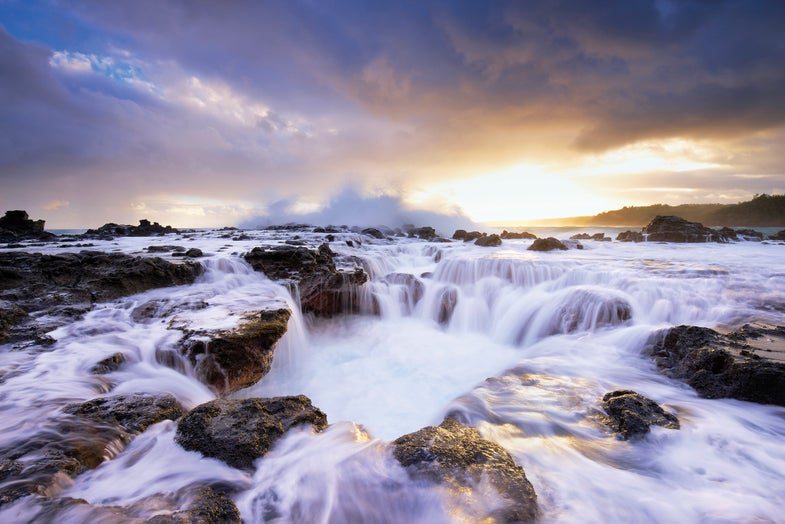 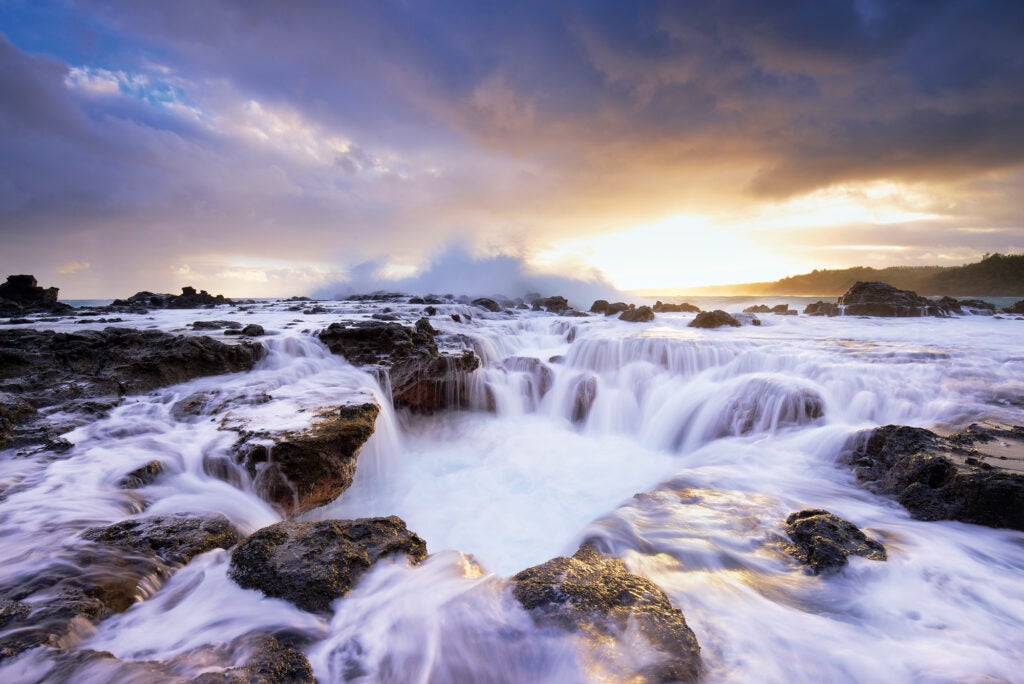 *Imagine visiting a place where you could photograph untouched snow-capped mountains and only a few hours later capture a sunset over a black sandy shore with a sea turtle as your photo assistant.

Sure, Hawaii is known for its sunny beaches, tropical breezes, and relaxed vibe. But its unusual microclimates allow you access to some of nature’s best beauties. The crystal blue waters are home to fascinating underwater subjects, chirping native birds live in the forests, active volcanoes spew out glowing molten earth, and, if you’re lucky, you can watch the red-hot lava pour directly into the ocean for an unparalleled sight.

We spoke with four photographers who are experts on the islands to learn what makes Hawaii’s diverse environments so intriguing. They shared their tips for uncovering gems in one of the world’s most photographed places. * 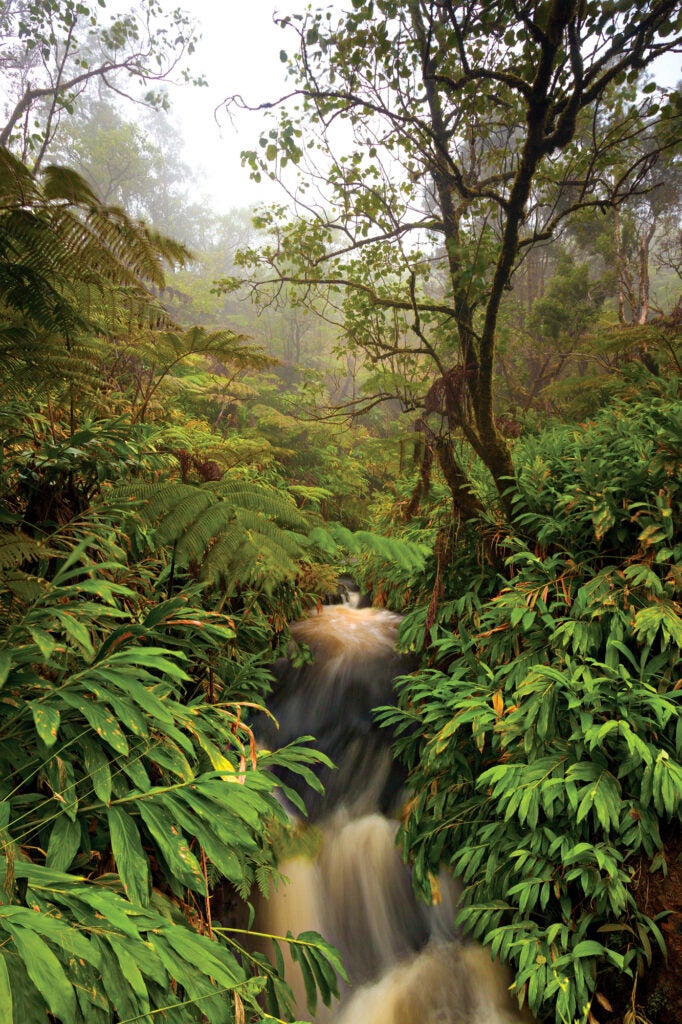 The main airport in Hawaii is Honolulu on Oahu, but there are direct flights to the Big Island, Maui, and Kauai as well. All four photographers agreed that the Big Island is the best place for photographing Hawaii’s varied microclimates; Kory Lidstrom counts it as his personal favorite. “You’ve got snow-capped mountains, lava, rain forests, and desert areas all in one place,” says Lidstrom. In particular, he encourages photographers to explore the Puna region of the island, which he deems “the Wild West of Hawaii.” The region is the least populated, and, he adds, “it’s undiscovered.”

The photographers recommend flying to Kona on the Big Island and then heading over to the Hilo side, which is rainier and offers more ready access to volcanoes, waterfalls, and rainforests. “Staying in the same hotel the whole time is easiest,” says Lidstrom. “Since it’s an island, you’re never more than a few hours from anywhere.” Jon Cornforth advises taking a weeklong trip, focusing on one island, and renting a car to hit all the sites. “You really need to rent a 4×4,” says Lidstrom. “Some of the best locations are only reachable by 4×4.” 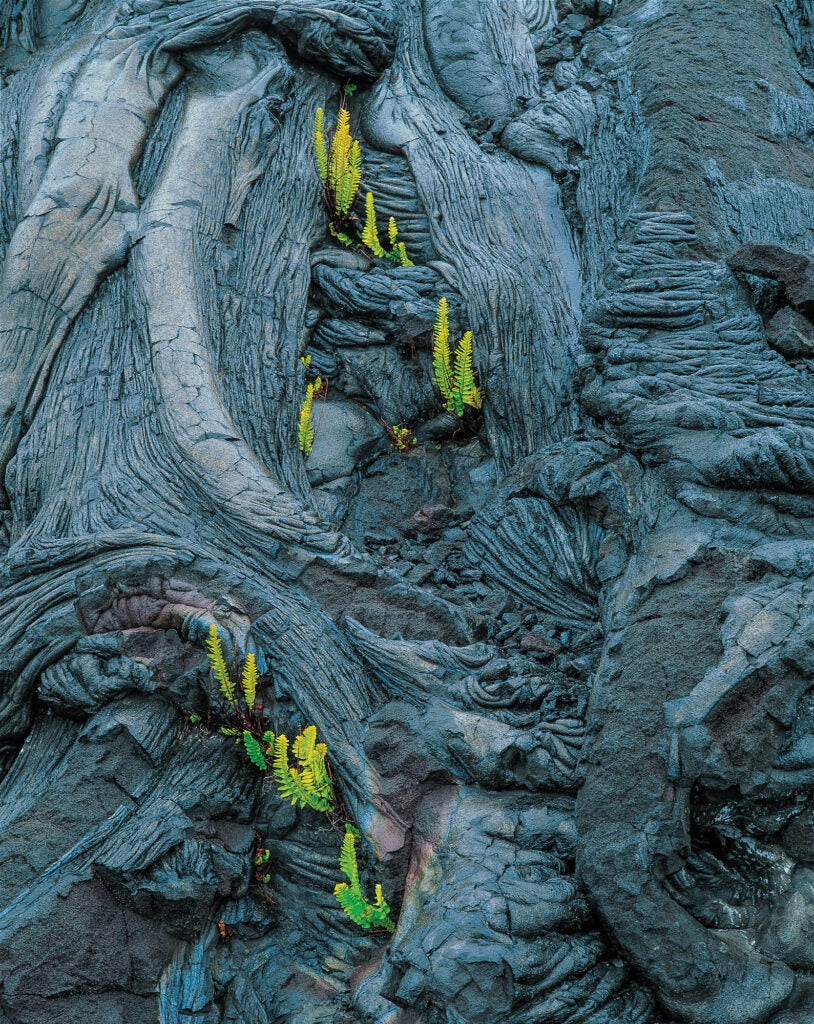 Lookout points abound on the islands, but getting off the beaten path is one way to photograph images that are unique. “If you have your camera with you all of the time and go along the little side trails or spend the day on the beach wandering, it’s incredible what you can get,” says Varina Patel. Cornforth, who recently made Kauai his home, pokes around on Google Earth for potential shoot locations, and admits that perusing postcards at the grocery store will give him ideas of places he should check out. Lidstrom adds, “For landscape photography, scouting is always crucial. Some of my mentors have said that for every hour you spend shooting, you should spend four or five hours scouting.”

When venturing out to shoot hot lava, Lidstrom recommends taking a boat tour. “A boat is actually the safest way to shoot it. Nothing is going to happen to you.” Guidebooks and researching locales online are some ways to find the right spots, but when Lidstrom wants the inside scoop, he asks the locals. 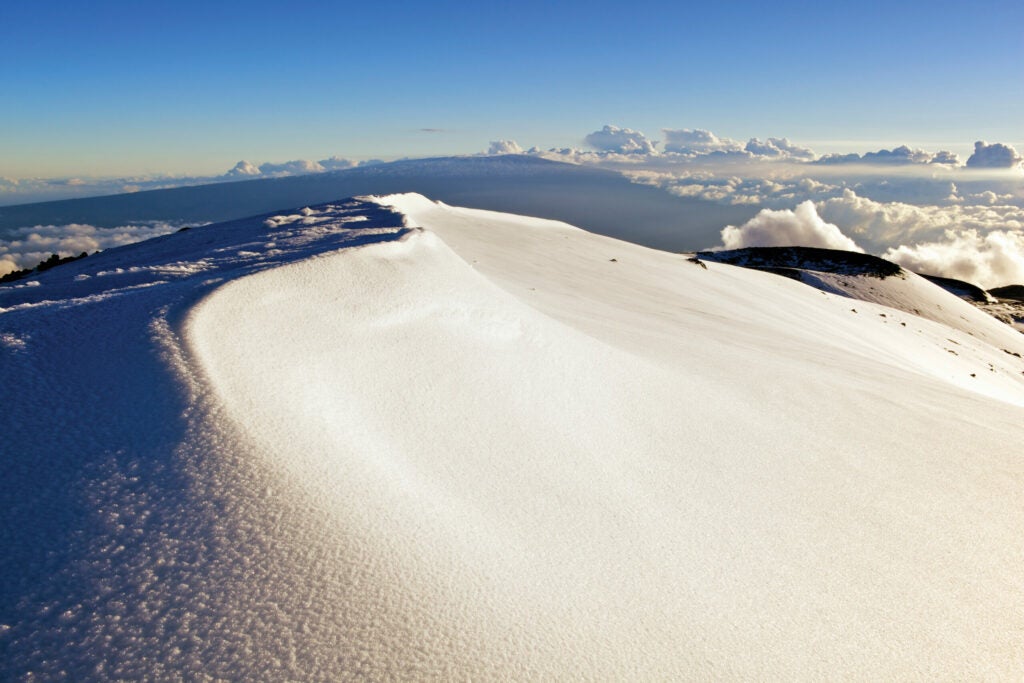 With such varied terrain, you want to bring the best equipment you can while still packing sparingly. That means light-as-possible tripods, an array of filters, zoom lenses, and durable bags.

Lidstrom likes zoom lenses for their versatility. He shot Kalapana on the Big Island using his image-stabilized 70–200mm f/2.8 lens. “I was at the widest aperture you can get, f/2.8. A lot of experts on lava will say not to bring a fast lens, but when you’re shooting on a boat, you need to keep that shutter speed up,” Lidstrom explains. 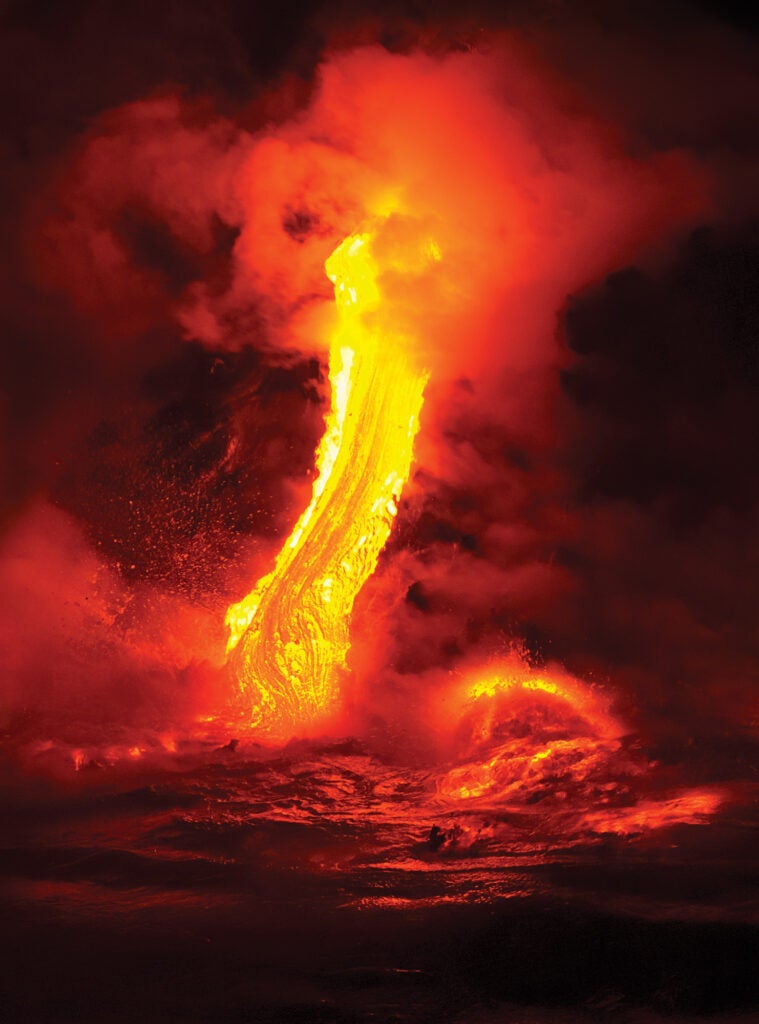 For his waterfall image (found at the top of this article), Lidstrom opted for his Canon 16–35mm f/2.8L because he wanted a classic wide-angle landscape shot. Lidstrom waited until the mist in the background was in the right position before he pressed the shutter. “In landscape photography, you’re always trying to create depth out of a two-dimensional medium,” says the photographer.

Varina Patel, who captured the bluff and wave photos in this article, advises using graduated neutral-density filters. For the Steaming Bluff image, Patel used one to reduce the amount of light coming in through the upper half of the frame without affecting the lower half. She also used a graduated filter for the wave on Cape Kumukahi to balance the bright sky with the turquoise ocean.

Lidstrom recommends carrying standard neutral-density filters, too, especially when shooting moving water like waves or streams in bright light. “It allows you to increase your shutter speed to capture the level of texture in the water that you prefer,” he says.

And a polarizing filter is a must. Lidstrom adds, “Polarizers are incredibly useful for making jungle greens look lush and they take the glare off of the water, which one is constantly shooting in Hawaii.” 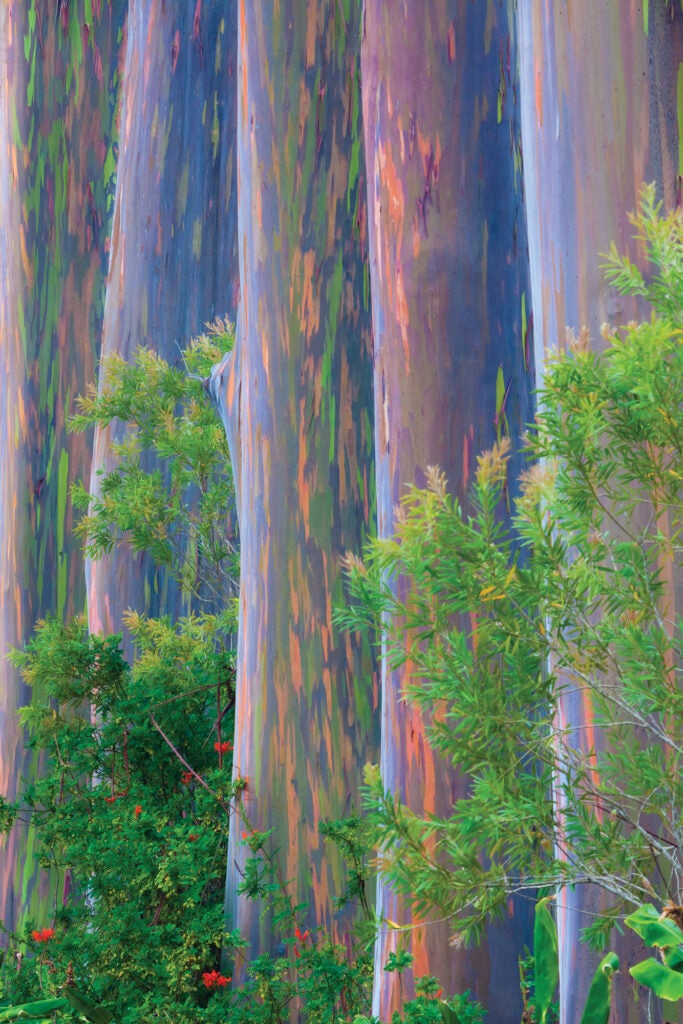 For toting equipment, Conforth uses an rugged camera backpack, a waterproof duffel bag, and he packs a small umbrella and paper towels, too. “These are all essentials in wet conditions, and it can be very wet in Hawaii,” he says.

The untouched snow Cornforth captured at the summit of Mauna Kea (above) was an image 10 years in the making. He waited for a storm to dump a ton of snow on the summit and then ventured out. The radical elevation change—going from sea level to 13,500 feet—isn’t for the faint of heart. It took Cornforth 30 minutes to walk a few hundred yards. “I could only take five or ten steps in the soft snow before I was out of breath,” her recalls. He hiked to a section of snow where nobody else had stepped, looked around for the kind of composition he wanted—clean and simple with no distracting elements—and shot it with his Canon EOS 5D Mark II, a Zeiss 28mm lens, and a Singh-Ray LB Warming Polarizer.

Near Cornforth’s Kauai home, there’s a sinkhole that fills with incoming waves. Sometimes it can be a dangerous spot, particularly during the winter, because of wave heights, and other times of the year, the area has no waves at all. “Look at the weather and surf forecast. If there’s going to be 30-foot waves crashing, do not go there. If you’re contemplating going, ask some locals what they think. I’ve set the gold standard for myself that if I don’t see local people in the area, it’s probably not safe for anybody.” 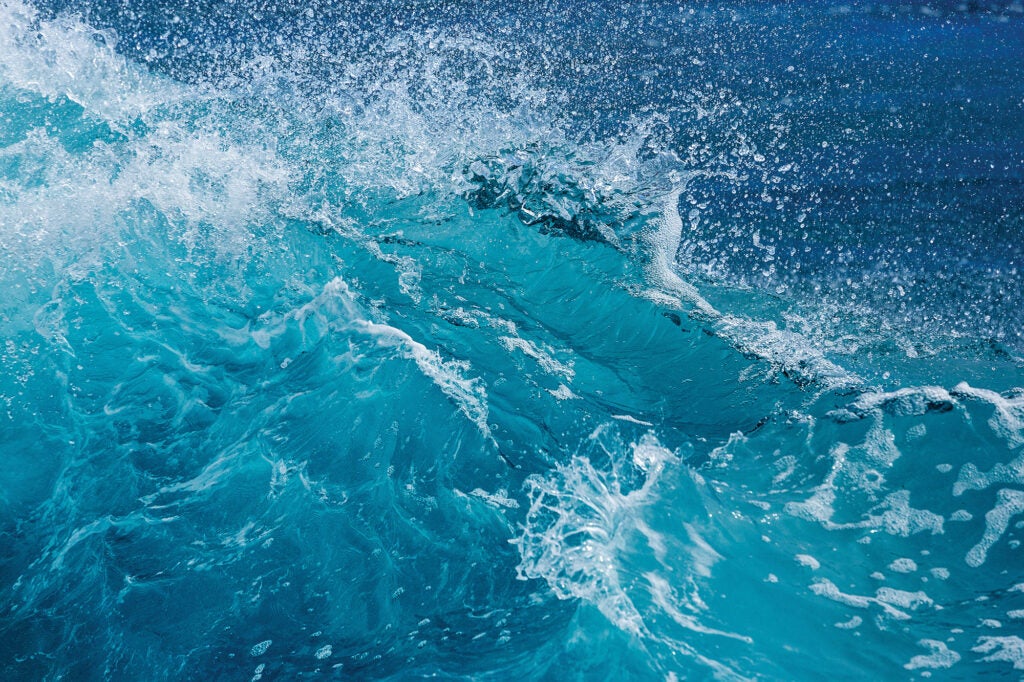 Chatting with native Hawaiians can lead to wonderful, hidden areas otherwise unknown to tourists. Lidstrom’s image of Monet-esque rainbow eucalyptus trees came about after a local saw him setting up his tripod. “He mentioned to me that there is a cool spot where there are a whole bunch of these trees right in a row.” For the photo, Lidstrom used his Canon EOS 5D Mark II and a telephoto lens (70–200mm f/2.8L Canon EF IS lens) to compress the depth of field. He used an f/22 aperture to make sure all of the trees were in focus. He shot it at 25 seconds with a tripod.

Hawaii offers a huge variety of terrains to explore, from rocky beaches to rainforests. While you might not be able to capture every single thing on your bucket list, with the right equipment and a sense of adventure you can surprise yourself with the number of different images you can get. Just keep an open mind, and take the roads less traveled.