Amazing footage from a fantastic voyage 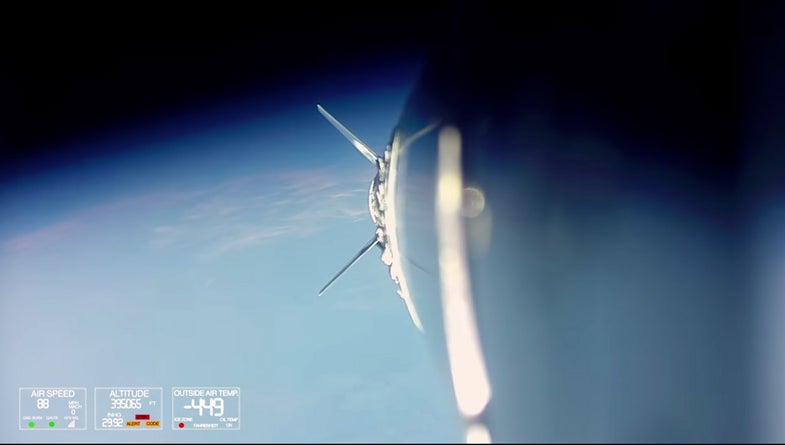 By now, it seems like people have put GoPro cameras just about everywhere they’re able, but somehow we still see very cool new action camera footage all the time. The most recent viral clip comes courtesy of a NASA program called Flight Opportunities who literally shot theirs to space on a rocket.

The video cuts together several clips from various cameras strapped to a 20-foot rocket. It’s then launched into space, creating a mesmerizing, if a little disorienting, video. The ride finishes about 75 miles above the ground.

Oddly enough, this isn’t the first time I’ve seen a video like this. In fact, there’s a semi-famous video with similar content that’s frequently used to “prove” that the earth is flat and that it exists under a giant dome (Seriously).

So, give it a watch and be amazed at what camera technology can do these days. But, if you just ate lunch, maybe give it an hour and then watch.