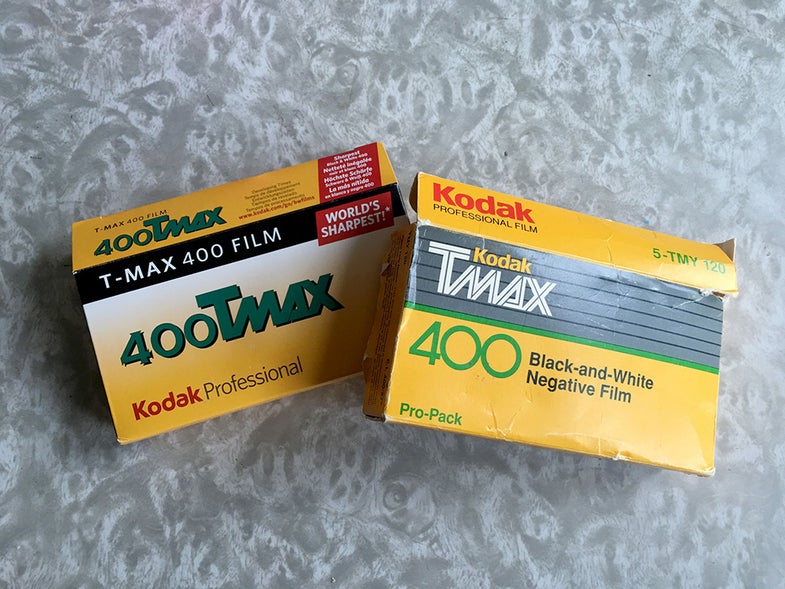 I recently bought a rather beautiful Mamiya 645 medium format film camera on eBay. I paid roughly $100 with shipping, and for the condition it’s in, that was a total steal. The auction only listed the camera with the lens, but when the box arrived, it had a plastic baggie full of accessories to go with it. In that baggie was a five pack of Kodak T-Max 400 film. Buying one new costs roughly $25, so it was a nice little bonus. Then, I looked at the bottom of the box and saw this:

So, my free package of film had expired some time right in the middle of The Fresh Prince of Bel-Air’s original run. I’ve shot expired film before, but never decades expired, but I thought it would be fun to give it a try. I was very pleasantly surprised with the results. As a note, I developed another roll of modern T-Max 400 right along with the old one as a control to see how the two reacted differently during the developing process.

I shot the film as I would any roll of modern T-Max 400. There are ways to treat older film to help maximize results, but I was genuinely curious about how it would perform under normal conditions. Once the roll was exposed, I hand-developed it at home using my regular (and fairly fresh) chemicals.

One thing I noticed when the film came out is that it didn’t seem to want to fix all the way. I gave it the full 10 minutes of fixing and it still came out with that “you screwed up the fixing process” pink hue to them. The roll was also extremely sticky, so there’s more junk stuck to the negatives than I’m used to.

At this point, I’d like to give a heartfelt apology to all of the more experienced and hard core black-and-white film shooters and developers out there. I know, my developing skills are, um, not the best. But, you already know how awesome expired film is, and frankly, I think more people need to know about it.

I have four more rolls of the crusty old T-Max to go and I actually can’t wait to shoot them. I’m going to shoot some portraits and let the grain do its thing. I’m also going to use a brand new fixer solution to see if that helps it along to the finish line.

How old is the oldest roll of film you have ever shot?