This Classic Camera Looks Like A Rifle And Is Worth More Than $200,000

There are some other true gems in this WestLicht Leica auction. 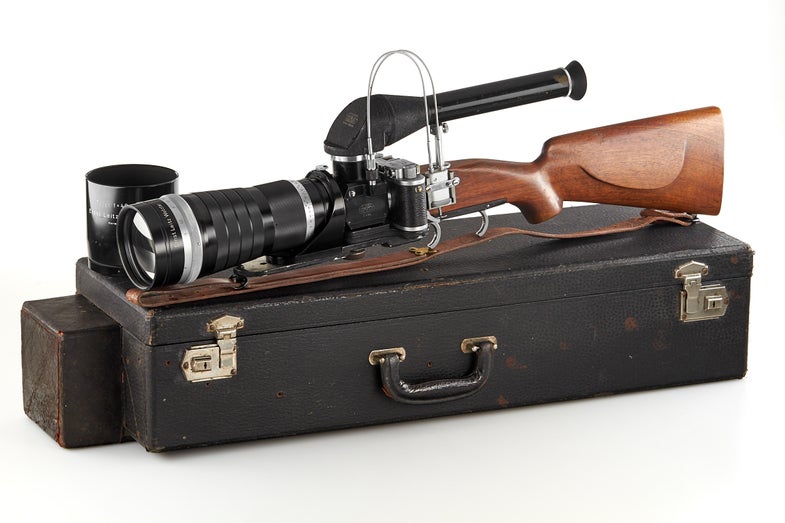 The world of classic cameras can be a fascinating—and expensive one—and the WestLicht auctions always have some interesting pieces up for bid. This time, one of the marquee pieces is a RITEL camera setup that’s literally built like a rifle.

The RITEL comes with a 400mm (40cm) lens and the whole setup is mounted to a genuine rifle stock with a trigger. There appears to be a mirror box attached between the lens and the Leica camera body itself so you can see through the lens with that extended eye piece. The trigger pushes a mechanical plunger, which is then split into two cables, one to flip up the mirror and the other to fire the actual shutter so light can get at the film. It actually seems like a pretty elegant solution. The auction is estimated to land somewhere between $190,000 and $225,000. It’s not something I would be eager to use out in the world today, however.

In addition to the rifle-style cameras, there are a couple other gems in the collection:

The auction takes place on November 19th if you happen to win the lottery between now and then.