These tentacle-nosed catfish are aquatic superheroes

Repulsive or adorable? You decide. 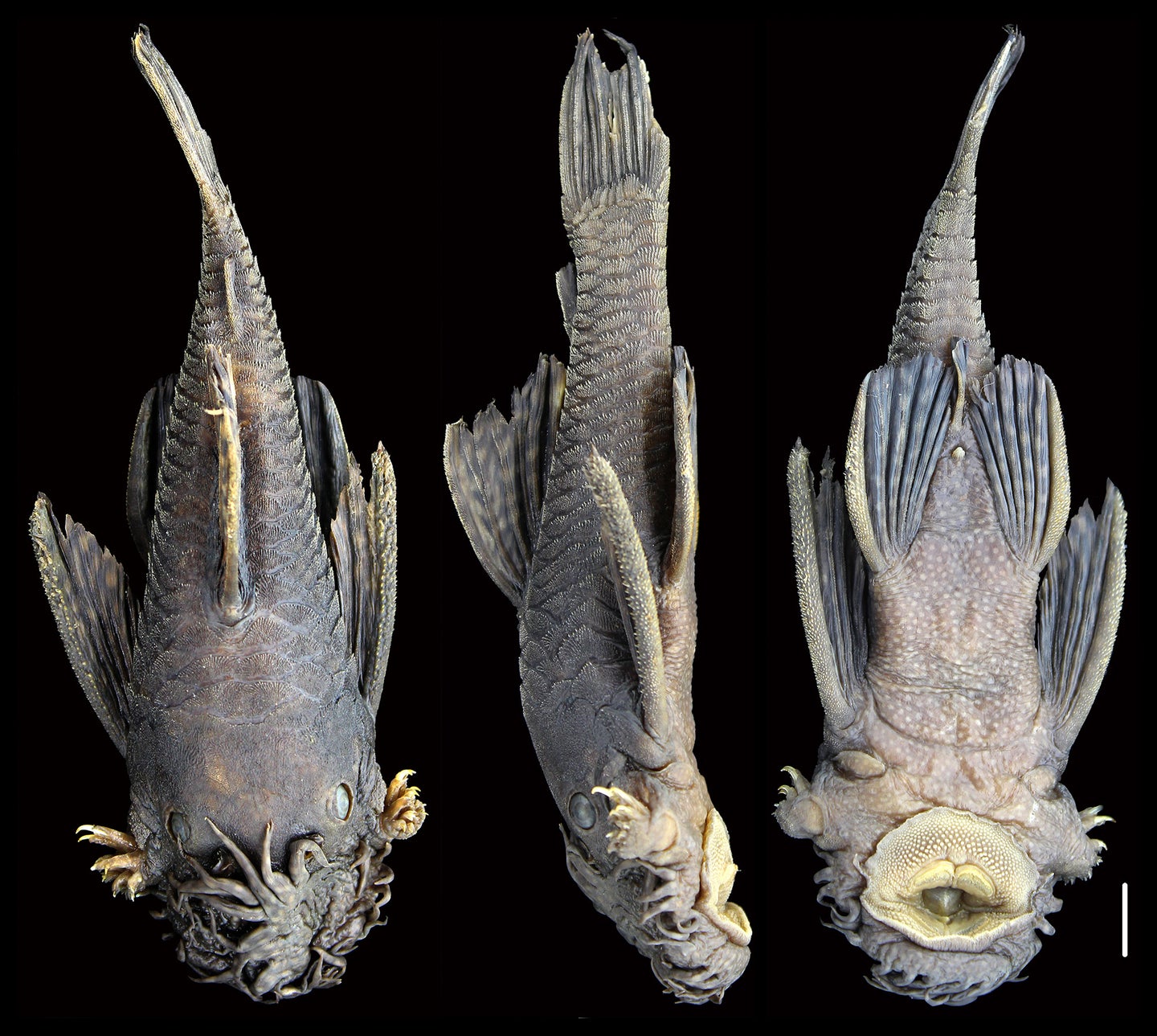 It’s not every day that we discover a new species that looks like cthulhu is possessing the face of a fish. Luckily, today is one of those days. In fact, we found six—researchers from the Field Museum of Natural History announced a sextet of newly discovered tentacle-nosed catfish in the journal Zootaxa on Wednesday.

All six have snouts adorned with tentacles, but the intrigue doesn’t stop there. The catfish also have “spines that stick out from their heads, almost like claws, to protect themselves and their nests, and their [bodies are] covered with bony plates like armor,” Lesley de Souza, an ichthyologist (AKA fish scientist) at the Field and lead author of the study, says in a press release. “They’re warriors, they’re fish superheroes.”

The catfish swim in clear, fast-moving streams and rivers in the Amazon and Orinoco River basins in South America. Only the males have tentacles on their noses, a feature that is meant to impress females and signal that they’d be good catfish dads. To females, the researchers say, the males’ tentacles can look like catfish eggs in the water. That gives a lady catfish reason to believe a male might be especially attentive when caring for their future babies.

And indeed, male tentacle-nosed catfish have been observed defending nests from predators and looking after young quite frequently. One of the new species was named Ancistrus patronus, the species name meaning latin for protector, a translation which likely comes as no surprise to any Harry Potter fan.

RELATED: These flying squirrels fluoresce hot pink, and no one knows exactly why

The researchers gave other catfish meaningful names as well. A. saudades, pictured above, features the Portuguese word for melancholy. De Souza chose that one to express her homesickness for the country. A. yutajae is named for ill-fated lovers in an Indigenous Amazonian legend, and A. leoni after a late colleague.

Naming new species, the researchers say, is a crucial part of getting people to care about the animals and their habitats. “Everything begins with naming a species and determining how many species you have,” de Souza says in the release. “Once you have done the taxonomy then you can study the ecology, behavior, and do conservation action.”