Every frame would make a cool abstract photo 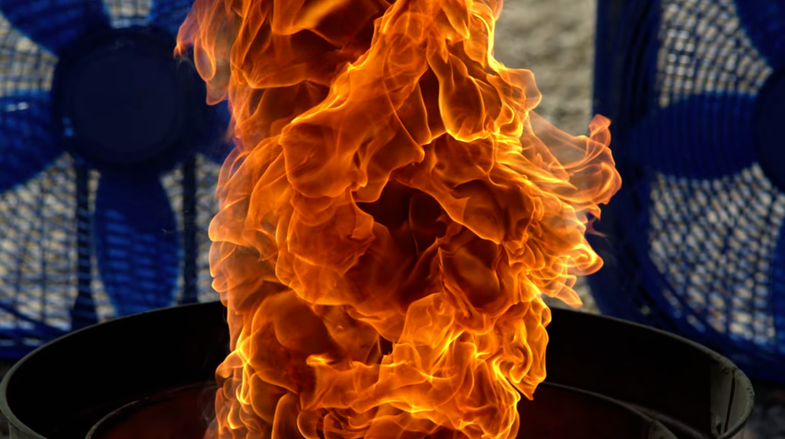 I know it’s a bit of a cliche, but I love fire as a photography subject. It’s an endless source of unique shapes and color, so you can dial in a fast shutter speed, shoot a lot of photos, and end up with a lot of cool options. That’s the same basic premise employed in this super high-speed footage by the Slow Mo Guys.

The setup is actually pretty simple. They built a fire and surrounded it with box fans that blow air at the pit. As the fans get fired up, the fire stars spinning and reaches skyward, extending into a roughly 10-foot twirling pillar of flame. Then, they point a few Phantom super-slow-motion cameras in its direction.

Because of the high framerate, the shutter speeds are extremely fast, which means every frame is like a nice, sharp abstract image of the fire.

Once we’re to the point where we can churn through thousands of frames per second at 4K resolution (and above), this is the kind of scenario where high-speed video will become a viable alternative to traditional still photography. Sure, you can use burst mode or try to pick the perfect moment to fire the shutter, but this strategy literally gives you almost infinite options.