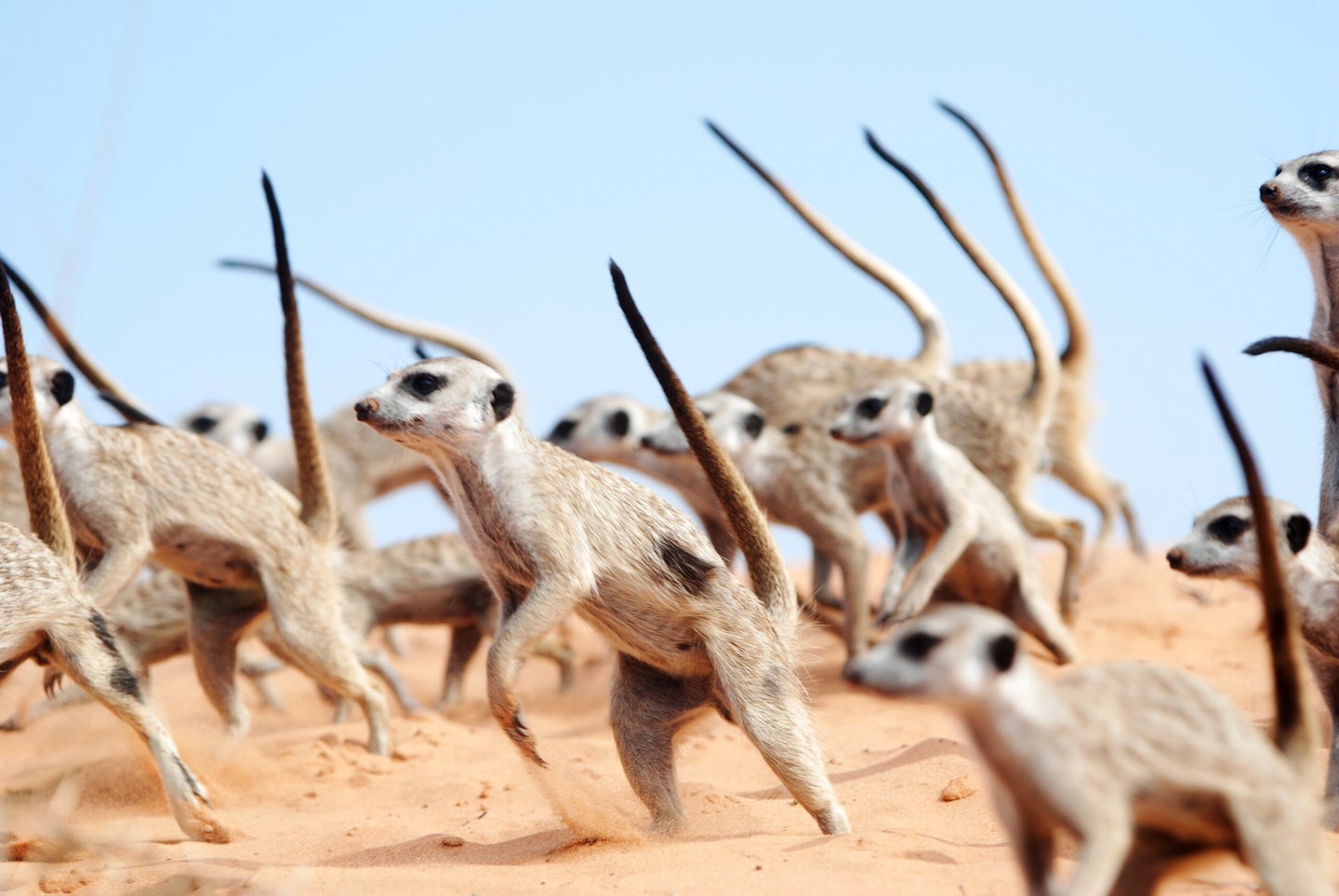 If you were a meerkat, this photo would be terrifying. Sure, those itsy bitsy paws are adorable to us. But this is serious business to a meerkat—this is a war dance.

Yes, the real-life Timons in this image are aggressively fending off another group of meerkats by erecting their tails and puffing out their fur, both of which are apparently quite intimidating if you’re a small carnivore. So says a study about intergroup aggression in meerkats published in Royal Society Proceedings B this week. The researchers spent more than a decade observing 422 separate interactions involving 36 meerkat groups living in the Kalahari desert in South Africa.

The researchers found that nearly a third of potential interactions resolved when one group simply avoided the other entirely. But when things did escalated into a feud, the meerkats generally displayed some kind of chasing or dancing behavior as a prelude to the actual violence. The Jets and the Sharks could learn a thing or two: A meerkat war dance is quite effective at deterring a battle. Some 86 percent of all aggressive interactions ended before the fighting ever began. Meerkats didn’t kill one another most of the time, but at least one death occurred in 13 cases, adding up to 22 total fatalities. Most upsetting of all, 20 of those were pups.

Larger groups with more pups were more likely to win these battles, which the researchers think could be for a variety of reasons. Maybe groups with pups have more to gain from expanding their territory, or perhaps they’re more worried about losing those pups if they have to retreat in battle. It may even be that adult meerkats have some instinctive response triggered by the presence of their pups that makes them put more effort into the fight.

Whatever the reason, meerkat wars are serious business… but they’re pretty cute, too.