Follow along as Amazon announces products from its Echo, Ring, and Prime device lines. 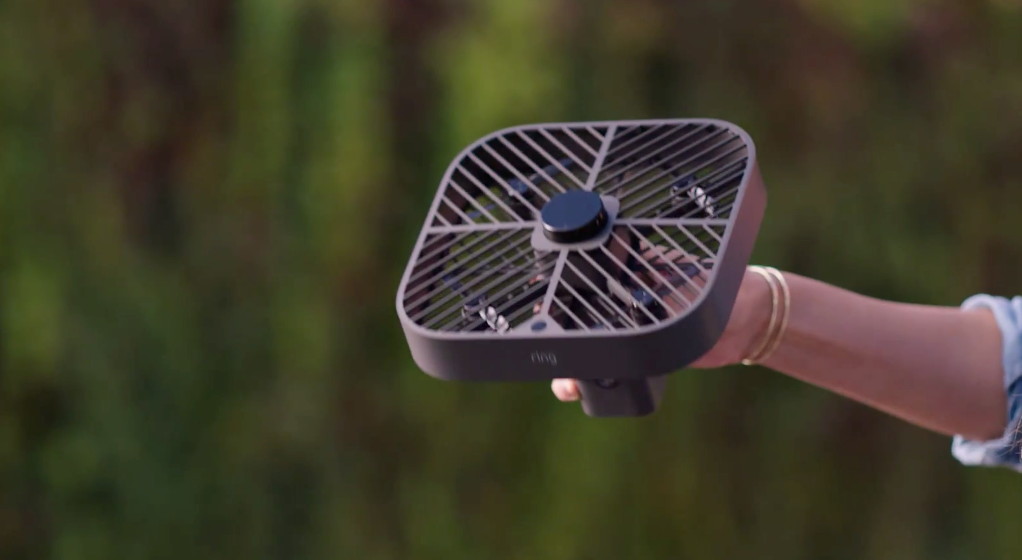 This is a home security drone that flies around your house when you're not home. Seriously. Amazon
SHARE

Heading into the holiday season, Amazon is getting ready to push literally millions of its own devices out the door and into homes. Last year, the company dumped an enormous pile of new devices onto the market at this event, and we’re expecting a similarly massive haul this year.

Amazon is doing a private virtual event to announce its new stuff and we’ll be following along the whole time. Keep scrolling for a running list of all the new Amazon stuff coming at the end of 2020 and beyond.

The presentation starts talking about sustainability rather than dialing in on specific products. All new wall-powered Echo and Fire TV devices are going to get low power mode going forward and older devices will get over-the-air updates to reduce their power consumption when not in use.

We’re straight into the new products. The $99 Echo is spherical now and brings some of the Echo Plus features to the standard model such as the smart home hub. Amazon says it has introduced a new chip and developed new AI algorithms to help recognize voice commands more quickly. According to the company, it has shaved fractions of a second off of the response time, which makes a difference in the real world.

Echo Dot and Echo Dot Clock also get the new spherical design and maintain their cheap price. Amazon says that the Echo Dot is the best-selling speaker of all time.

Going forward, Echo will employ voice profiles for kids so it can know when it’s talking to a young person and adjust its communications accordingly.

From an AI front, Amazon is now allowing Alexa to learn directly from humans. If you say “set the thermostat to vacation mode,” it will ask what you mean by that and then remember it for the future. The same thing goes for other smart home devices like lights. The things Alexa learns are specific to individual users, so there won’t be conflicting vacation modes floating around out there.

Amazon is boasting about advances in its neural text-to-speech technology that makes the assistant sound slightly more natural. It’s not a huge different, but it does sound a lot more like a human. In addition to the intonation changes, Alexa will now take turns speaking like a conversation. You can say, “Alexa, join our conversation,” and the assistant will keep interacting with you without requiring the wake word again. You can interrupt it and talk over it.

Moving into the smart home segment, Amazon says customers have set up more than 100 million smart home devices with customers. Alexa Care Hub sets up a relationship between two accounts. When you interact with a smart device, it will notify the other person in a feed. It’s useful for people with elderly parents or other people they want to check on. You can assign an emergency contact, so when you ask Alexa to “call for help,” it can contact that person.

Amazon is expanding its Eero mesh router products to include Wi-fi 6. There’s not a ton of new specific info here other than the fact that it will play nice with the family hub tech.

Moving onto Amazon’s home security products, Amazon is launching a suite of car-specific devices. It’s a continuation of what it currently offers for home.

Ring Car Alarm plugs into your car and monitors activities like break-ins or tows and then sends an alert to the app.

Ring Car Cam is a device that keeps watch over your car while it’s parked, but also monitors your car for accidents and automatically calls for help. In addition, you can now say Alexa, I’m getting pulled over and the camera will record the traffic stop and store the footage in the cloud.

Ring Car Connect will come first for Teslas and tap into the car’s own suite of built-in cameras and let users see footage from them in the cloud.

Ring Always Home Cam is a drone that flies around your house in preset paths to give you a live view of what’s going on. It only records when it’s moving and it’s “built-to be loud” so it won’t sneak up on you. This is wild.

Amazon says that the Show is the fastest growing line of Echo products. The new Echo Show 10 rotates around the room so you can see the screen without having to move and see it. It has Amazon’s AZ1 neural processor inside that it uses to track. It’s not using facial recognition and it’s not uploading that info to the cloud.

It has a new 10-inch screen with a 13-megapixel camera with digital pan and zoom for video calls. It doesn’t fly around like a drone, though, so it’s kind of a letdown after the previous announcement.

You’ll soon be able to say “Alexa, delete everything I’ve ever said,” to get rid of your past voice commands. You can also set it to work proactively, so it will automatically delete everything you ask going forward.

The Fire TV updates are more about customization than huge changes. There are now individual profiles as well as an Alexa hub that lets you know what you can do by talking to the voice assistant.

The new FireTV Stick will still cost $39 despite double the power. The new Fire TV Stick Lite will cost just $29, which will make it very appealing.

Amazon has its own game streaming service coming to Fire TV, PC, smartphones, and tablets. It’s a cloud game streaming platform built on top of the company’s massive AWS infrastructure that supports large swaths of the web.

It’s a curated set of games that will cost $5.99 monthly. The controller connects directly to the cloud rather than relaying through the device. Amazon says that makes it much quicker in terms of responsiveness and a lot easier to move between different devices without having to pair and un-pair.

There are lots of cloud gaming options out there at the moment, but Amazon’s massive scale on AWS will likely give it a very solid chance.

That’s all of the new products for today, but it’s a lot. All the products will be rolling out in the coming months.