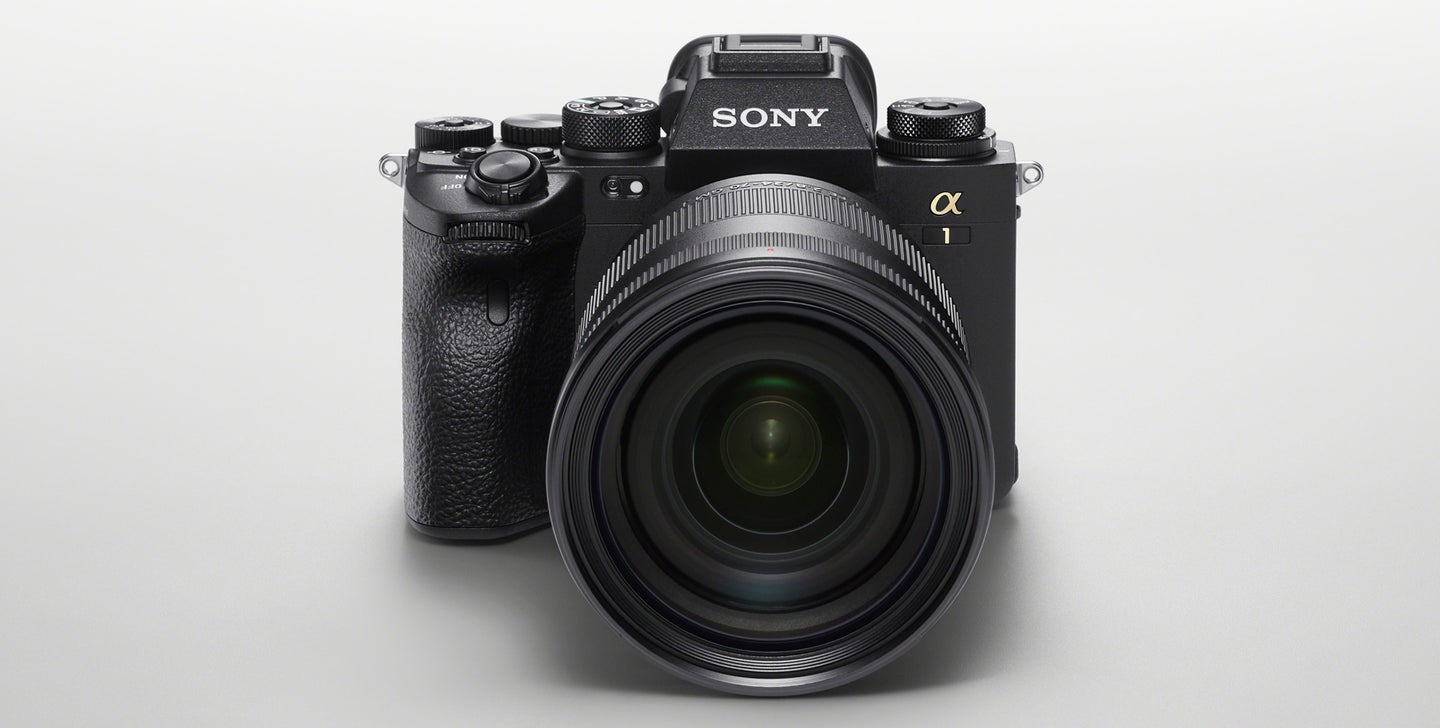 Sony's Alpha 1 is a monster of a camera. Sony
SHARE

Digital cameras built for shooting fast action typically prioritize speed over resolution. Cameras like Sony’s action-oriented A9, Canon’s 1D X Mark II, and Nikon’s D6 all boast megapixel counts in the 20s because high burst-rates and fast transmission times in the field are crucial. Today, however, Sony has announced its new Alpha 1 camera and it’s promising about 50 megapixels in a body that’s fast enough to handle pro-grade sports and action photography.

At its heart, the A1 has a new 50.1-megapixel sensor paired with its new BIONZ XR image processor, which it claims is eight times faster than the previous version. That extra processing power helps the A1 pump out up to 155 full resolution, compressed raw files at 30 frames per second (fps) before the buffer fills up. Drop down to JPEG mode and that cap jumps to 165 total images. That’s a considerable jump from the 20 fps number offered by Sony’s previous flagship, the A9 II and one of its closest competitors, Canon’s R5.

While you’re shooting those fast bursts, the A1 performs up to 120 auto-exposure and autofocus calculations per second. And the electronic shutter doesn’t cause the viewfinder to blackout while you’re taking the photos, so you can continuously track fast-moving objects accurately.

The image capture isn’t the only place where speed has improved. The new 9.44 million dot OLED viewfinder now refreshes at 240 Hz, which should translate into smoother, more accurate motion, even when compared to other cameras running at 120 Hz.

The rest of the stat sheet boasts numbers that are similarly impressive. The autofocus system has 759 phase-detection AF points spread across 92 percent of the image area. Sony claims the Eye AF system, which tracks a person’s eye for sharp focus as they move, is now 30 percent better than it was in the already excellent A9 II. The A1 now also extends eye tracking to birds, which makes sense in a camera so capable when shooting wildlife.

From a video standpoint, the A1 shoots 8K video at up to 30 fps and 4K up to 120 fps, which matches the frame rates promised by Canon’s high-end R5. Canon’s camera, however, ran into some early issues with heat reducing the overall usefulness of 8K capture—the body would require long cool-down times after short recording sessions to prevent damaging the electronics. Sony claims shooters will get up to 30 minutes of 8K shooting thanks to internal cooling structures, but it will be interesting to see how those promises pan out in the real world.

In reality, the A1 goes beyond 8K, offering 8.6K oversampled footage to capture additional detail. Sony claims more than 15 stops of dynamic range when shooting video (and 15 stops exactly when shooting stills), which is another notable improvement over the A1′s predecessors.

In-body image stabilization promises up to five stops of shake reduction. If you use Sony’s video-specific apps, however, the camera can also record movement data from its onboard sensors while you’re shooting and use that information during the editing process to apply natural shake reduction tech.

At least on paper, the A1 is a monster of a camera, and there’s really nothing else like it out there at the moment. At $6,500, it’s obviously meant for pros, and it offers some features that working professionals will find handy. Its Wi-fi connection works on both 2.4 GHz and 5 GHz bands, to make it more versatile when trying to send files from the field. It also offers a new JPEG “light” setting, which makes compressed files even smaller and easier to transmit back to an editor from the field.

It even offers seemingly small improvements that could make a big difference for advanced shooters. The electronic shutter allows for high-speed continuous shooting with flicker reduction to counteract the odd bands of shadow that show up in images when shooting under certain types of lighting. The mechanical shutter allows for flash syncing as fast as 1/400th of a second, which makes shooting flash in bright situations simpler.

Rumors have been speculating that Canon will unveil a pro version of its R-series mirrorless cameras some time in the near future—the Olympics would make a great opportunity to do so. But, Sony has already set a high bar when it comes to true pro mirrorless. While the A1 isn’t cheap, it effectively does the job of both the speedy A9 II and the high-resolution A7R Mark IV. For the moment, it’s in a category all by itself.