The A7C is the smallest mirrorless camera on the market with built-in image stabilization. 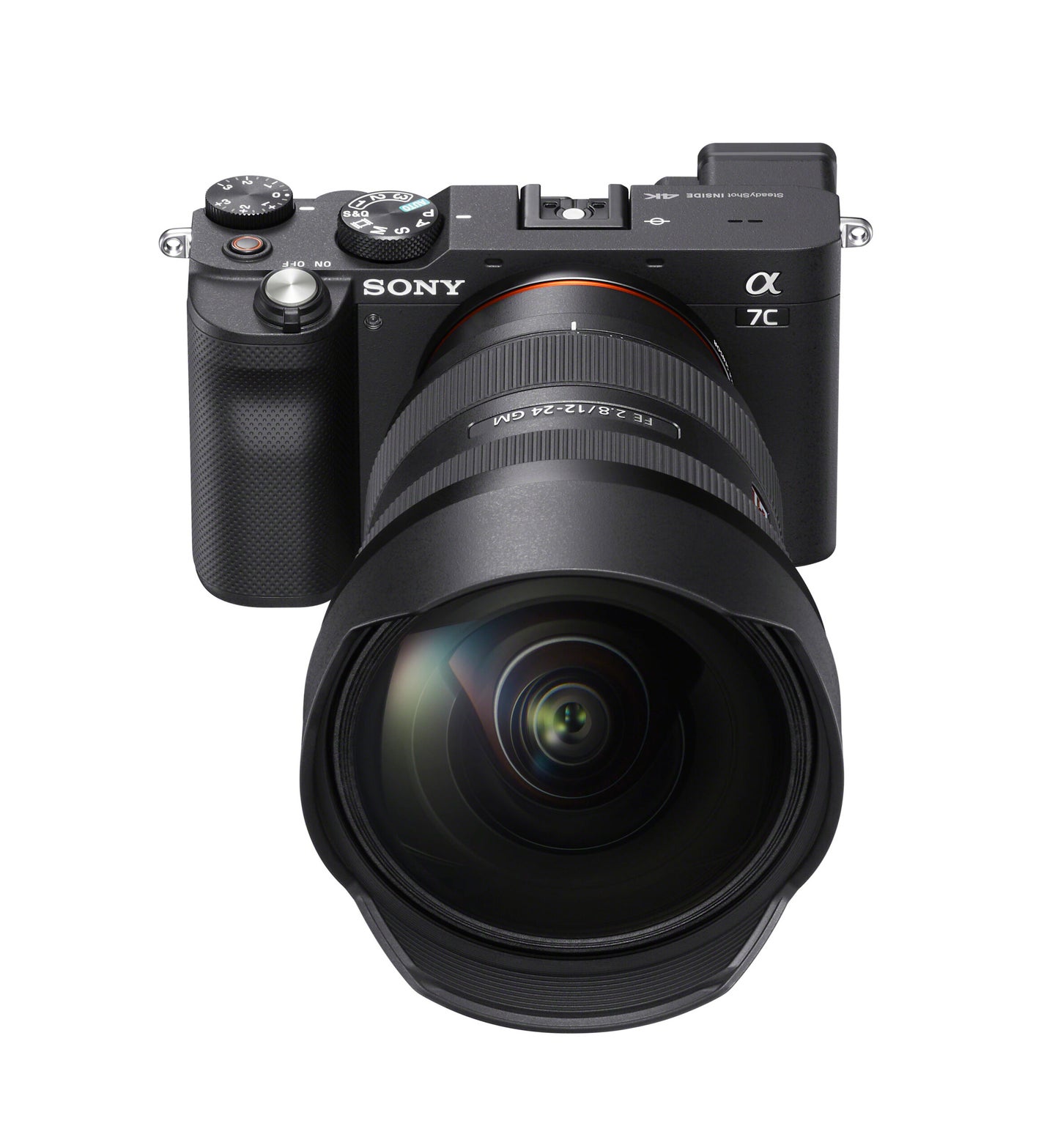 At first glance, Sony’s new A7C camera would fit right in with the company’s mid-level A6000-series cameras. Instead of a smaller APS-C sensor inside, however, Sony has crammed the full-frame sensor (the same size as a frame of 35mm film) from the A7 III into a more compact, rangefinder-style body.

Compared to the rest of its full-frame A7 siblings, the A7C is roughly 20-percent smaller, which makes it very close to the consumer-oriented A6600. It’s not the smallest full-frame mirrorless camera on the market—that title goes to Sigma’s curious fp—but Sony has included a 5-way image stabilization system built around the sensor, which takes up some extra space.

The sensor is the same 24.2-megapixel chip you’ll find in the A7 III, paired with the BIONZ X image processor, all of which is familiar territory for full-frame Sony offerings. With that coupling, you also get 693 phase-detect autofocus points to enable face tracking for both people and animals.

The viewfinder has moved over to the top left corner of the body—the A7 line puts it at the top where the prism would be on a DSLR. The viewfinder display isn’t mind-blowing; it has a 2.4 million dot resolution and 0.59x magnification.

There are some other compromises that you’ll have to make for that small size, as well. There’s only one memory card instead of a pair, which makes sense for an entry-level camera, but isn’t ideal for anyone who might want to do some professional work with it.

A camera like this will clearly appeal to YouTubers, and Sony has given it some popular features handy for frequent video makers. It can charge via USB while you’re shooting, and the 3-inch touchscreen display flips out and rotates around so you can see what you’re shooting when the camera is pointed at your own face.

Video recording modes top out at 4K 30P, so if you’re hoping to shoot at 60P, you’re out of luck. (With a large-sensor camera that is this small, however, one has to imagine that heat dissipation would be an issue while trying to capture UHD footage at a higher rate.) However, you can crank the frame rate up to 100 for slow-motion shooting if you don’t mind dropping down to 1080p HD.

At $1,799, it’s more than a $500 jump up from the A6600, which isn’t a small price to pay for a bigger sensor. That extra silicon real estate, however, will likely translate into better low-light performance and more pronounced depth-of-field effects.

That price point also puts it in direct competition with Fujifilm’s quirky-but-powerful X-Pro3. They both employ a similar rangefinder design and comparable resolution.

In addition to its new small body, Sony also announced a new super-compact 28-60mm lens. As you might expect, it has a relatively small variable aperture that ranges from f/4-f/5.6 as you zoom in. Unfortunately, all those internal electronics didn’t leave room for a built-in pop-up flash (there is a hot shoe for attaching an accessory flash), which would have come in handy with a relatively slow lens.

It will be interesting to see how well this fits into the rest of Sony’s camera lineup. You can get a more robust A73 for just $200 more, and that’s at full retail price. The A73 is noticeably bigger, but the second card slot and improved weather-sealing are important for those buying it for work reasons.

We will also have to wait and see what this means for smaller-sensor cameras going forward. Olympus and Panasonic have both recently expressed their commitment to the much-smaller Micro Four Thirds format, but Canon’s EOS-R and Nikon’s first-generation Z mirrorless cameras have seriously come down in price. Those companies also seem very committed to the 35mm format.

Expect to see full-frame cameras continue to shrink, especially if Sony sells a ton of these.