iPad Pro Review: Closer than ever to replacing your laptop 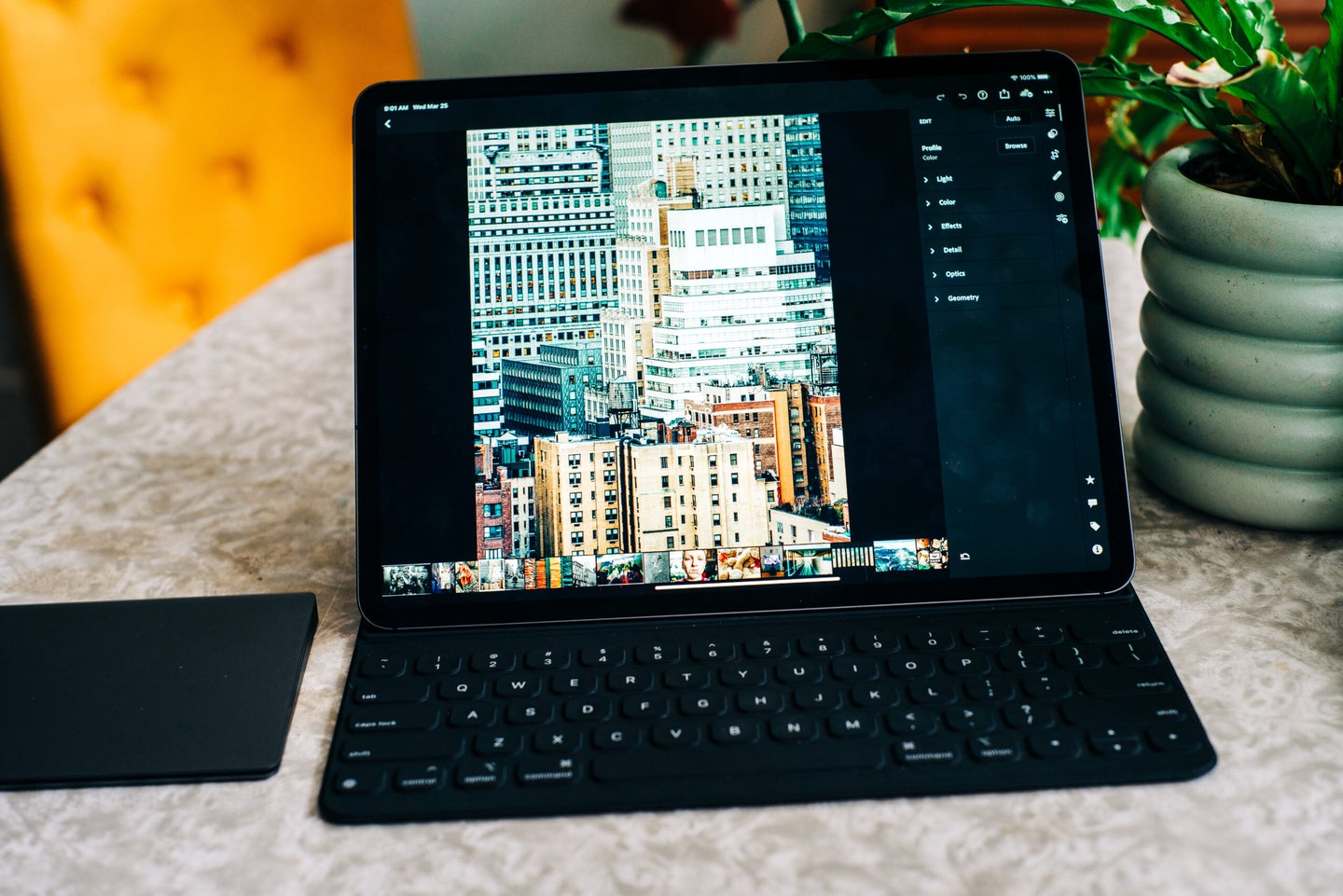 I clicked into this window on the new iPad Pro using Apple’s Magic Trackpad. It seems like a small thing–I do it just about every day on a MacBook Pro. But, this isn’t a computer. Or it is a computer. Regardless of how Apple does or doesn’t market their tablet, I’ve been using the new iPad Pro as my main work machine for about a week now. And it’s closer to replacing a laptop than it ever has been.

From a hardware standpoint, the new iPad Pro isn’t wildly different from the previous version that debuted back in 2018. The processor has moved up from the A12X Bionic to the A12Z Bionic. As those cryptic but incremental names suggest, this isn’t a revolution in terms of silicon. In reality, though, it didn’t need much of a speed bump anyway. On the new iPad Pro, apps load quickly, intensive programs like Lightroom feel snappy, and it generally seems like it can handle whatever task you ask of it.

When it comes to usability, however, it’s the software that really changes the way you interact with the iPad Pro. The operating system—called iPadOS 13.4—now integrates full mouse support in the form of a shape-shifting cursor. The Magic Keyboard with an integrated touchpad is coming down the road, but for this review, I synced Apple’s Magic Touchpad meant for typical computers. Tap on the touchpad and a small circle appears to show you where you’re pointing. Get close enough to an icon or a button, and the cursor snaps over the object and takes on its shape.

It’s simple and natural when it works, which it does most of the time. There are still several places–including Safari–in which the new system is not totally integrated, but as it gets wider adoption, I can see myself getting extremely used to it.

If you’re dealing with a lot of text, this really does make things a lot better. Some people have developed surgical accuracy when it comes to tapping in exactly the right spot to place a cursor in a document. I’m not one of them and, thankfully, the touchpad support has made selecting and manipulating text simpler.

The touchpad also helps with functions such as sliders and cropping in Lightroom. I’ll often release a slider or the corner of a cropping tool only to have it move slightly during separation. I didn’t get that with the touchpad, which translated into fewer instances of wanting to throw it across the room.

For now, the cursor is relegated to external input devices. You can hook up a mouse or a trackpad to take advantage of it. But, we won’t get the full effect until next month when Apple rolls out the swanky, $350 (for the 12.9-inch model) Magic Keyboard. It has an integrated touchpad in exactly the spot where I’ve accidentally tapped my desk expecting a touchpad when using the regular Smart Keyboard Folio.

In addition to its shape hanging tricks, the new mouse functionality also adds gesture control closer to what you’d find on a Mac laptop. Swipe up with three fingers to go home and swipe right with three fingers to switch between apps. Of course, you also get the two-finger natural scrolling, which Apple does far better than anyone at the moment.

There is, however, one major hardware update worth talking about: the new LIDAR sensor that lives inside the iPad Pro’s upgraded camera module. LIDAR stands for Light Detection and Ranging, and it typically helps self-driving cars or rovers meant for other planets make 3D maps of their surroundings by sending out light and measuring how it bounces back. The iPad is doing something similar by creating intricate maps of the objects around it within a five-meter distance. It can then use that data to inform augmented-reality apps through ARKit 3.

Right now, there aren’t a ton of ways to really experience how much better AR is with the LIDAR sensor onboard the device. The native Measure app, however, takes full advantage of it. For the unfamiliar, Measure uses augmented reality to give you real world dimensions of physical objects, like a virtual ruler. It works…OK. It’s not something I’d trust for extremely accurate tasks, and that’s still true with the LIDAR-equipped version. It has, however, gotten a lot better and faster. The measurements seem more reliable, and pop up more quickly.

Apple says that AR app developers should notice an improvement in the performance of their apps without having to totally recode their software. But, there will be opportunities to specifically take advantage of some LIDAR functions.

The rest of the features

Again, not a ton has changed here from a hardware standpoint, so if you’re familiar with the 2018 iPad Pro, picking this up will feel very similar.

Apple has revamped the microphones, which is a great addition for a Pro device. We also saw the company put a lot of emphasis on built-in mics for the latest MacBook Pro as well.

The battery truly does last all day, at least in the larger 12.9-inch model I’ve been trying out. I’ve put roughly 9 hours in on this device today and it still has 10 percent battery life despite some work in Lightroom.

Apple also says it has made some hardware changes to the thermal performance to keep the components cooler inside, It wasn’t specific about what exactly those changes are, but it stays cool to the touch even hinder heavy load.

Lastly, the screen is still gorgeous. It has a smooth-scrolilng 120 Hz refresh rate. The 240 Hz touch-sensing is extremely responsive. The maximum brightness is literally too bright for indoors and totally usable even outside.

For pro creatives, it’s very useful as a secondary tool. As a photographer, I love it for editing individual photos, doing Lightroom sorts without having to worry about my laptop burning through its battery and, most importantly, showing people photos on the awesome screen. But, as a main workflow device, it’s not quite there yet because exporting and uploading images to various fulfillment sites is still tedious and unreliable.

For videography, it’s great for even some complex projects, but there’s still no Final Cut to help fully make the jump.

If you have a 2018 or later iPad pro, it’s not necessary to run out and upgrade right now unless you plan to get heavy into augmented reality. If you’re just answering emails, typing into docs, and watching Netflix, the Pro is a more-than-capable replacement for a laptop, but then again, so are the other, cheaper iPad models.

Ultimately, I was glad to get back to my laptop for my regular workdays, but the iPad feels more viable than ever as a complete replacement. I expect that will be even more applicable once the Smart Keyboard case lands in May.