The genus Stormtropis is a nod to the iconic series. 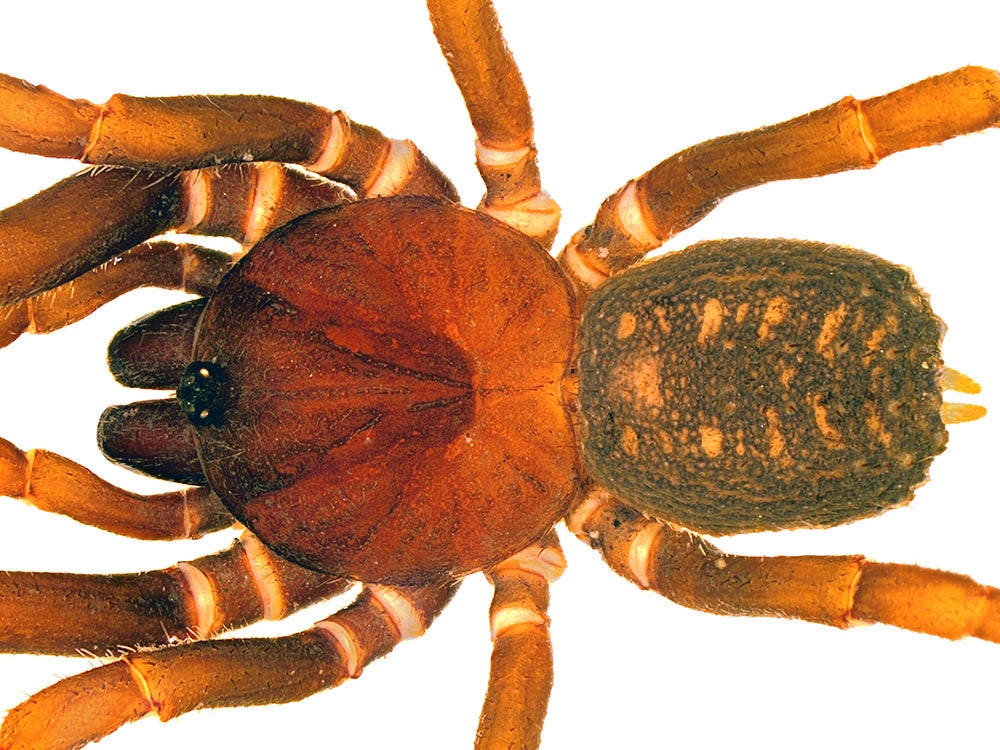 Perhaps the greatest pleasure in science is naming a new species. You can name animals after your loved ones (or, let’s be honest, yourself), insects after their own weird genitals, and lichens after Lady Gaga. When you’ve made such a discovery, the world is truly your Crassostrea virginica oyster (itself named for the colony of Virginia, which was in turn most likely named for Elizabeth I of England, the virgin queen).

The latest spelunkers in the depths of creative nomenclature are spider biologist Carlos Perafan, Fernando Perez-Miles, and William Galvis. While working in the Andes mountains, the trio discovered six species of bald-legged spiders that had never previously been seen in Colombia. According to a new study, published Thursday in the journal ZooKeys, four of the spiders had no clear genus, so the researchers invented their own. Inspired by the reportedly clone-like similarities between the members of this new group, they christened the arachnids Stormtropis, for the white-clad soldiers in Star Wars.

These new critters are part of the intraorder Mygalomorphae, which includes the beefier eight-legged species such as tarantulas and trapdoor spiders. Like their peers, Stormtropis display “cryptic habits,” according to their discoverers. This not only means they’re mysterious (they certainly are), but that they literally cloak themselves in soils—a camouflaging phenomenon known as crypsis.

One of the most interesting facets of the wee stormtroopers’ anatomy is the way their cuticles (spiders’ skin-like exoskeletons) adhere to dirt particles, enabling them to blend in with their environment. They also have a “controversial phylogenetic position,” meaning scientists still aren’t sure where to place them in the tree of life. But subsequent discoveries like these are sure to dig up some new information on these dirt-dwelling crawlers. After all, several of these specimens are holotypes—the preserved physical example against which scientists will judge all other members of their species for centuries to come.