A wedding photographer shares his tips for better family portraits

Want to get some family portraits shot this holiday season? These tips will make it a lot less painful. 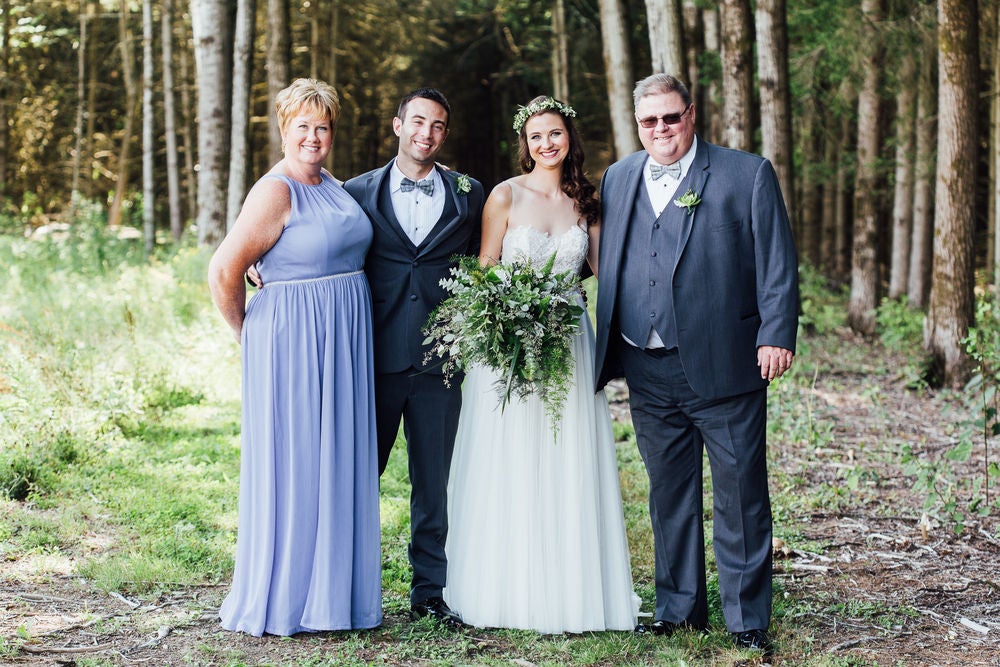 Getting the family together for some family portraits can be tough. Throw in a big turkey dinner and a fresh election to argue about and it can seen downright impossible. Wedding photographers are used to this kind of challenge, though, so use some of these tips to take the pain out of shooting your formal family portraits.

Find a spot and stick to it

Your aunts and uncles will almost certainly have suggestions for “good backdrops,” but you’ll save yourself a ton of frustration if you just post up in one location that you know will work. If it’s outdoors, look for even lighting with a mostly basic background. If you try to get fancy, you’ll often just introduce distractions and give yourself more of a challenge during editing.

Even if you typically never use a tripod (like me), this is where that three-legged pal really comes in handy. Using a tripod will give you a consistent angle and background, so the images will look great together in a Facebook gallery or on a wall. Using the timer will also allow you to get in the photos without having to hand your camera to your cousin’s tipsy boyfriend to press the shutter.

It’s cold in many sections of the country this time of year, so dragging everyone into the yard may be out of the question. The goal is to get consistent, flattering results without making everyone stand around should a technical issue arise. I like to go with one big light source, unless the group gets really huge. That will give you soft shadows and prevent weird dark spaces that can sometimes come from criss-crossing light sources. If you’re in a white room, a since bounced flash can actually do a rather excellent job while minimizing variables. 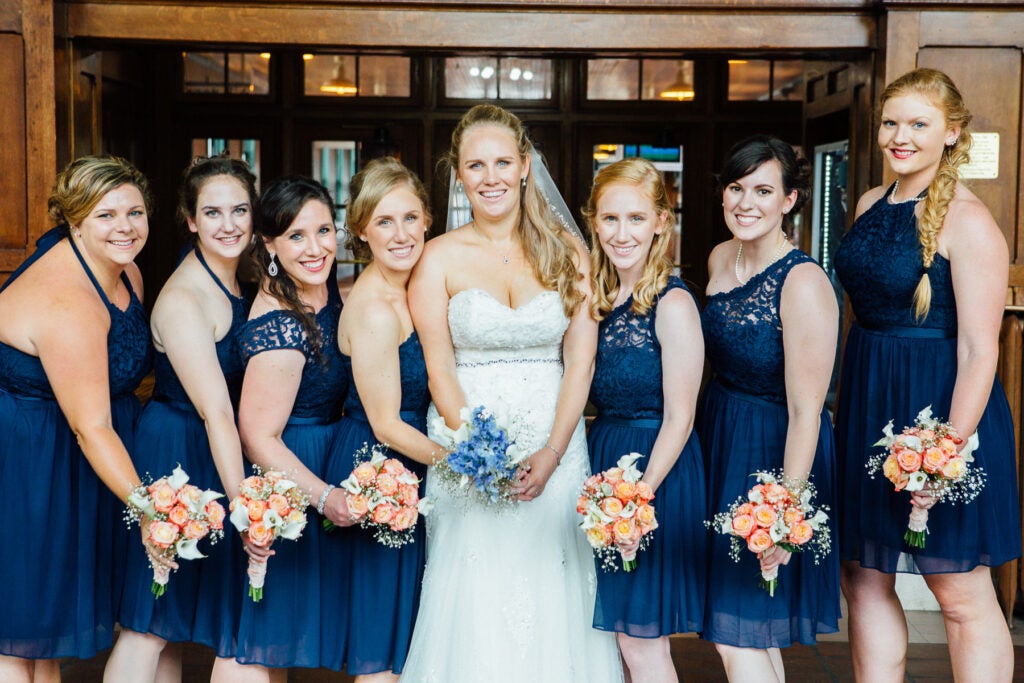 A wedding party portrait with a more casual feel.

Start with the biggest groups first

It’s always easier to take people out of a scene than to go find and drag them into the one. Starting with the biggest group will assure that everyone is around, so you can quickly move from the big group photos to the smaller family shots.

Have someone help you check the details

People immediately look for themselves in these kinds of group photos, which means they’re going to notice every little thing that’s wrong. Wrinkled collars, missed buttons, crooked necklaces, hair ties left on wrists, they’re all going to get noticed. Get a second set of eyeballs on everyone before you fire the shutter to avoid the dreaded, “Can you fix this in Photoshop?” emails.

People look all over the place during group photos. I have no idea why. You say, “look right here,” and point at the lens, then later in Lightroom you notice them fixated 45-degrees to the right of the camera, staring into some far off land. Remind them where to look.

Counting down from three before each photos will also help ensure that fewer people are blinking. I say “fewer people” instead of “no one” because people are also bad at not blinking.

Shoot a bunch, but don’t annoy everyone

Shooting a lot is a no-brainer with so many people to try and engage, but people will only tolerate the stand-and-smile for so long before they want to get back to dinner or the football game. Get the shot and move on. No need to encourage the grumpiness.

Use a creative pose, but not too complicated

Your family photo doesn’t need to look like an Annie Lieobovitz layout for Vanity Fair, but standing everyone stick straight in a line is also less ideal. Try putting the older folks in chairs in front with the kids standing next to them. Stand the adults behind them, but vary their shoulder angles to make things feel more dynamic. And don’t overlook the single people. You don’t want them to end up looking like floating heads behind all the couples.

Use a grey card

You’ve done everything you can to keep things nice and consistent, so be sure to shoot a grey card shot (or an X-Rite Color Checker) or even a plain piece of paper so you have a reference during editing. That way, you can get consistent color across the entire shoot.

Be ready to edit quickly

Your relatives are going to ask you for the photos—often. Commit to getting the edit done and the photos shared quickly to avoid a lot of emails, Facebook messages, phone calls, letters, and whatever else from your impatient family members.

Don’t forget to enjoy the holidays

At the end of the day, you’re there for your family and not as a hired shooter. Take your photos, pack your gear, and then chill out. That doesn’t mean you can’t capture any more memories with your camera, but while it’s easier to shoot this like it’s a job, don’t make it feel like one.