This slick-looking drive makes use of USB-C 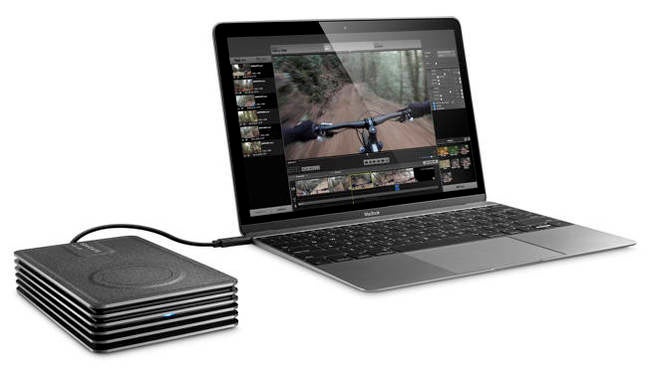 Honestly, by now, I thought we would be almost entirely done with cords by now. However, there’s a terrifying Cthulhu of cords hiding under my desk right now and I’m not thrilled about it. Seagate, however, just announced a new 8 TB hard drive that doesn’t require a dedicated power cord. It’s called the Seagate Innov8.

The drive uses the USB 3.1 protocol and USB-C connection (like the one found on the MacBook laptop) to run the drive purely off of BUS power. The hard drive’s case was designed in collaboration with the Huge-Design, so it’s actually rather nice to look at, which isn’t always the case with something as practicality-driven as a hard drive.

The Innov8 starts shipping in April for $349