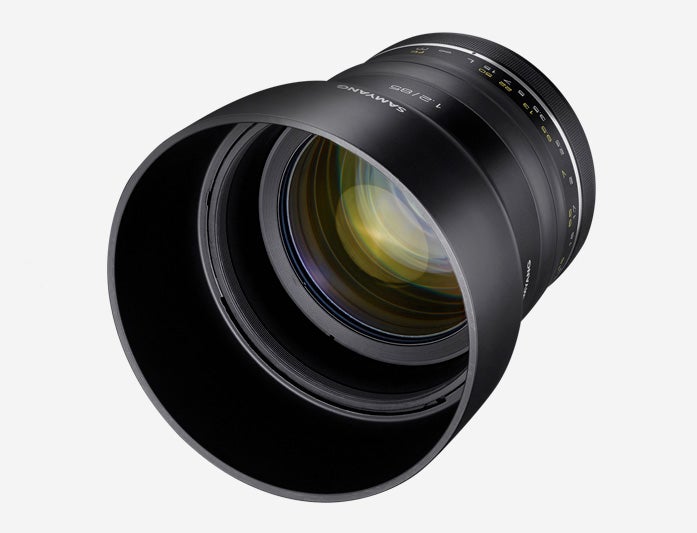 The Summer lens-announcement spree from Samyang is coming to a close, but the company appears to be finishing strong with a pair of new prime lenses meant to sit at the top of the product line. The new lenses include a the Premium MF 85mm f/1.2 and the Premium MF 14mm F/2.4.

The Premium MF 85mm F/1.2 is obviously aimed at portrait photographers, promising to accommodate high-resolution capture like 50-megapixel DSLRs and 8K video. The lens has 10 elements in seven groups, including one aspherical and two high-refractive lenses. Both new lenses have metal body construction to go along with the high-end theme.

With all that glass and that fast aperture, however, the lens is fairly big, sporting an 86mm filter diameter and a weight of roughly 2.3-pounds. The website lists just a Canon EF mount at the moment, but we’ll see what happens when it shows up here in the States, most likely with a Rokinon badge.

The other new lens is the Premium MF 14mm F/2.4, which has a total field of view of roughly 114-degrees. This wide-angle prime has 18 total elements across 14 groups, including two aspherical, one “hybrid” aspherical lens, two extra-low dispersion elements, and one high-refractive lens. That’s like the optical tech sampler platter. The body is made from the same aluminum ally, but manages to weigh 1.75 pounds, which is less than the 85mm f/1.2.

We will be very interesting to see how these lenses perform against some of the other competition out there like the massive (and pricy) Zeiss Otus.