This summer’s parade of new Samyang lenses (which will likely be distributed in the U.S. under the Rokinon brand) continues... 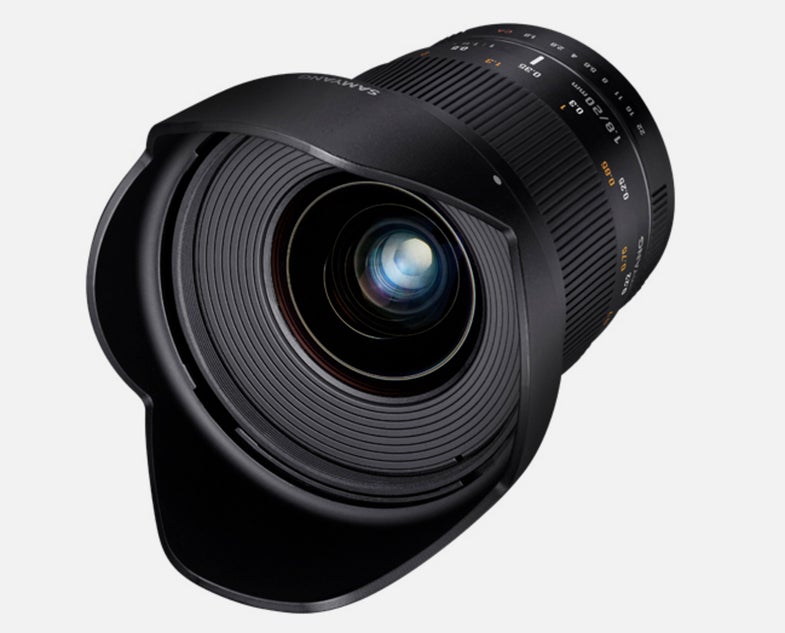 This summer’s parade of new Samyang lenses (which will likely be distributed in the U.S. under the Rokinon brand) continues with a new 20mm f/1.8 ED AS UMC full-frame option for a whole slew of modern camera mounts.

The lens, like most of the lineup, is manual focus-only and is meant to fill the small-but-relevant gap between 16mm and 24mm in the current lineup. Because of its design and its wide focal length, it has a minimum focusing distance of 0.2 meters (7.9 inches).

The new 20mm f/1.8 has all the modern bells and whistles you’d expect, including Ultra Multi Coatings, two aspherical elements, and three extra-low dispersion elements. It has a total of 13 elements in 12 groups.

Most impressively, the lens will be available in 10 camera mounts for DSLRs and mirrorless ILCs: Canon EF and M, Fujifilm X, Four Thirds and Micro Four Thirds (Olympus and Panasonic), Nikon AF, Pentax K, Samsung NX, and Sony A and E.

We will bring you price and availability information as soon as it’s available here in the U.S.