Looks like Samyang (or Rokinon, depending on where you live) is keeping its streak of summer lens announcements alive with... 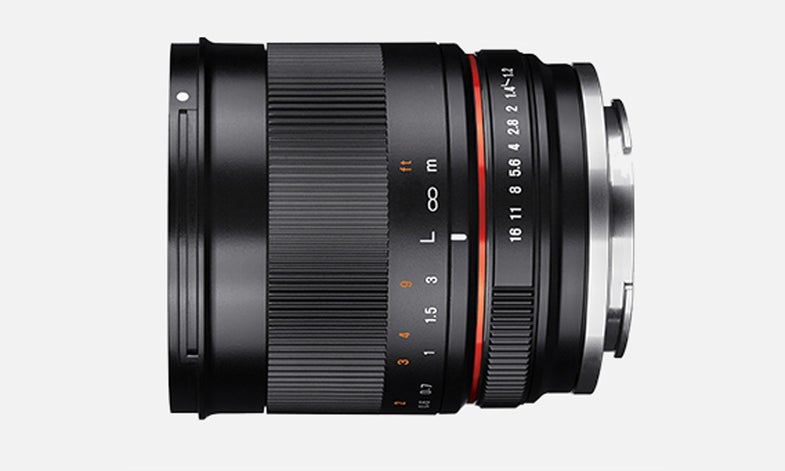 Looks like Samyang (or Rokinon, depending on where you live) is keeping its streak of summer lens announcements alive with the new 35mm f/1.2 ED AS UMC CS prime lens for crop sensor cameras. There’s also a cinema version with called the 35mm T1.3 ED AS UMC CS.

The key selling point for the new manual focus lens is the fast f/1.2 aperture, which uses a total of nine blades. There are nine elements in seven groups, including two aspherical elements. It uses the latest Ultra-Multi-Coating as well, to protect the exposed elements and reduce flare and ghosting.

The lens focuses down to 1.24 feet and weighs just under a pound, varying a little bit depending on which mount you choose.

The Samyang 35mm f/1.2 ED AS UMC CS will be available in Fujifilm X, Sony E, and Canon M mounts for APS-C, as well as Micro Four Thirds. In the USA, it will presumably wear the Rokinon badge, and we’ll update this post when official pricing and availability are announced.