Amazing new photos of asteroid Ryugu present a new mystery: who cleaned up all the dust?

They also provide evidence of an ancient cosmic crash. 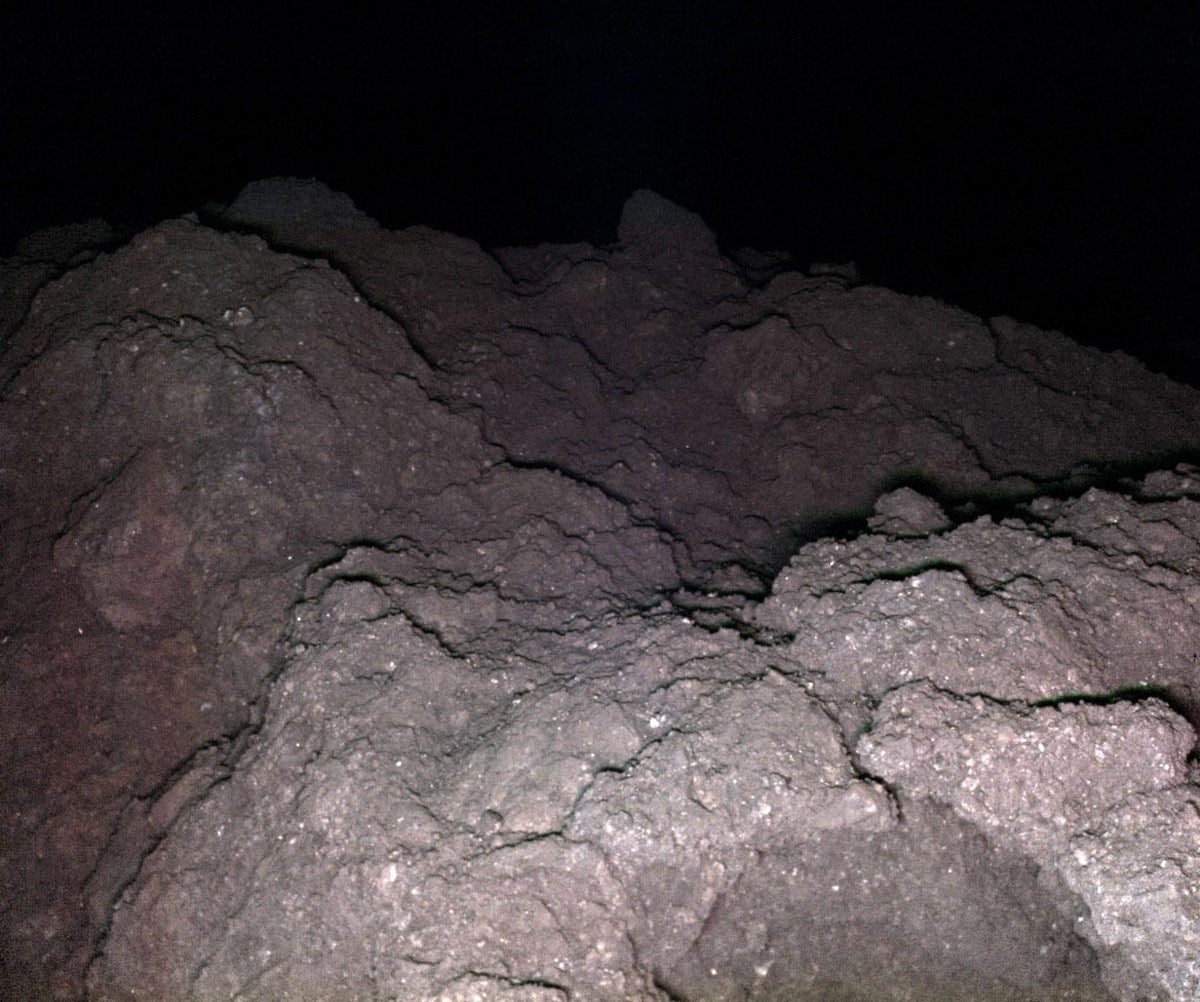 A color shot of the asteroid's surface. MASCOT/DLR/JAXA
SHARE

This story was originally published on Popular Science.

Last October, the Hayabusa2 spacecraft dropped a toaster-sized lander onto the surface of the near-Earth asteroid Ryugu. The Mobile Asteroid Surface Scout (MASCOT) tumbled around a bit, but accomplished its objective with flying colors. It cruised the rocky landscape for 17 hours, measuring temperature and magnetism, and taking some flash-photography using LEDs. The robot was battery-powered, so after it had done its duty, the little guy powered down… forever.

But MASCOT didn’t “die” for nothing, as exemplified by a report published last week in Science. New analyses of the lander’s photos show that Ryugu’s surface is composed of two kinds of rock: bright and smooth, and dark and rough. The two types are distributed pretty evenly, too. This backs the theory that Ryugu was born from a cataclysmic event of some sort—for example, an asteroid (perhaps made up of bright, smooth stone) could have smashed into another (potentially dark and rough) object, sending debris flying. Ryugu could have been born when gravity compacted that rubble.

After analyzing color and reflective flashback in the photos, the researchers also note that some rocks may be similar in makeup to carbonaceous chondrite meteorites, which have crash landed on Earth before and are thought to be 4.5 billion years old. Ryugu’s rocks might also contain olivine, a very common mineral on Earth that often takes on a signature green hue. Olivine has also been found in meteorites as well as on the moon and Mars.

Peculiarly, the researchers couldn’t see any dust on Ryugu’s rocks, which all clocked in at between four inches to one foot across. Small dust particles should be present thanks to frequent bombardment of micrometeorites and weathering, but it was nowhere to be found. “As the asteroid has very low gravity, only one-sixtieth of that experienced on Earth’s surface, the dust has either disappeared into cavities on the asteroid or has escaped into space,” lead author Ralf Jaumann said in a German Aerospace Center press release. The team is still puzzling out the physical mechanism behind this unexpected dust behavior.

This isn’t the last we’ll hear of this near-Earth asteroid. Hayabusa2 will begin its journey back to us in December, carrying along samples it took from Ryugu’s surface. Researchers hope the samples, combined with these images of the asteroid’s surface, will help them finally unlock Ryugu’s origin story.