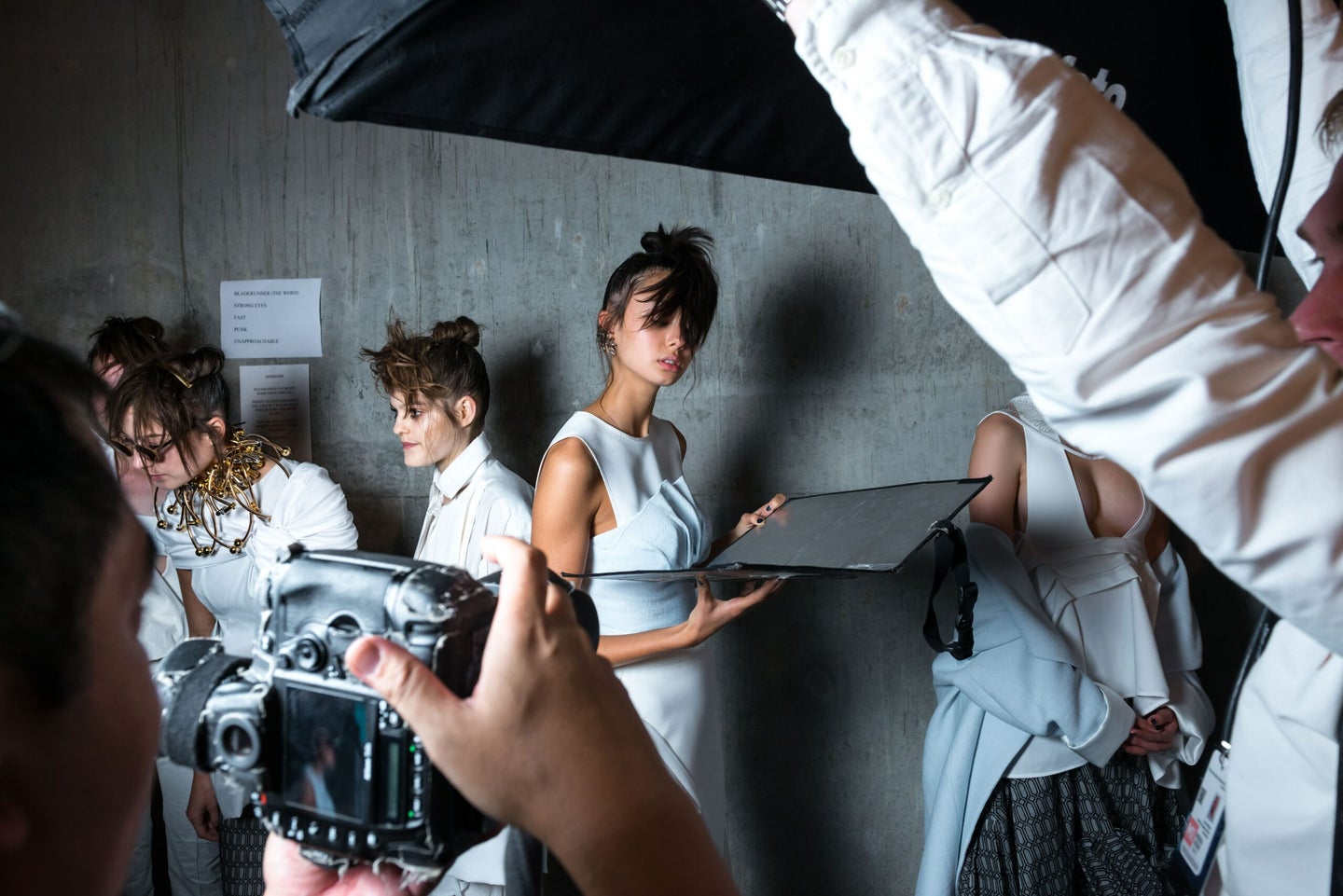 Photographers love light. Unfortunately, those rascally little waves/particles of illumination don’t always cooperate. The best collapsible reflectors will allow you to shape light without having to carry around complex gear that can break or run out of batteries, It’s one of the simplest, but most versatile tools you can have in your bag or around the studio.

As the name suggests, these handy discs typically spend most of their time bouncing light onto a subject, they can do a lot more. Some offer translucent panels for creating soft, diffuse light, while others offer deep black surfaces to block unwanted rays.

Whichever model you choose, these simple, affordable pieces of photography equipment will make a surprisingly big difference in your work once you get the hang of them.

What to look for in the best collapsible reflectors

It’s all right there in the name. These flat discs serve to intercept light rays and send them back toward your subject. Depending on the setting, they can provide everything from a simple fill to tone down harsh shadows, to a dramatic key light consisting of lively directional illumination.

How do collapsible reflectors work?

If you’ve ever used a pop-up tent, most collapsible reflectors work on the same basic idea. A flexible metal frame around the outside of the material can bend in on itself in a specific way to create a much smaller footprint without getting much thicker.

It can take some practice to fold up the reflectors, especially when they get big enough that you have to stretch your arms out to grab both sides. I highly recommend a few folding and unfolding dry runs at your house once you get your reflector before you take it out into the wild on a shoot. It can feel embarrassing when you’re struggling to get it crammed back into that tiny bag.

While many reflectors have solid handles or at least thick frames to hold onto, you can’t always be in the right place to shape light while you’re shooting. You can use a simple light stand with an A clamp to keep most reflectors securely in place. Other companies specifically sell stands for their reflectors in case you want something that looks a little more formal.

How to pick the best collapsible reflector

You have a surprising number of options to consider when you go out reflector shopping. You’ll need to consider what color surface you want, how big it should be, and even what shape will work best. Here are some tips and suggestions to help you get the gear you need.

If you’re not exactly sure what you’re looking for just yet, opt for something that gives you lots of flexibility. You want something mid-sized to start–think in the 40-inch range. That’s big enough that you can bounce light from a good distance away, but it’s not so big that the wind will try to blow it across town with every gust.

You’ll also want something that offers different colored covers. The average convertible reflector promises 5-in-1 surfaces. That typically includes a pair of dual-sided covers, as well as an inner translucent panel.

That semi-light-permeable panel acts as a simple diffuser when it doesn’t have a cover on it. You essentially use it the same way you’d use an umbrella if the sun was your light source. It creates a much softer light than direct sunlight.

The gold and silver sides provide a hard, lively light that’s very directional. Because the surfaces are shiny, they read like small light sources that create clearly defined shadows. The silver adds more neutral fill while the gold warms it up.

Lastly, there’s typically a white and black cover. The white side acts as a neutral, subtle reflected light source, while the black side absorbs light and acts as what studio shooters call a flag. That black side can be handy from blocking lights from the camera to prevent flare or just keeping environmental light from creeping onto your subject in a controlled shoot.

A single reversible color contains all five different reflector colors for super-simple setups. At 43-inches across, it’s big enough to make a real difference in any scene, but you won’t feel like you’re going to dislocate your shoulders trying to get it folded back up. A sturdy loop makes it easy to attach to a camera bag with a carabiner or clip onto a stand so it will stay put while you’re busy shooting.

While a cheap reflector will work fine in most cases, they also take a serious beating out in the field. Sticks poke them, dogs chew them. I once had a shoot on a farm where a huge pig literally bit a hole in my reflector. You never know what’s going to happen.

Look for something with a sturdy metal frame that won’t flex too much. When shooting, you want to have a sturdy place to grab onto the reflector so the light it’s throwing doesn’t move around and ruin your shots.

Best that can stand up to heavy work: Profoto 47-inch reflector

The extra-heavy-duty frame on this 47-inch reflector makes it rock solid when you’re holding it on a shoot. It also has a pair of chunky, sturdy handles that give you a solid grip. It’s available in a number of two-sided options, but I like the mixture of white and what Profoto calls Sun Silver. It’s a mixture of the company’s silver and gold colors that give a slightly warm tint instead of an overwhelming gold.

Focus on the face

Headshots require exacting technique when it comes to lighting. When you’re that up-close and personal with a subject, little technical things can make a big difference. Put that key light a little too high? Bam, raccoon eyes lost in shadow.

A reflector can come in really handy when you’re shooting in the studio. Fill lights typically come from below or directly in front of the subject, which can make them seem very bright to the subject. Replacing them with a reflector can have a similar effect on the photo while taking it easier on your subject’s peepers. The right reflector can also help you shape light just right in a way that’s more difficult with a powered light source.

Headshot photographers used to use a series of three reflectors below a subject’s face to get an appealing wrap-around fill light. Westcott took that concept to the next level by creating a single curved reflector that can do a more consistent job at the same task. It’s built on an aluminum frame that you can take apart to transport. The head tilts so you can dial in your perfect reflector position before you get on with the rest of the session.

Giant reflectors can be tricky to use out in the real world. Their uncanny ability to catch wind like a boat sale makes them difficult to hold still. But, if you’re shooting in the studio or you have a lot of A clamps and stands (or a sturdy assistant) to keep them still, a big reflector can be wonderful.

Because they come up to 80-inches in length, large reflectors can do a great job blocking harsh overhead light over a reasonably large area. They can also throw light back at a subject’s fully body if you position them carefully.

This massive oval reflector has three durable handles to help you keep it under control. Use the black side to block even the gnarliest sun or take off the cover completely to create a huge scrim for overhead soft light. It’s so big that you could even have a subject stand in front of it to get some headshots with a nice, clean backdrop.

The best collapsible reflectors are the ones you have with you

These things fold up small enough that you could probably cram one in your camera bag and take it with you most everywhere without really feeling it. While big reflectors are more versatile in most situations, a smaller version can fit places its wider siblings can’t. They’re also much more subtle. I’ve shot some magazine jobs in restaurants while they were open. Shooting flash was out of the question, but unfurling a massive reflector seemed just as disruptive. My small reflector came in handy to give me a perfect little kick light on an adorable little cupcake that ended up running as a full page in a food magazine.

Best to throw in your bag for emergencies: Emart 24-inch 5-in-1 reflector

For less than $15, this reflector can sit just about anywhere you might need it in a pinch. Stuff it into a camera bag or leave it in your car. When, when you need it, you can bust it out and get a full 24-inch reflective surface to help toss light where you want it. Despite its small size, you still get all the color options and the loop for hooking it to a bag or stand.

Q: What size reflector is best?

If you’re on the fence about what to get, it’s best to start in the middle, which is around 43-inches. That’s a good base model that will work in the majority of situations. If you shoot in a lot of crowded or windy areas, then something smaller might suit you better. Only go with something huge if you really know you’ll need it.

Q: What reflector should I use for portraits?

It depends on what lighting conditions are like and what effect you’re going for. I find the gold reflectors a bit much in most situations and mostly prefer silver or a mixture of gold and silver some companies offer. White will also be fine as long as there’s no colored light in the scene reflecting off of it. Light coming through trees, bouncing off the reflector, then hitting your subject can sometime shave a green tint, which you definitely don’t want.

Q: How do I choose a reflector?

Luckily, reflectors are one of the cheapest lighting accessories you can buy. I recommend starting with something that does it all, then moving up to something higher quality that offers the features you use most.,

Light is our friend, but sometimes it’s a real jerk. The best collapsible reflectors help push it exactly where you want it without having to bust out the lighting gear. When it comes to cheap photo accessories that can help your photography, it’s hard to find something better than good reflector.