There's a little too much spring in the air. 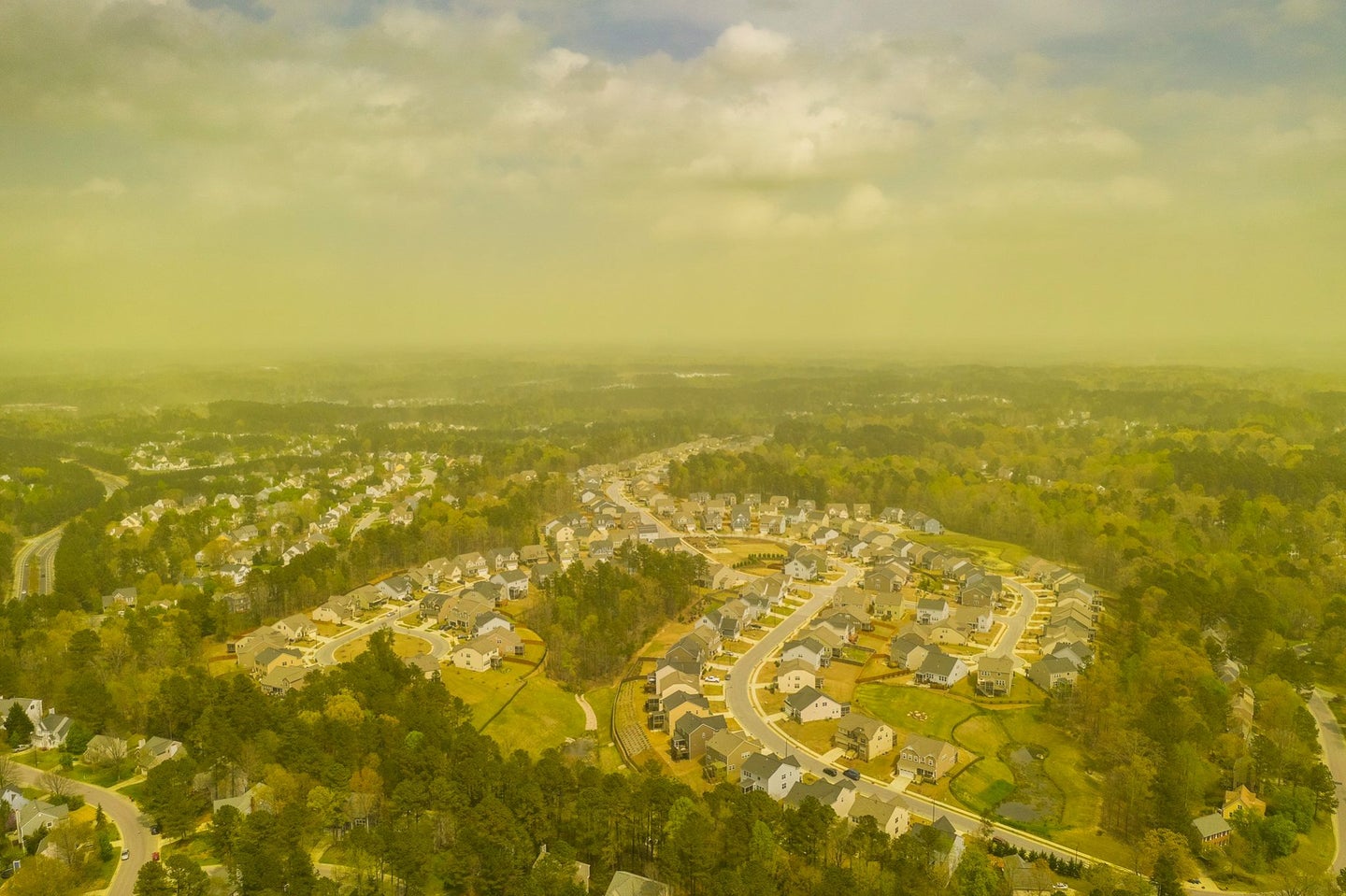 On Monday, residents of Durham, North Carolina encountered what some are calling “pollmageddon,” during which an onslaught of greenish-yellow pollen blanketed the area. It covered cars and patios, and even visibly floated through the air. Photographer Jeremy Gilchrist saw the allergy apocalypse from his car and sent up his drone to document it.

He posted the eye-watering photos on Facebook, writing, “No tricks here. Yes you are looking at a green haze made up of tree pollen from the pines of central NC!”

The region’s trees have begun mating in the warmer weather, and that means high pollen counts. The Raleigh-Durham area experienced the fifth highest pollen count in the U.S. on Wednesday, according to Weather.com. From 10 a.m. Monday to 10 a.m. Tuesday, the North Carolina Department of Environmental Quality reported that the count was over 2,500 pollen grains per cubic meter.

Several hours after Gilchrist took the photos, residents got a much-needed break from the particles after thunderstorms rolled through the area and washed most of them out of the sky. Gilchrist captured that, too.

But North Carolinians aren’t out of the allergy-infested woods yet. Pollen counts through the end of this week are expected to remain very high as the trees continue their airborne courtship. Hunker down—it’s going to be a sneezy, yellow spring.